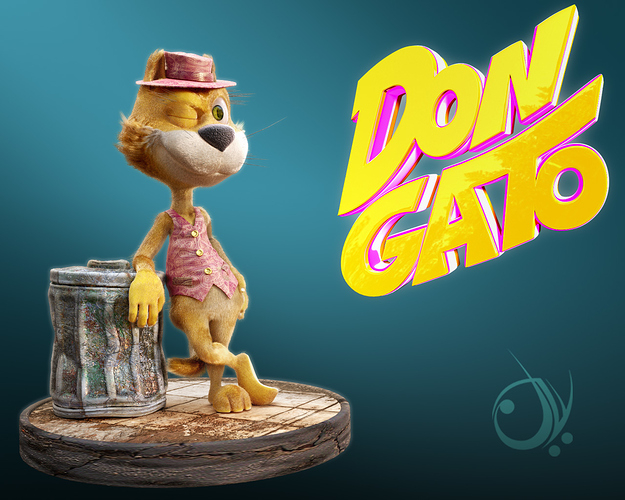 I saw your work with the works in progress and the result is better than I imagine but I think this version lost some personality of Don Gato, despite of the personality of the challacter, great render.

ImmortalZombie and juanrav thank you

LOL very cool! How about bending the head a bit down/any direction? Actually it seems to be pretty straight thus giving it (the head) a bit of a static appeal on a rather dynamic pose.