Hello everyone,
After spending sometime with setting up UV maps and realizing how difficult the process can truly be, I sought alternates that would allow me to modify or recreate 3d models without messing with the UV map.

Ofcourse a new problem stems from this cautious approach to UV retention, which is mesh topology and subdivision problems. Something as simple as elongating limbs or detaching and re-attaching mesh parts is frustratingly difficult, even on low poly meshes. So far I have not gotten good results: 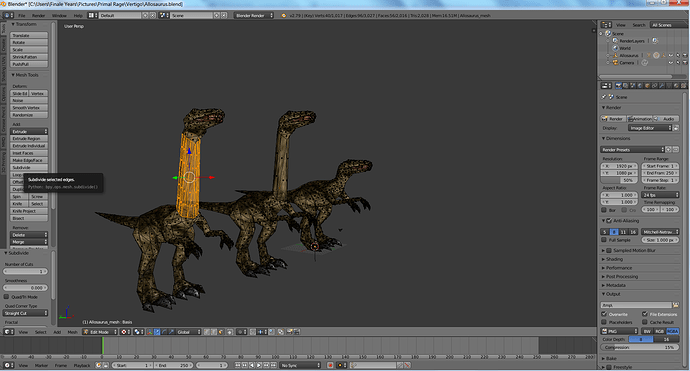 Starting from the right most model, I wanted to elongate the neck of my dinosaur to a taller length. However, doing so causes the topology to mess up. I try using the subdivide tools and the modifier but the results are poor and ugly to look at. Getting this right is important not only for deformations in the rigging process but to accurately re-adjust the UV island to a updated texture.

Here is the file for this one: Elongation.blend (1.3 MB) 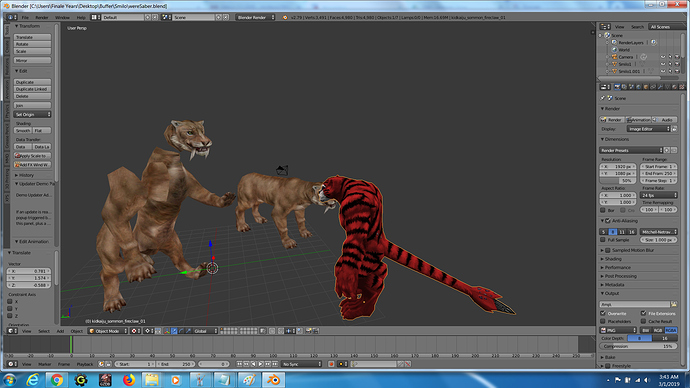 In this case, I want to minimally restructure the sabretooth lion’s pose to that of the red tiger on the right. As you can see I cut up the regular sabretooth’s limbs and attempted to reattach them back in their space with some means of creating a bridge that would allow manipulation and additional space for vertex deformation on the limbs. I’m not able to do this with shapes or regular edge loop commands, not with decent topology atleast.

In short, I need some advise on how I can make the most minimum changes to my models without having to redo the whole topology on the affected parts. Perhaps a smart topology addon or method to clone existing parts in a way that they neatly elongate from their faces?

I have looked all over the internet for these kinds of tools/tutorials and so far found nothing.

UV Texturing is the last thing you do on a model!
deformation should be minimal cause it will distort the UV texture

don’t expect that if you do large deformation the UV will auto adjust !

may be other people can give more info on this !