I’m working on a character model and have reached the point of needing to do…well…clothes. I’m using Cloth Weaver, and my process is to model the various parts as if they were actually being cut from cloth, and letting the plugin do the rest of the work. This means topology is going to be really important to make sure everything flows right as it’s “stitched” together.

I’m doing a full set of early/mid-15th Century garments for a female character: chemise, kirtle, and gown. Right now I’m working on the chemise, based on a historical design with built-in breast support (not QUITE a bra, but functionally similar. Its going to consist of three parts: A heavier, supportive garment, and a lighter weight skirt and “bag” to hold the character’s bits. However because of the shape I’m running into problems figuring out how to do the topology. 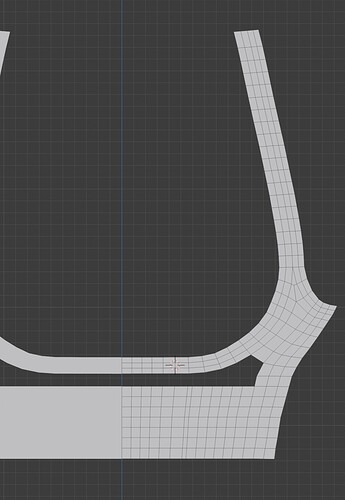 So this is the foundation part. I presume that I want the topology to flow as follows: 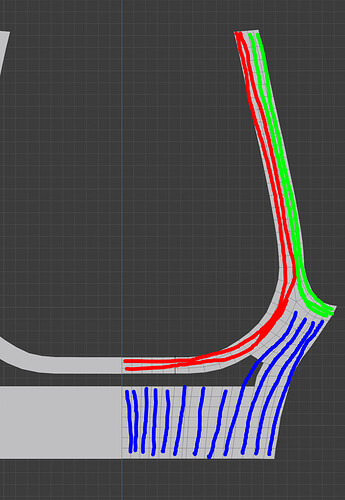 The problem I’m running into is getting it all to line up neatly and avoiding triangles. As you can see, I now have a bit of a gap that still needs filling

The back right now is…a mess. 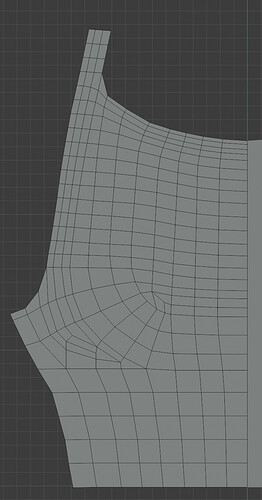 (Yes, I know the number of loops on the arm strap and body don’t match up. I’ve made significant changes on the front since my first attempt, and simply haven’t gotten to the back yet.)

Again, I’m trying to get the topology to flow smoothly. As with the front, I suspect I want the arm strap to come down and flow both around the neck line, and along the shape of the arm hole. But then there’s how the rest of the back panel should flow with the bottom band. Should it follow this “U” shape like I (mostly) have here?).

Ultimately I need to be able to do two things: 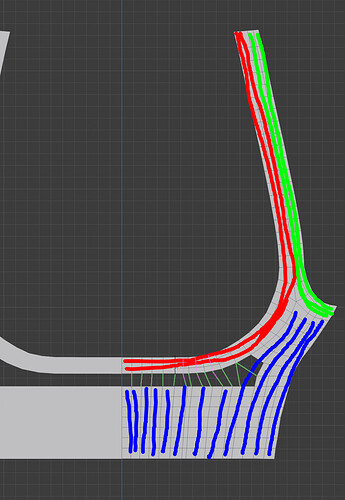 The question for me is: why does your back and front have different number of loop cuts in vertical direction at all ? Even the staps have 3 or 4??

The topology can be smoothed out/ evenly distributed later.

The question for me is: why does your back and front have different number of loop cuts in vertical direction at all ? Even the staps have 3 or 4??

As I said in the OP, I simply haven’t gotten to the back yet. I was trying to set the front first.

Ok, so here’s the completed back: 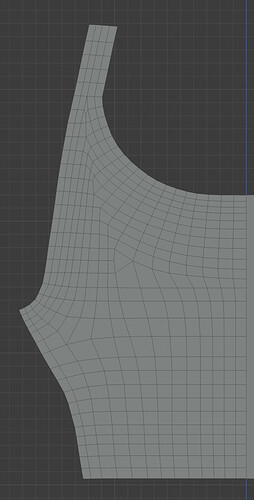 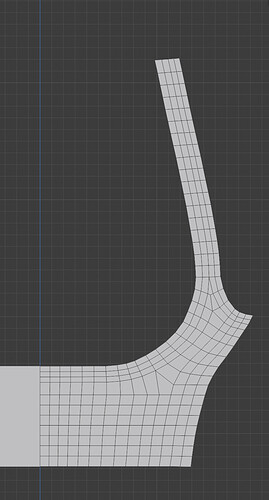 I still need to go through and smooth out the positioning, like I think I could spread out the vertical distance between rows on the neckline up front. Any other thoughts on the topology here?