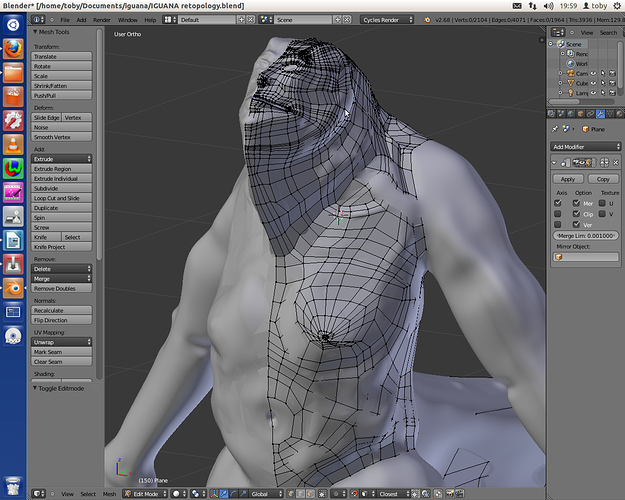 Doesn’t look too bad to me (but there are some very talented people here who might have more suggestions). The main thing I would fix on this model is to try to slide some edge loops around so that the spacing between loops is more regular in any area, and changes smoothly from one area to another. The edge loops could also be smoother, as in no zigzag lines particularly prominent in the throat. So: fewer, smoother, subsurf ready. 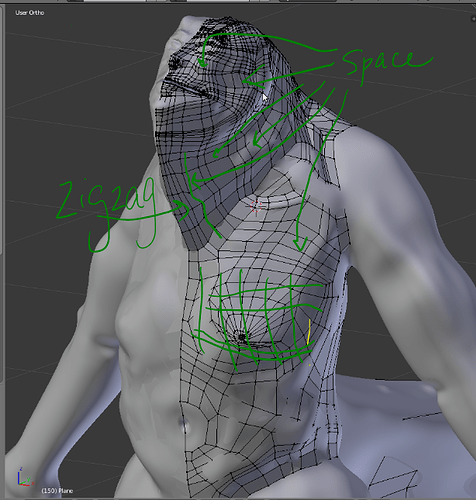 Try turning on xray in the object panel to see your mesh.
Enable looptools and use the wonderful space and curve and relax tools to regularize your mesh in large sections at a time!
Additionally, you are doing this without subsurf modifier, and if you don’t have a particular reason to this is not good practice. For example, there are too many polys in your face region - I would add a subsurf and start moving and perhaps even deleting edge loops there. Otherwise you seem to be doing well with using quads in contour lines.
Perhaps he doesn’t need quite so much boobage. That coming to a point is usually only necessary if you are going to be using large bra sizes.

Don’t try to hug the surface of the sculpt too tightly on retopo. If you make a whole bunch of polygons to cover detailed curves, say for instance on his face, you’ll end up with a lot of edge loops you don’t need that you then have to follow down onto the rest of the body. If you have to choose between making a lot of skinny rectangular quads or losing some surface detail, pick the latter. Try to keep regular quads that are closer to squares, and avoid those long skinny things you have going around the jawline and neck. It will come out blocky, but that’s what subsurf and baked normals maps are for.