Got bored and decided to go ahead and try and create another Pokémon. Some of the details are off but i just went with it as i didn’t have much of a reference image! Only a work in progress so what do you do think thus far? 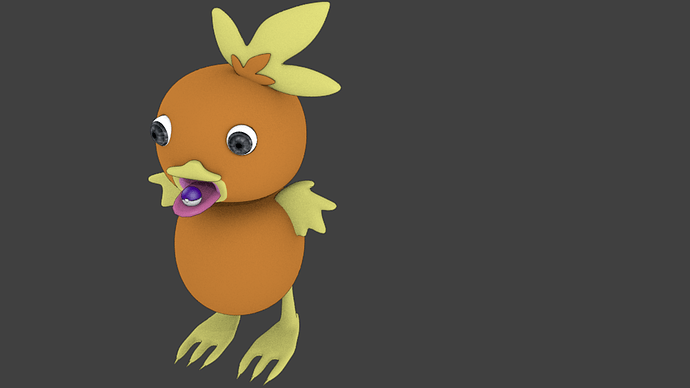 The eyes really didn’t fit the model so i decided to go for the simpler technique of just using materials instead of a texture. I think it looks better personally 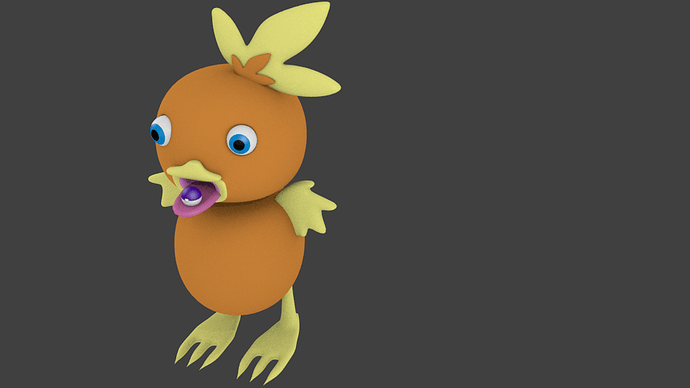 The eyes and the feet looks odd.

Practically new at trying Character modeling as i mostly just focus on items and such. Could you tell me in more detail what’s wrong with the feet as it looked pretty right compared to the reference. Also eyes i have kinda no idea how to do properly so if you or anyone could lend a hand that’d be nice!

You need to take a look at the feet of a chicken. It’s pretty much the same design. As far as the eyes, they are simple black dots on the face. For the wings, take a look at a chick’s wings. For the most of the model you could google the image of Torchic.