for the last two evenings I’ve been working on a small and additional last minute Christmas present. This will be an animation of the toy train. First the train comes in like you see here. The camera shall then zoom in and focus on the photos, to give them more room. There will be about 40 wagons. Nothing but a silly idea, so to say. The sketches that you see now are placeholders for the real photos of a trip with my family, which I plan to use for the final animation.

First I thought of painting some more details on the wood textures. But I tend to skip that, because I think that it would distract too much from the photos. I guess its better to keep it uncluttered. 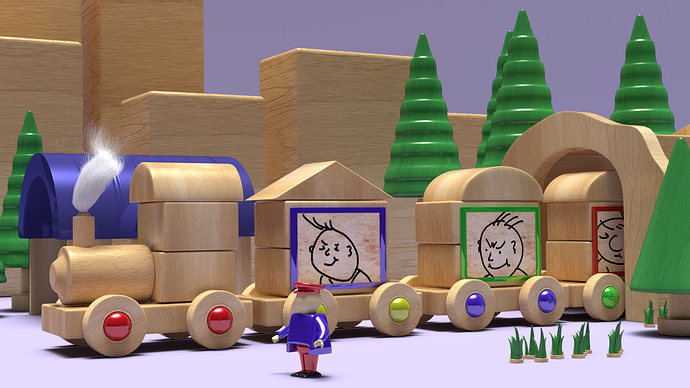 This is awesome! I love the idea.

I wouldn’t change the wood texture; it looks good to me. Great job!

This looks like a fun project Minoribus. I agree with ShadowCamero the wood texture looks good to my eyes. Maybe consider adding a train track.

Cool idea. As others have said, the wood texture looks great as it is. I also like the “smoke” effect at the front of the train.

The face material of the officer has another color and more gloss to keep it from fading away. But think it’s too pinkish now. In turn I toned down the glossiness of the plastic parts of the wheels. But they are really shiny in my references also.

Other than that I put in some tracks, which required some struggling with the simple deform modifier and with UV mapping. And I rearranged some things, explored different angles and some DOF. 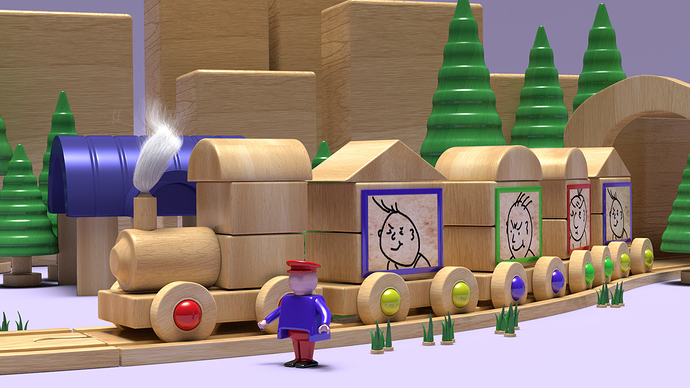 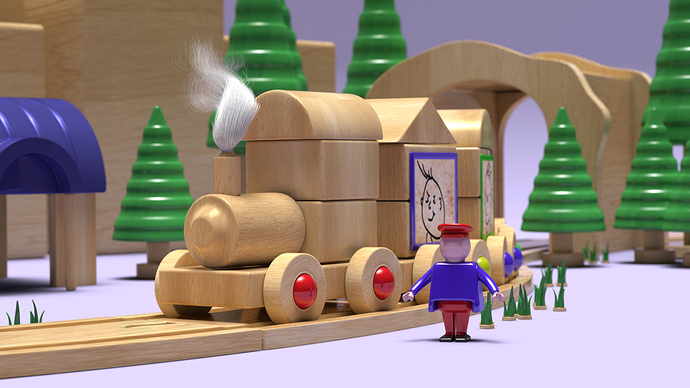 Now you see me thinking about a slightly more yellow light to give a warmer light to it. And because of some sharp lines in the reflections (for example on the officer’s face) I should try to replace the simple backdrop with a completely surrounding one in order to reduce these sharp lines.

The tracks came out really well Minoribus. Are the sharp lines you are referring to the conductor, the specularity or the shadows?

Cheers, Harleynut, I was talking about the reflection of the “horizon” in the glossy areas. They are bugging me. Ha, Ha, haven’t you and Wega been talking about details in your thread lately?

Therefore I try to minimize these lines by placing everything in a big soft “bowl”. I don’t know how it is named but I saw this being used for cars. 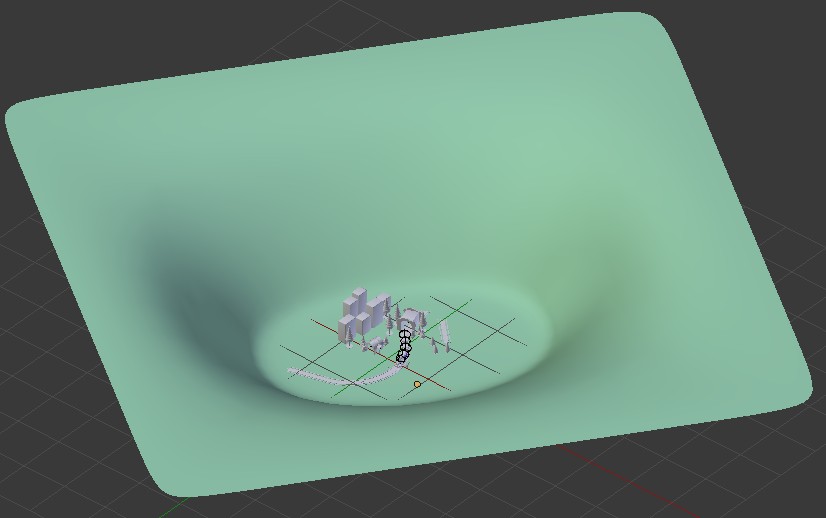 I really like the wood material! And the idea is great. Brings back childhood memories (that wasn’t Lego :D).

Yeah, I never had one of these but I also remember many, many afternoons spent with my brothers and a model railroad. Than came the computer. Now I make a train on the computer

Time is running and yesterday I made some test with the engine, which is following a path along the rails now, and the rotation of the wheels, for which I set a driver. The driver simply takes the frame number and modifies the x rotation of a wheel. Also, I wanted to know how long this would take per frame in full HD. Now I have about 5 minutes with a reasonable set of light paths.

I guess the driver is causing the penetration of the wheels through the rails, as you can see in the little test video. Before the driver that didn’t happen. I’ll have to do this again and see what happens. And perhaps a little force field for the smoke. There should be some movement in the strands. At least that would add to it. But - time is running and I’ll have to take the render times into account. 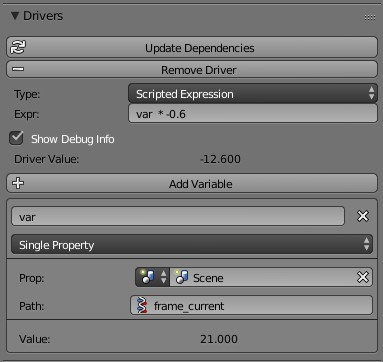 The next challenge was to have the wagons also behave properly. But thanks to this video from BlenderShortTests I have a solution now. The key was to not simply parent the wagons to the path but to use a follow path constraint. Every additional wagon has to have an offset.

I experimented with a force field but found it disturbing. I think I have solved all difficult parts now. But who knows

Next will be some experiments with timing. How long should a photo be visible?

Wow… the train animation is looking fantastic. I liked how the camera is following the train.

I think the speed of the train itself feels a little too fast (especially in the post#11 video) since it is a toy train. Not sure if your planning on using motion blur, but that may present a problem viewing the photos.

Thanks, Harleynut. I reduced the speed in the next video. As you said, motion blur would be nice for a train animation, but it would influence the photos. So I disabled that.

In the meantime I made an open GL render of what I have so far. Only the first photo frame stops yet. This is done in the VSE and I will take care of the other photos in the VSE also. And I learned how to use the speed control strip today

I’m starting the first renders for the first cut over night. This time I’m going for full HD

Oh, and by the way - I thought about changing the floor like FaceBone said - but I like the kind of studio atmosphere. I feel it is a nice surrounding for the photos.

Yesterday I finished it on time. It took 80+ hours to render this animation with 47 photos in full HD and it kept my machine busy day and night.

Therefore I rendered an additional version with the placeholders to give you an impression of what the final version looks like - with many more photos, of course.

The music is “Dog_and_Pony_Show” from the YouTube Audio Library.

Merry Christmas to you all.

Just LOVE it, merry Christmas to you too.

It really came out wonderful, I hope your family and friends will enjoy this unique way to display your memories. I think you really got the timing right for the length of time for each photo, and the intro works really well.

So how long was the actual video?

Shaun, Harleynut and ShadowCamero, thank you very much for your kind words and good wishes. I’m happy that you like it

The complete video plays about 4 minutes. That’s maybe still a bit short for some of the images, but I thought that it would be better to press pause (if it runs to fast) then to press fast forward (if it runs too slow).