After seeing the “Toy Trains at Sunset” and the Toy Train SMC, I thought I would make my own. I know they are simple, very basic stuff, but a good use of it. The trains seem to have a playful, yet somewhat lonely aura around them, and it isn’t just the outlines. 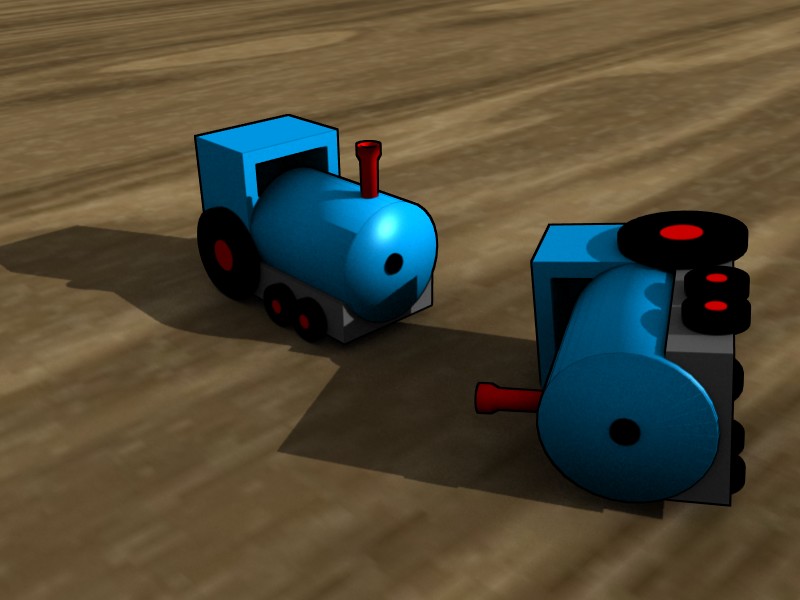 they are lonely because they need more cars.

I agree with Modron.
And I’m not very found of the black outlines, at least, not in an image without toon materials. That looks a bit strange.
So, just a few tweaks to that image would really improve it