I’m trying to do a scene with train tracks & then a light & silhouette of a train in the background (like through a fog)
Here’s my first clay render: 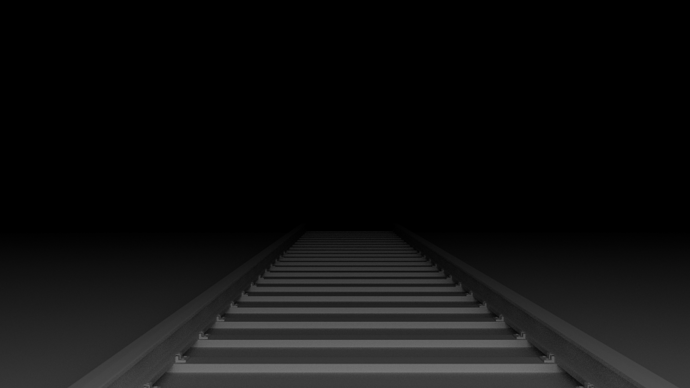 I still need to add the light in the back, but what do you guys think so far?
Any and all critiques are welcome 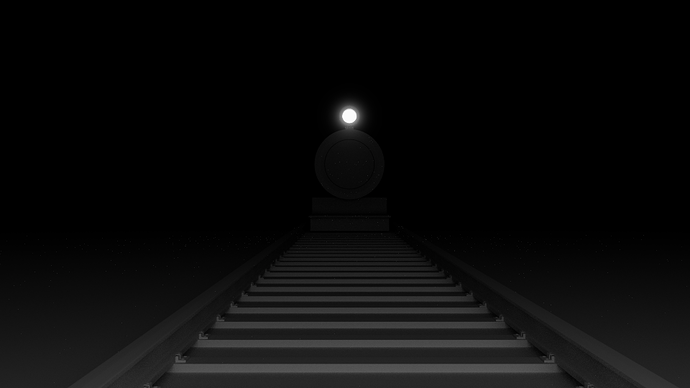 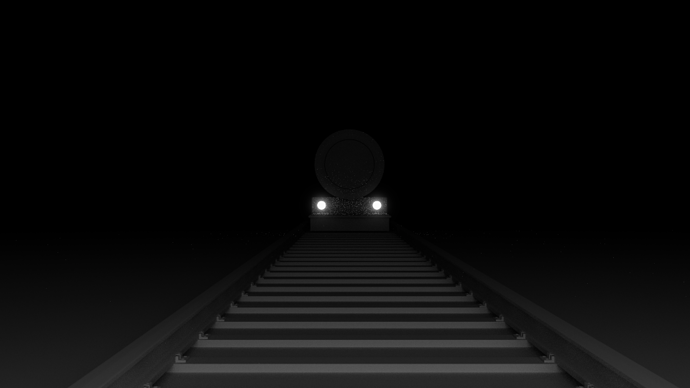 Which looks better: One light on top or two near the bottom?

At night the light is bluish nor grey. Put some blue into your lights. I vote for a single train light. Also the rails seem a little close, but then I am not an expert at train tracks.

I would also say that the light on the top is better. In the second one (the train with too lights), the top of the train looks a bit bare. Also the train seems to be inside the tracks (as far as I know, they travel on the two side rails). Then again, I’m no expert.

I wouldn’t want to say that it’s true in all parts of the world, but here in North America, (Canada, US) the engines and cars are all nearly twice as wide as the tracks. That is they hang over on both sides of the rail. They don’t sit down inside the rails.