Hi. The scirocco has now reached a stage where there are going to be nights on end while indigo bakes the image. So i thought i would go back to an old project that had been all but forgotten. The idea is to show a small town train station without people. Let’s see if we are able to finish it this time around. 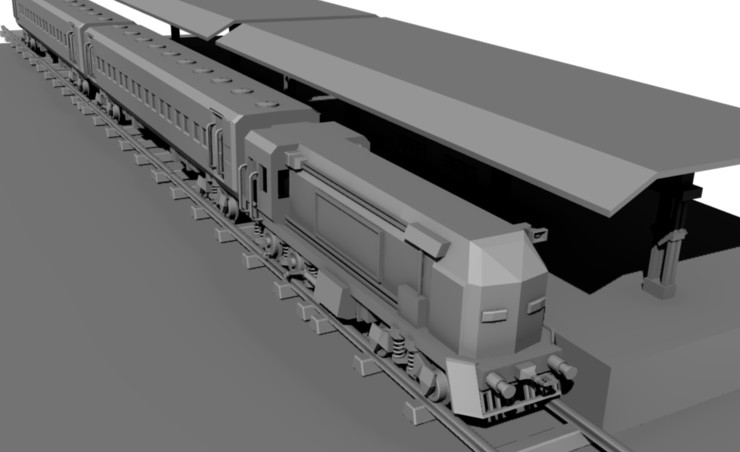 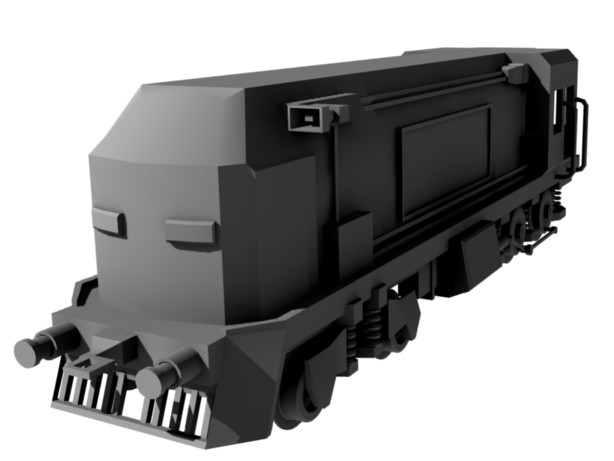 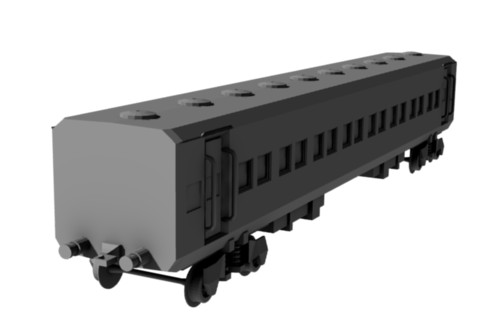 Looking forward to an engaging series of crits, comments and feedback.

All the details are amazing! I’d love to see it rendered with some nice textures.

There’s something about train stations, isn’t there? What I can see looks good, how about a shot from the platform?

I know when I ride the DC Metro I want to model one of the stations. Neat light and textures. I think I need more skills before I attempt that one, though.

Hi,
As i saw your work on your train station, i am also working on a similar project ( i will post it soonely), so i can give you a tip, have a peek on the Blueprint website, there is a load of plan of trains…it’s gonna be usefull for you if you want more details on your train.
good luck !

sorry for having disappeared without updates. the job’s taking too much of my time, and i also lost internet connectivity for a short while. enough for a rant.

Meanwhile, i did some quick review of the project and decided that i need to use a loco that is actually used in India. Being a small town station, a diesel WDM-2 class locomotives had to be the natural choice. These were first imported fully built from ALCO, US in the early 1960s and are till date the most popular diesel locos in india. Ofcourse they are now made in india, which recently became the 6th country in the world to have a successful mission sent to the moon! 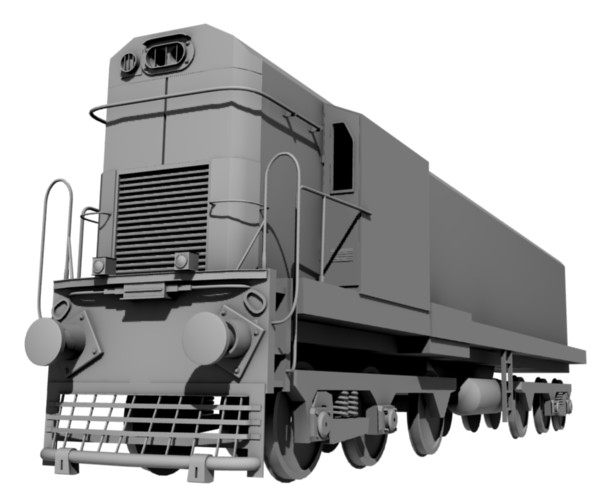 Here’s the progress so far. Maybe the scene doesn’t require so much detail on the loco, but i guess i am having fun with this one.

nice desi engine…in ur last image,the wheels at the back appear to be disconnected from the main engine body…do u plan to connect them with the engine in some way??? waiting fr it to be textured…

Front part of the loco looks good. Are you working front to back on the details? Behind the front of the cab looks quite unfinished yet.

presenting a rather slow and tedious update: 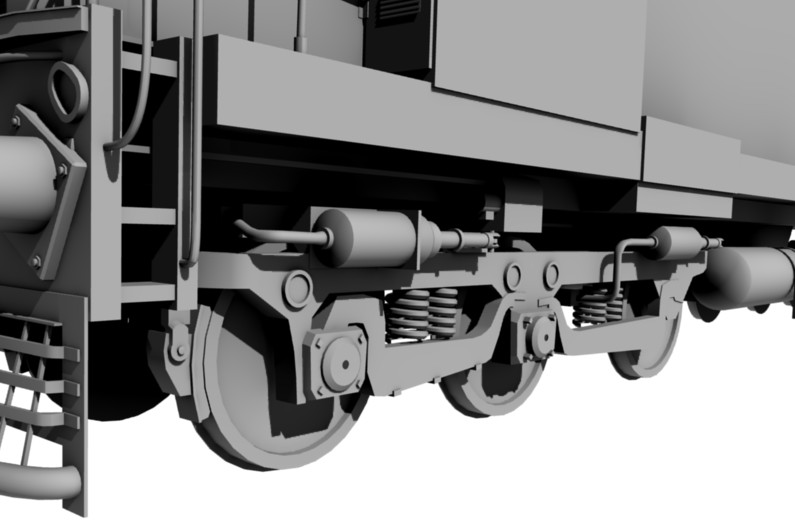 the front wheels, i think i will stop at this and cover the remaining ground with texturing. Also, i am going to duplicate and mirror this for the rest of the wheels. time to start working on the main body now.

Making good progress! Good detail on the front truck, I think this kind of detail really makes or breaks a model of something as mechanical as a locomotive. I like it.

Very good modeling, love the details! As for the wheels/repetatitive parts, you should use instances, to save memory space. 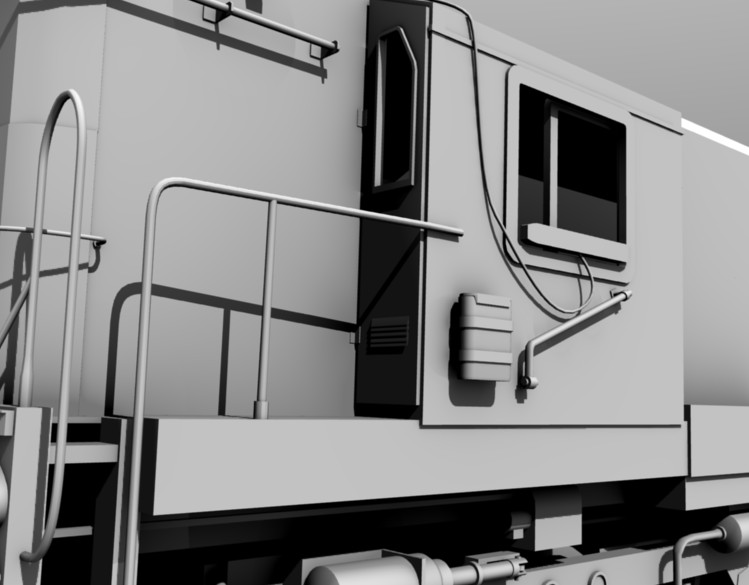 have used two mirror modifiers to achieve the 4 set of wheels. working on the body/sidepanles now…

update time…did the side panels and almost all of the body now. will keep hammering in details and then move on to other parts. 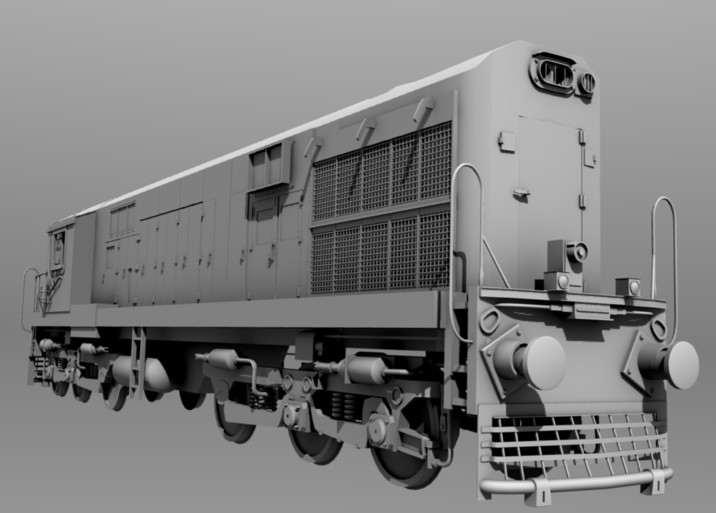 Looks good. Nice and clean.
As you said still needs more details if you want a close up but looks good anyway.

I simply don’t get how people texture stuff like this… UV unwrapping is hard, but then how do you make textures it accurately with normal maps and stuff?

@ shnitzekiller: that’s what i am going to find out when i start with texturing. 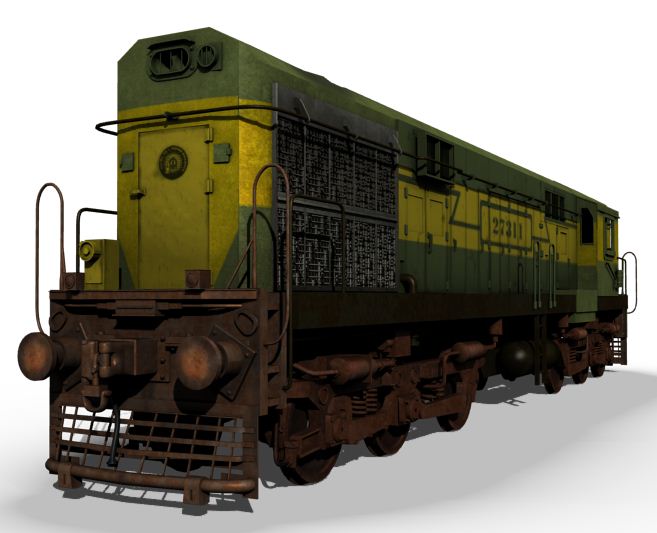 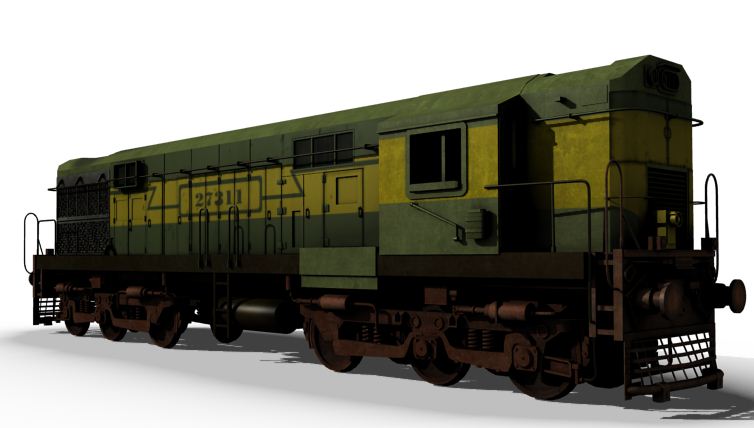 It’s been almost a year since my last update on this project (or anything in blender).
Finally picked it up again. This is the first time i am really painting textures instead of using off the shelf solution.