I want to improve my skills as an artist so please give your honest feedback! Don’t worry about hurting my feelings 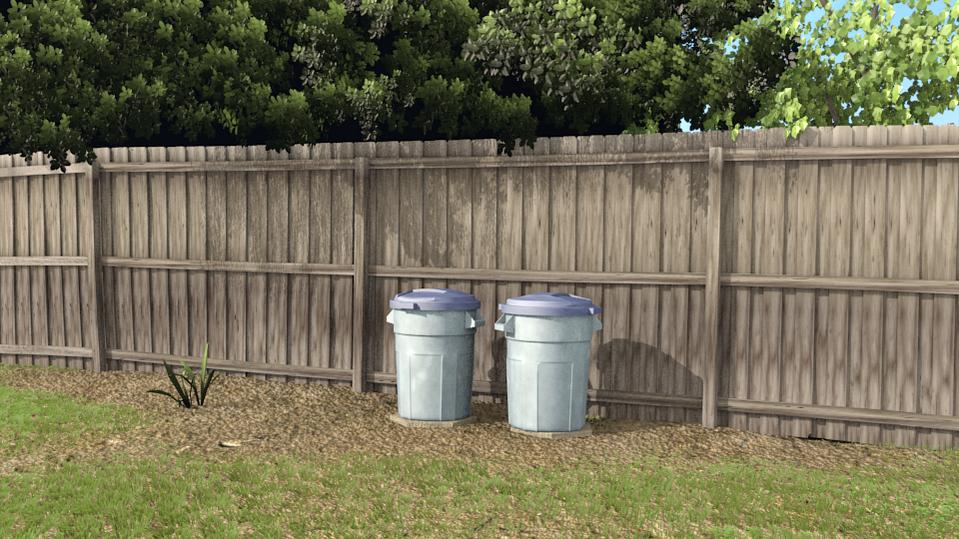 Overall, the modeling is really nice.

The thing that stuck out most is the fact that trash cans aren’t perfect. I think it needs some dirt, scratches, etc. Maybe even just darkening the color some would help.

At first, the leaves coming over the fence made it look like some of the boards were snapped, however, as I have studied it more, I like how you did it.

To sum it up, I would darken the trash cans slightly, and either dent/scratch them slightly, or maybe even just change the texure… Also, if the cans are meant to be metal, I would up the reflection slightly.

If you wanted to, you could model a few random toys lying around the yard as well.

But then, as I tell everyone, take it with a grain of salt, because what do I know?

Overall, a really good job! I do agree with NOOb about the trash cans though. they just seem too new. They need some wear and tear on them.
But I think it’s great beyond that!
:>)

The lighting seems really overblown. Try adding more contrasting shades. Turn down the level of AO and make the shadows deeper and darker.

the one thing the catches me right off the start is the fence texture. looks to repetitive. all so it still looks to perfect for an out door wood fence.
the last time i did a wood fence. after i modeled it i went in to sculpt mode and started warping it and messing it up. that all so helped the texture out as it changed the way it mapped for me.
now the mulch. i all ways have trouble with a ground texture like that. and have never found a good way to do it. how ever we ar not alone. i see this in mags like 3d world too. the quick fix is to go with your camera and find mulch that is similar to what you want (lighting and all) and shoot it from the same angle as you cg image. then work that in to your image. the problem i find is that as it gets closer to the camera it looks like a texture and less like the ground.
i was going to try to use a partical system to dump mulch in an image a wile ago. never did try it. (create a bunch of wood chips, texture them, then group them then dump them in a pile on a plain).
great job on modeling the trash cans. but every one is right her scuff them up. maybe even warp them in sculpt or a lattice.

I agree with what everyone has said so far; that this is a nice job overall. However, much to my surprise, no one has mentioned or even hinted at there being no story to this render. I have learned from Andrew price’s focused critiques that not too many people will give u good comments of they don’t feel anything emotional when looking at your render. I suggest you take this a step further and give it a story. Maybe tip one of the trash cans over and have a picture of someone’s family laying on the ground next to it ( u don’t have to use that specific example but it’s just an idea). I would really like to see what u come up with

I’ll keep an eye out for your progress

Thanks everybody for your comments. You guys have made some really good points. It is funny you mentioned Andrew Price Fpsgod17 because he is the reason I’ve posted here. I read one of his post on how to become a better artist by posting one public render a week and try doing scenes from photographs. Here is the photograph. 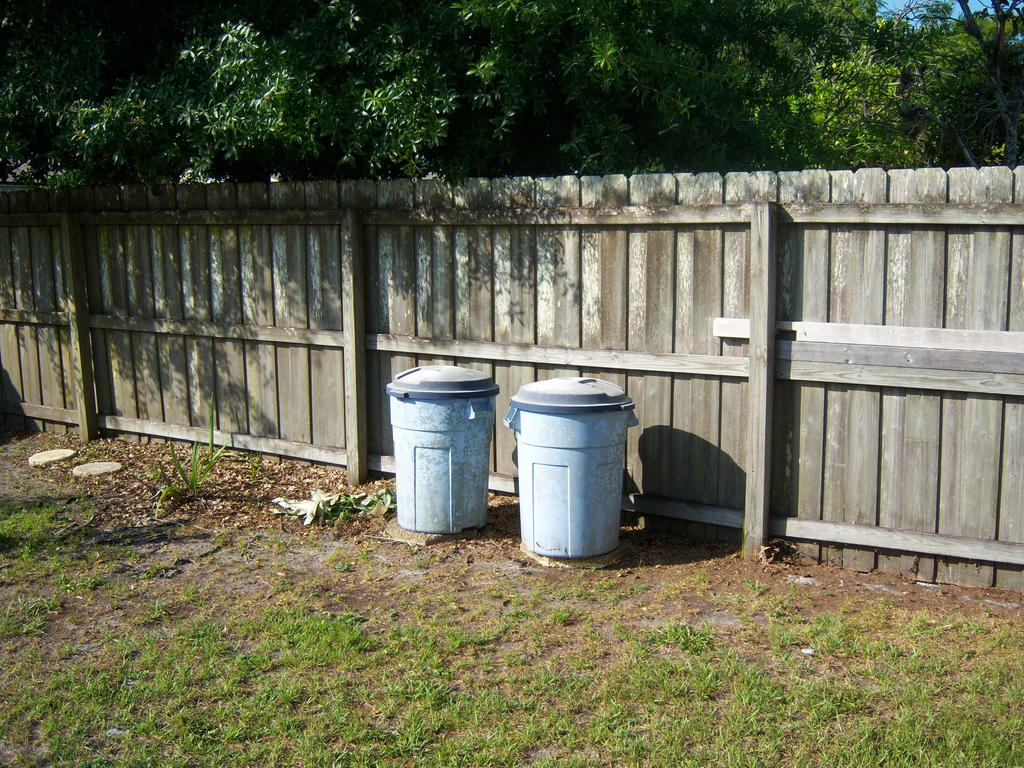 I had planned on calling this done (I’m allready working on next weeks render), but your comments have got me thinking about working on it some more. I really liked the idea of telling a story with the spilled garbage, a lot of possibilities there. And I’ll have to address the repetitive fence textures and mulch too. Once again thanks for all your comments, very constructive. I can see I have a lot of work left on it

The textures on the fence are very repetitive. Perhaps add an overall texture to the whole fence (like a grudge texture) in addition to what you have done, just to break up the repetition. Overall it is a nice render. The trees are nice. Maybe increase the light intensity to match the one of the photograph.

The textures on the fence are very repetitive. Perhaps add an overall texture to the whole fence (like a grudge texture) in addition to what you have done, just to break up the repetition. Overall it is a nice render. The trees are nice. Maybe increase the light intensity to match the one of the photograph.

Agreed, it’s very easy to spot the repeated texture. You should consider finding additional images to use for you UV’s. Aside from that, love what’s going on with the tree shadows and such.