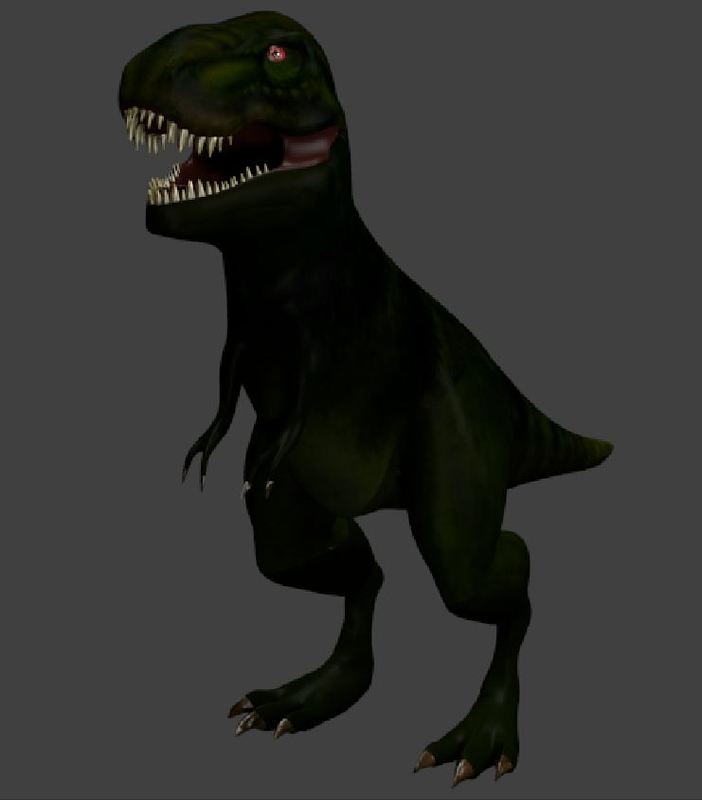 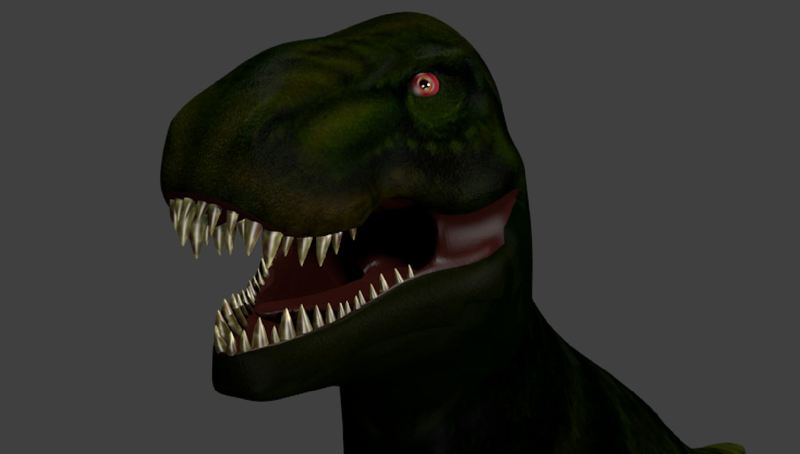 eye needs a little more work on the inner part 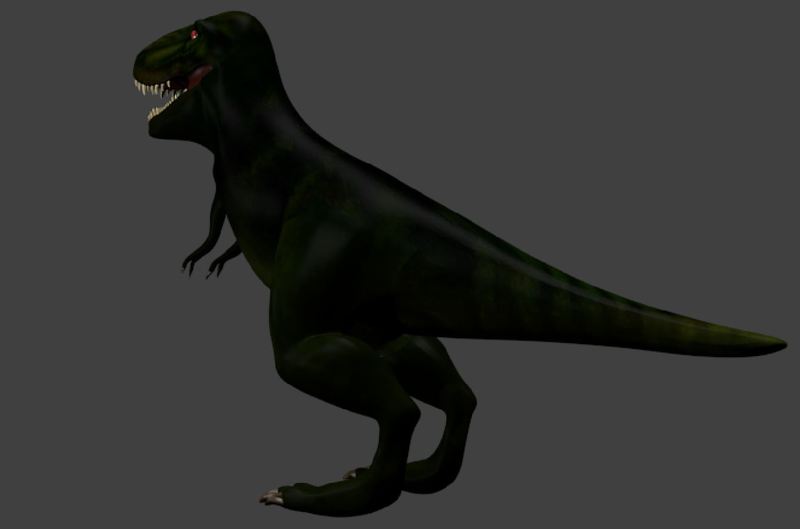 also need to hide some seams.

I am new to blender and 3D artwork. This model was about a two week process for me because I had no clue what I was doing from one step to the next. It is still a work in progress because I plan to animate it…hopefully. I reworked it twice. The first time I did the model I was not really all that concerned with edge flow and when it got time to unwrap it I had some serious problems. I thought about scrapping it and starting over but then I figured I might as well try and straiten it out. It would give me the practice I needed, a few hours later I found the smooth vertices tool…duh?! Once I had the model straitened out I worked on texturing…wow, I was pretty lost there. Got a handle on it now though. Exported the UV into Photoshop and developed sort of a process as I went. After getting to this point I feel the next project will go twice as fast. This one I had to figure stuff out. Next time I will move more quickly. I would name off all of the tutorials I watched and who made them, but there were dozens of them, and I can’t remember them all. Anyway. Gonna work on developing a scene to put this guy in once I figure out how to animate him. Once that is done I will get it into after effects and see what I can do with it. 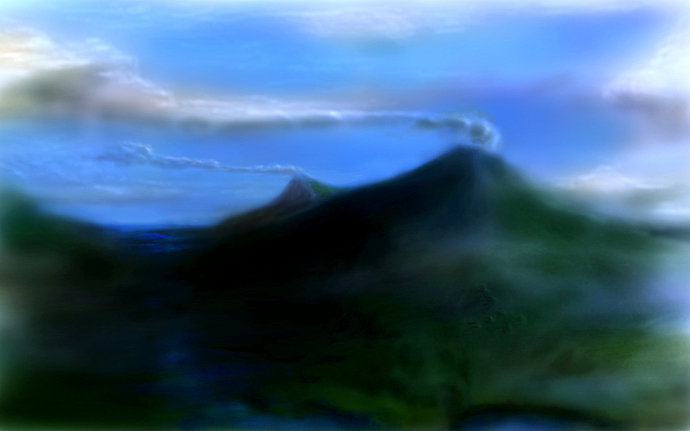 I think before I animate I will create an environment for this dinosaur. I sketched this volcanic island/penisula in photoshop just to get my ideas visualized. I like the dark blue water reflecting the pale blue sky and the lush green vegitation and the craggy cliffs. Also like the rainforest look with the pale blue mist flowing over the tops of the trees. So that is kinda what I want to create in blender Not sure how to create this in blender yet, or how to add my dino to it once it is created, but i found a few tutorials that seem promising. Will update on my progress.

for your first model its actually really good ^.^. your off to a good start.

Great work, I to have just started learning how to use Blender - a remarkable piece of software. My only observation would be that the teeth are too shiny, need some plaque/decay to make em look really nasty

The teeth do have some discoloration on them already, but the specularity might could be turned down a bit. Thanks for he comment. I will try to expand on this project more this weekend. 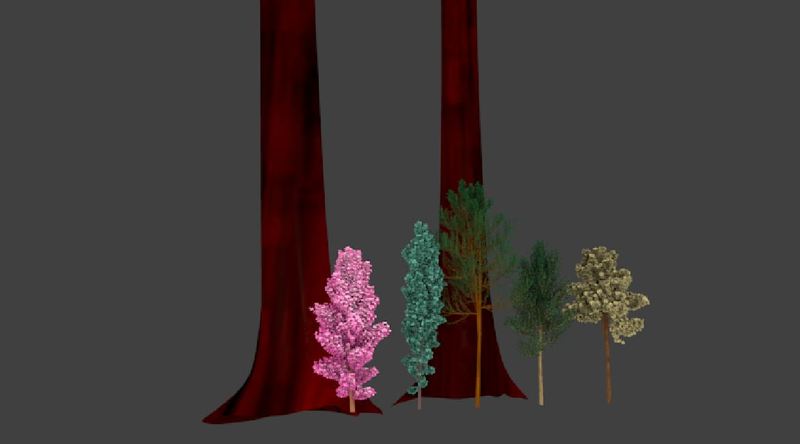 Here is the beginnings of a landscape for my Trex. Just some small shrubs and some redwood trunks, but it is a start. My idea is to animate the Trex in the foreground in front of a lake with some colorful vegitation on the far side of the lake reflecting in the water. Of course I’ll have a mountain or a volcano in the background.

Edit: These are midground trees and shrubs. How I plan to make the animation work is to do some highly detailed models of branches and perhaps a high detailed rock and render those in front of a background I can key out. Then render these midground assets and combine the two renders in aftereffects. The dinosaur animation might also be rendered seperatly as well. I havent decided on that yet.

If I am not trying to fake it, I am not doing it right. 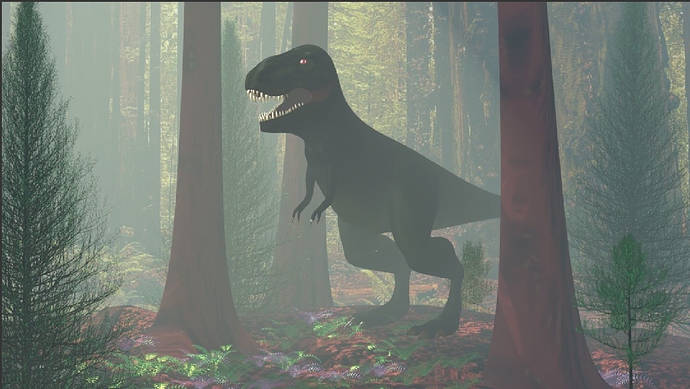 Alright, I think this is the environment I’ll try to animate him in. There are a few improvements I could make to it, but I am anxious to get this dinosaur moving. Render times are going to be long, so it will be a short animation. 30 seconds to a minute at the most. It will be enough time for him to traverse the scene and let out a roar or something. Any tips on how to reduce render times and improve the quality of what I have here are appreciated. 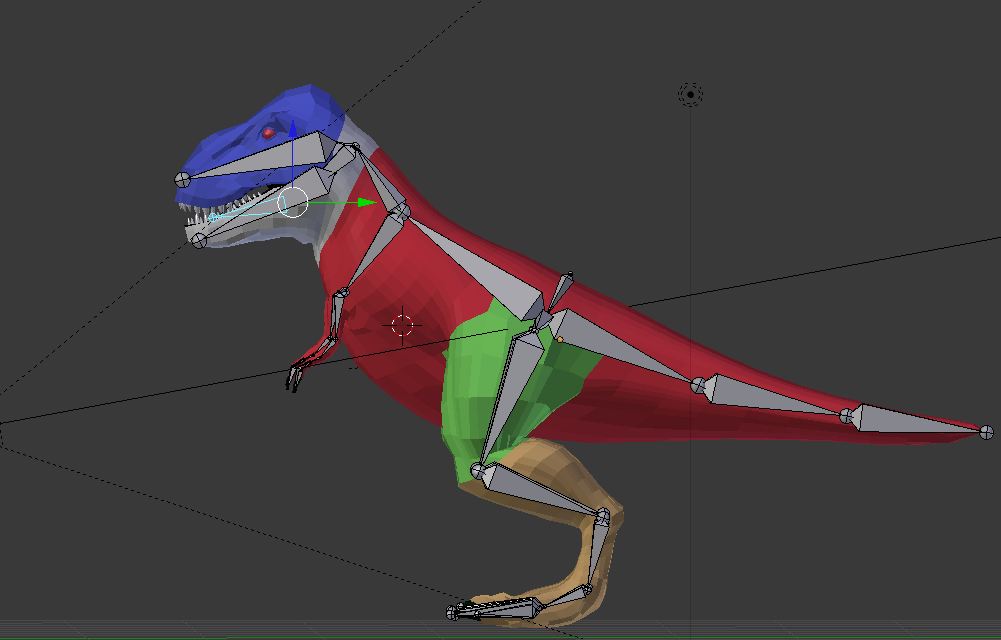 well as you can see I have been working on the armature. First time doing it and let me tell you, if you have never weight painted the tongue on the inside of a T-Rex’s mouth, you don’t know what you’re missing. I spent a lot of time tweaking the mesh while manipulating each bone in the different axis to try and get the best results. I spent a great deal of time on the lower jaw. 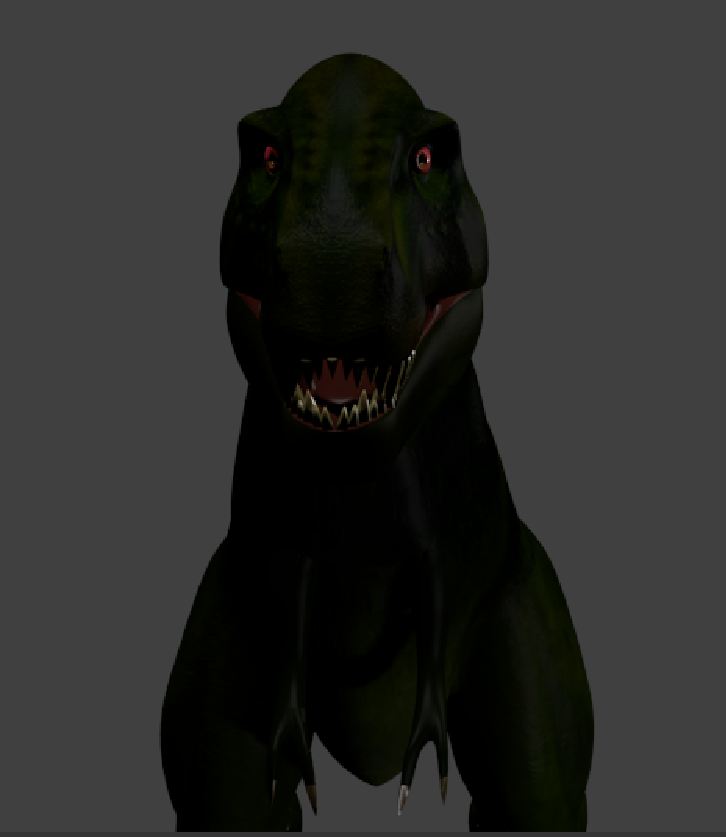 The TRex has a very distinctive mouth. It has to look right open and closed. Once I got the jawbone in and closed the mouth, I knew I needed to do some major reconstruction. I narrowed the lower jaw and lengthened it. I also rotated the front part of it slightly on the X axis. The Trex has a bit of an overbite. I wanted to make sure this on had one as well.

I start classes tomorrow, so I don’t know how much work I’ll get in on the Trex this week. First week of classes are usually light, and they are all studio classes, so I should be able to work on this some more this week. It has been a great winter break project.