Trying to model a realistic Trex for animation. I’m about to rig it. 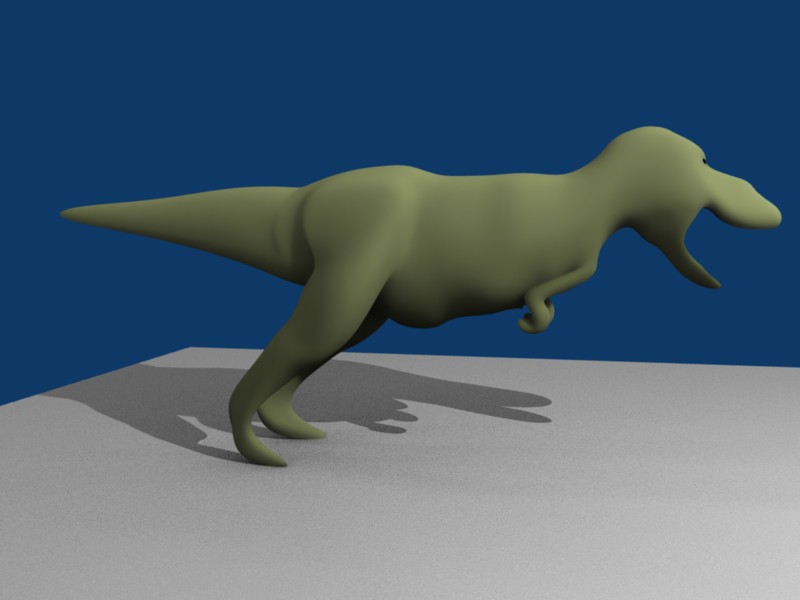 he looks like he is walking against the wind

Yeah dude, think about his center of gravity and how he would have to stand/walk.

Actually, guys, look at it. It’s a good base pose - few overlapping parts of the armature, yeah? Center of gravity can be set up after rigging.

that’s not really good practice the way I see it…
get the model in a correct “rest” pose first, and after that build the rig around it.

But he have to start somewhere

So I think you’re doing a great thing. Maybee some online model videos can help you with modeling technics?

Fudje is right. I was going off of a reference photo. (Because when I didn’t, I came up with something along the lines of a scary bat rabbit.) The dino in the photo was running, with one leg back. It was half a model with a mirror modifier, so It kind of would have looked strange either way.
Anyway, I am about done with rigging. Now regretting putting so many bones in the arms, (It’s not like Trexs can move their arms that much.)

finished rigging and made a walkcycle. Here is a video.

you have a few problems with the leg rigging.