I, probably like many others, decided to model an Eagle transporter after watching Blender Bob’s tutorials a couple of months ago. Mine is progressing (slowly) and one of the main sticking points involves the pipe-like structure across the spine of the ship; in particular the areas I’ve circled in the following images. 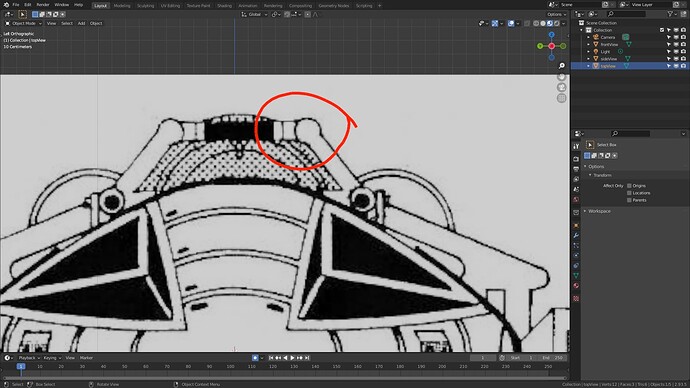 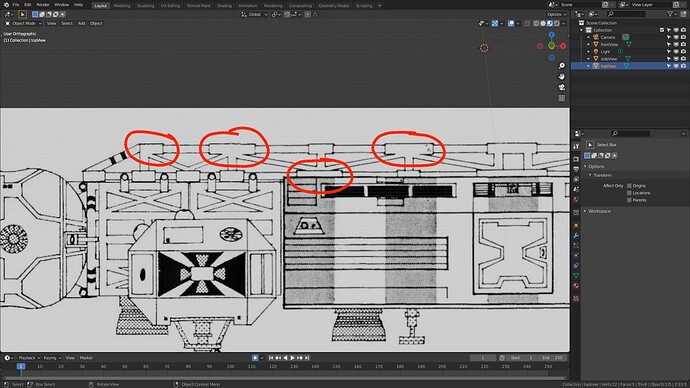 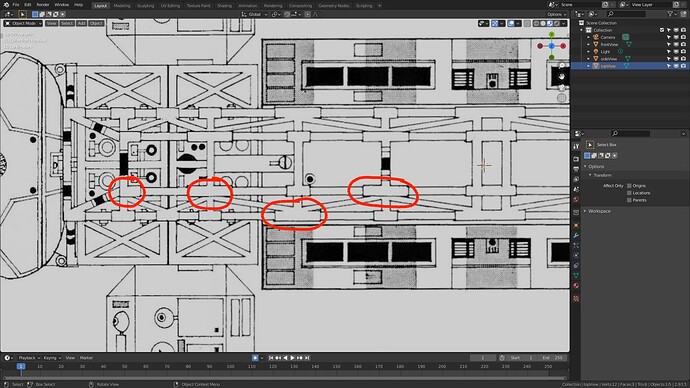 Here is a mock up of what I think the junction at the end looks like. 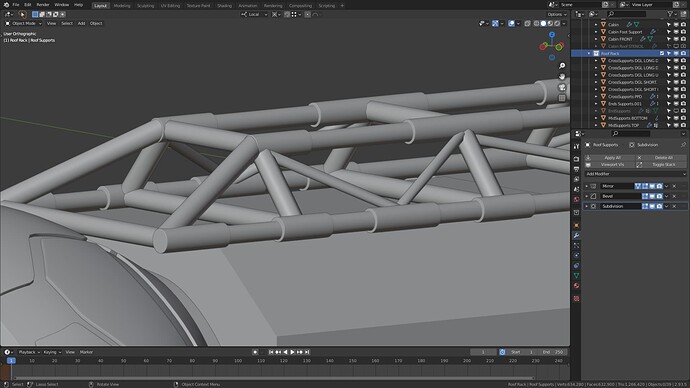 You can see there is a junction of five cylinders. Their ends seem to converge to one point, and so they are intersecting. Two of them are on the same horizontal plane, at right angles and the same diameter, so they’re easy enough to deal with. The problem comes from the three diagonal cylinders.which join the other two. They are smaller in diameter, one even smaller than the others, and the angled. On the reference, it’s clear they aren’t at angles like 30, 45 or 60 degrees; I measured the one at the front (which is rotated on at least two axes, and on one plane it came out about 53 degrees.

The main problem is this: how can one model a structure like this, resulting in good, all-quad topology - as a single object? I say this because it appears, in a ‘real’ Eagle, that the junction would be welded together.

How could you achieve this? And I mean, without the use of external addons. The only solution I can come up with is basically to boolean them all together and then retopologise to make the edge flows correct. But surely there’s got to be a less longwinded method. Once you’ve booleaned you end up with a real mess of vertices; and it isn’t as easy as sliding verts about and collapsing them, as you end up breaking the cylindrical profile of the mesh.

Sorry about the very long post, but it’s a complicated puzzle to explain.

P.S. I haven’t approached Blender Bob because I’ll defintiely end up doing a load of push-ups!

The only solution I can come up with is basically to boolean them all together and then retopologise to make the edge flows correct. But surely there’s got to be a less longwinded method.

That, or costly addons.

I say this because it appears, in a ‘real’ Eagle, that the junction would be welded together.

If you are using that as a modelling practice disregard the following.

If you do just want the result without practice then you could simply stick the pipes into each other and cover them up with weld seams.
There are a buch of tutorials on YT that show how to create different kinds of weld seams, some better some worse and there is even an addon that does it for you: 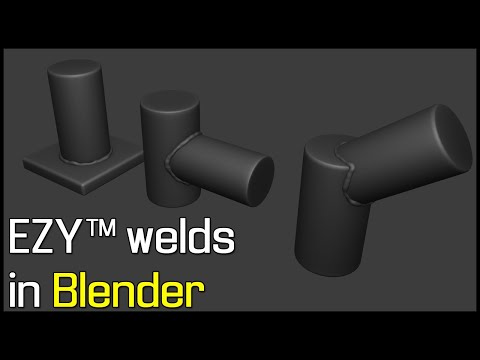 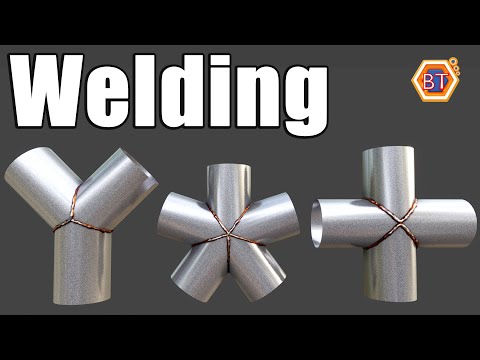 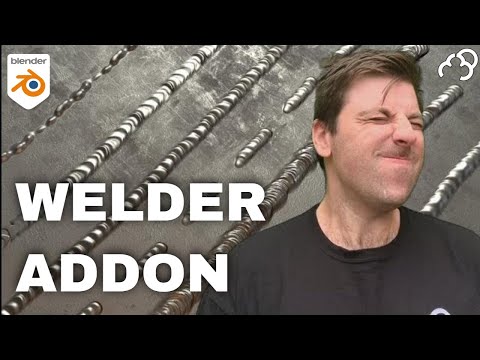 You could use the addon that comes with blender:
https://docs.blender.org/manual/en/2.93/addons/add_mesh/mesh_extra_objects.html

You could use the addon that comes with blender:

The biggest problem with that addon is that it only allows pipes where all segments have the same diameter.
If you want to make a pipe where small diameter pipe connects to one with a large diameter you can not do that.

Yes, that is not possible.
It need some work but with knife project and custom orientation it can be cutted. But it needs cleanup. 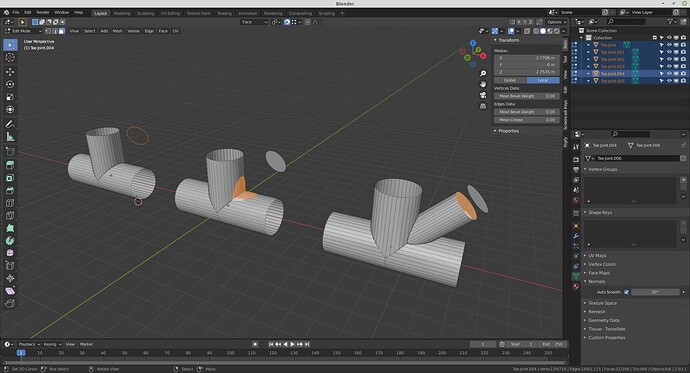 I wonder if this could be done procedurally with geo nodes.

Thankyou all for your feedback. Plenty of tasty suggestions and leads.

I’d already tried the internal pipe addon and gave up on that. Also tried simply sticking the pipes into each other. There’s no denying, it looks good and easier to handle. But there’s thst little voice in my head that won’t let me off with that. And, yes, I too wonder if geo nodes will present new, fantastic ways of dealing with it. Still getting my head around them, but I can tell they are most certainly cool.
Exciting times in Blenderland: can’t wait for 3.0!

Nice list of videos and links to look at. Definitely can’t wait to check out MasterXeon’s topology tutorials. He truly is a master.

Thanks for taking the time, and the suggestions. I shall dive in and let you know what I find.