Hello everyone, I’m creating an environment based on the movie TRON Legacy 2010.
My intention is to model it in 2.80 and texture it in Substance Painter.
At the moment I am modeling the Sam Flyns Room at Kevin home in The Grid and texturing it in EEVEE. 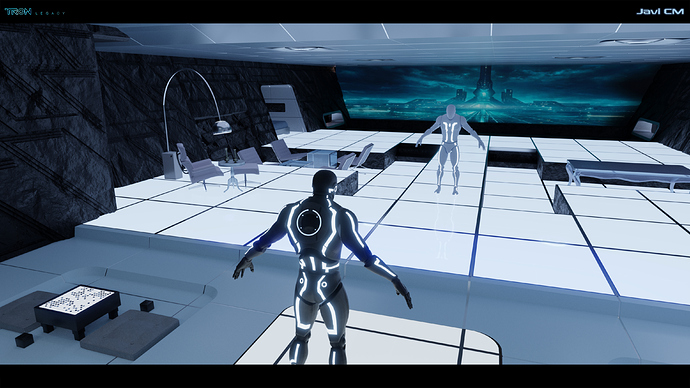 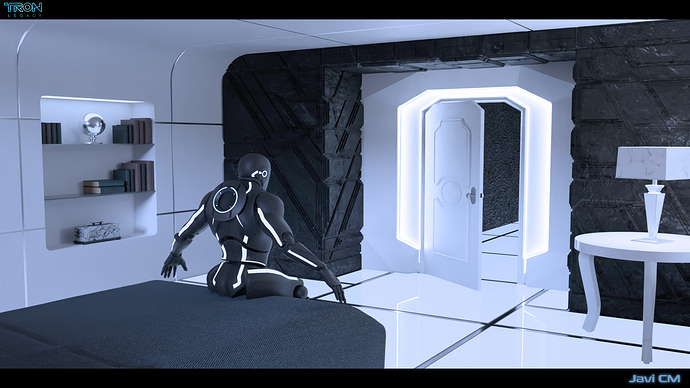 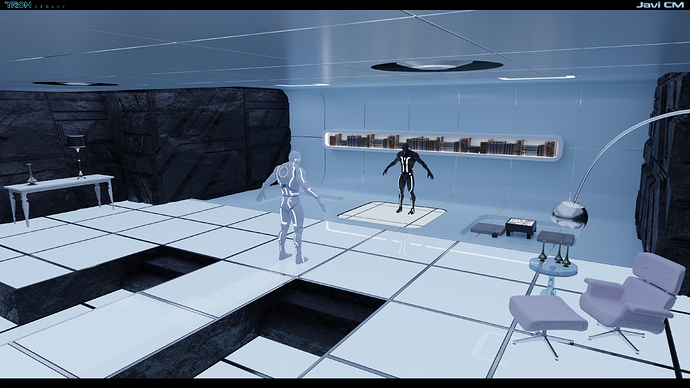 Some advances in the environment … 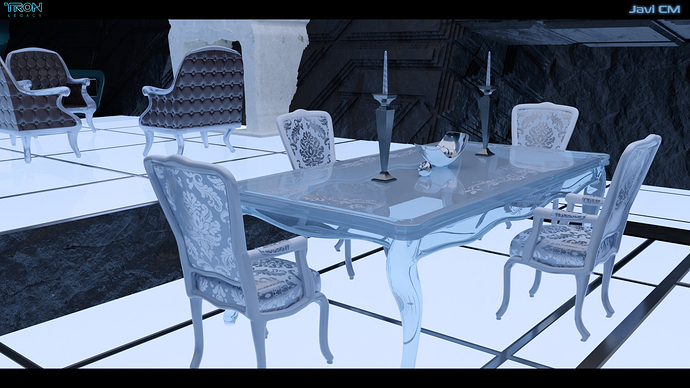 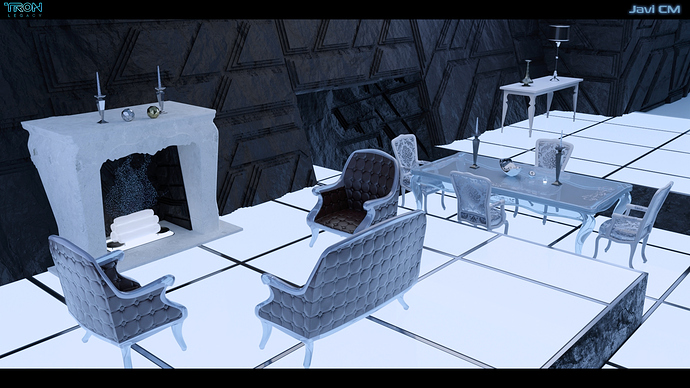 Another zone in the environment, the CLU ship… 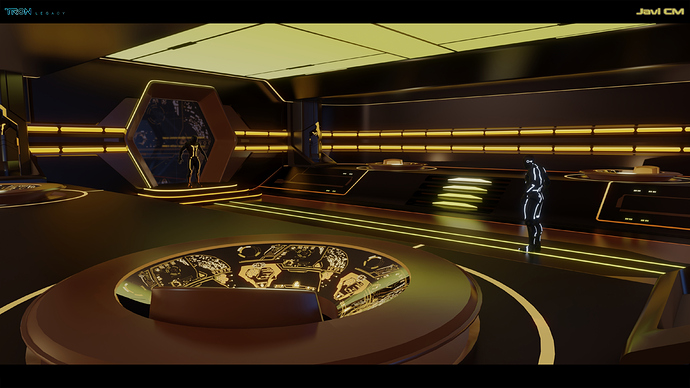 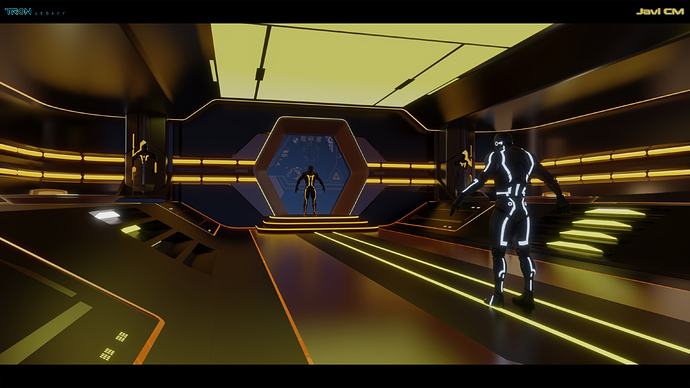 I vividly(!) remember … koff, koff … watching the original “Tron” movie. Computers at that time could barely get out of their own way, and movie special effects were still being done with optical printers and hand rotoscoping. Then, “along comes Tron.” Absolutely unlike anything that anyone had ever seen before – and, I think quite interestingly, never repeated.

You literally had to be there. Nothing else will do, not even a subsequent retrospective movie that “paid homage to it.” Looking back is simply not the same.

I’d say exactly the same thing about the original “Star Wars,” which was not yet known as “Episode IV,” and which necessarily was not made using computer technology since that didn’t exist yet. These were innovators who did things that had never been done before – using “absolutely nothing, because it is all that they had.” (The movie that you can find today is not the original. It’s a ruination of it at the misguided hands of George Lucas.)

The only “computer-generated thing” in that movie was the Tektronix terminal display in Luke’s fighter. Every effect was created using motion-controlled cameras and multiple exposure, and it was totally revolutionary.

I’m privileged to have been there. Sorry you missed it.

Yes, I remember those times, and I agree with you, nothing will ever be the same!
When TRON came out I was 9 years old and had never seen anything like it, I was mesmerized by the fantastic special effects and plot of the film.
Not even its sequel (TRON LEGACY), in which I am practicing my skills as an environmental artist, gets despite its greater display of visual FX and CGI

Two of my favorite movies at that time were ROBOCOP and TRON, being inspiration to create my label as a 2D videogame creation group, COPTRON Game Studios … 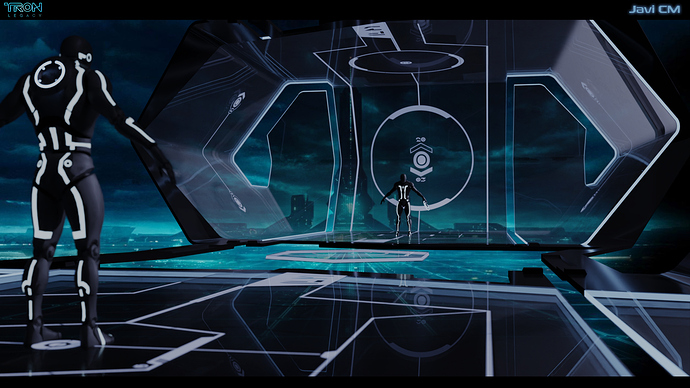 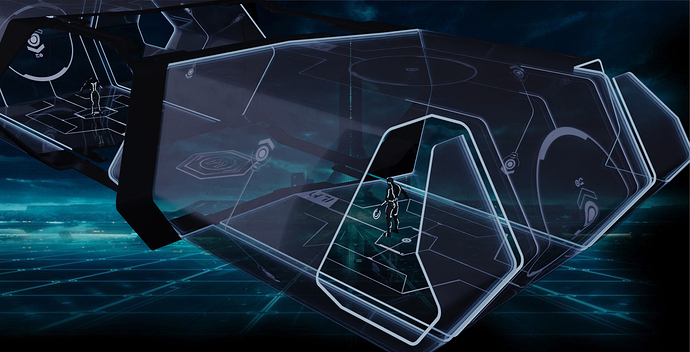 The story of TRON was and is a very good one, and I also like what they did in the much more technically-advanced sequel. But the first movie was absolutely a product of its time – a time when computer technology was in its diapers. Here these people were, pushing computers and non-computerized special effects far beyond anything that had ever yet been achieved, or imagined.

And they also managed to cook up a good story.

Today, when computers are so advanced – "hell, just look at Blender!" – it’s impossible to have the same context when watching these early films. They might look very primitive. But, these were the harbingers. These are the places where modern technology and technique came from. And they were all far ahead of their time.

This is amazing! I know this is an old post but I am looking for this exact environment to use in Unreal Engine 5. Any chance there is a way to contact you?