This is my version of Tron bike =) 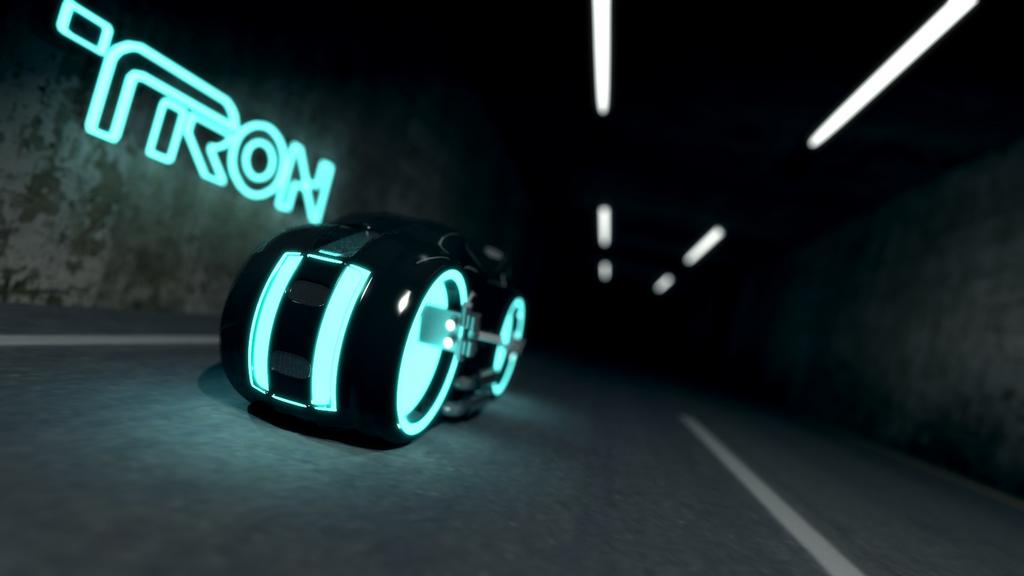 Might want to turn the Depth of field a bit so that the whole bike is visible, but that is just my personal thought. Otherwise It’s good work.

The DOF does make the scene appear like it’s a picture of a miniature Tron bike. Modeling looks pretty good, but it could use some fog glow or something. Motion blur would be nice as well.