Lately, I’ve been grinding away at CGcookie videos from their website, but now I’m just bouncing around various parts of the modeling and animation learning flows because there are things that I do know, and things that I don’t. So when something I do know comes up, I honestly get bored of it and try to find something else, but this just repeats. I’ve looked to various things which used to inspire me, but they don’t anymore. Is this just a phase? Is it something that you go through, only to emerge better than before in some way? If so, how?

Some more on the CGcookie stuff is that I always take VERY detailed notes, as if I’m teaching what I just learned - a (bad?) habit which I picked up in school many years ago. I do this because otherwise, I barely retain any information. I know that I learn best from doing something one on one with someone, rather than from a stock textbook or videos, but that seems both nonexistent or expensive - especially for someone who’s basically broke in terms of money for the personal life

Should I be taking these extensive notes? Especially for something that’s $30 a month (which feels like once a week anymore) - mind you, that’s about the same as an iPhone Xs.

There’s a sort of reality question which I’ve come to ask myself now, especially since I’ve been at this for about 1 or 2 years; is this really the right thing for me? I’ve done videos (youtube), this, and even basic music remixes, but I always reach a point of being lost when I’m at about level 8 of 100.

I have dreams, ideas, and other hopes with blender or just 3D in general, like making an amazing scene so complicated that I actually have to replace my junk computer (I’ve been playing the waiting game to do that for about 3 years now). The problem is that I just hit a locked door at some point, like a little kid who doesn’t know that the key is under the welcome mat and just walks away to go home. I want to be a pro at this stuff, I really do, but I wish that to some extent is was more about doing that learning, where I could finally stop learning more about insetting or using proximity loops (AHH! It gives me headaches!)

I’ve reached out to a handful of people whose work I like, but they never give a response - probably for the better for some reason - what am I going to do? Show how much I don’t know?

Not trying to sound like a downer, because I’m generally a happy person, but this is hard. It bugs me even more when I see someone’s really amazing work because for a moment I go “Woah! That’s really friggin’ cool!” only to think a few minute later, “I doubt that I’ll ever be able to make that. Back to papercraft I suppose.”

The whole real question here is, "Do all artists go through this faze? Is it like 3D puberty or something?

When do you finally grow out of it? BTW, if you somehow managed to read all of this, you seriously have both my gratitude and child-like amazement. Thanks

You probably do enough work that you need to rest. Working long time, day after day on anything will make someone tired of it. You probably just need to take a break for a time. If taking a break helps you, if you do it, then maybe you need to manage the time you spend on your project better.

EDIT: If you do it too much too often, you’ll get sick of it. Must regulate the time.

I probably should try to cut down a little bit. If it’s not a blender video that I’m trying to learn for, I’m trying to figure out what kind of hardware I’m going to put into a new system (I need to just read a comic or something lol).

Edit: Literally every add that I get, even here on BA is about a CPU or B&H

If I work on a project though, it bothers me because if it doesn’t hit a wall a few minutes in, it carries on for days and is filled with flaws (I’m very nit-picky when it comes to my own work).

What are your goals? Do you want to just putter with 3d art as a hobby, or do you want to make a living doing it, or are there things inside you that you desperately want to get out and show to the world?

Don’t try to create your masterpiece on the first go. You have to walk before you run. Better to do an amazing animation/render of a cube or something then to get discouraged trying to do something incredible right at the start.

There are so many aspects to 3D, especially when you get into animation/video, that when you get bored/stuck on one aspect of what you’re doing (modeling, animation) you can take a break and go play with something else (materials / texturing / rendering) that’s still relevant to your ultimate goal.

Save everything you create, even if you think it’s rubbish or trivial. This gives you something to go back and look at to see that you’ve been accomplishing something and that you’re slowly improving. Don’t let anything (like waiting for long renders) interrupt your productive work. Keep at it as long as it’s somewhat enjoyable, but take breaks and do totally unrelated things in your life as well. People say you need 10,000 hours of practice to master a subject, and 3D is no different, so don’t worry if it isn’t all coming out perfectly at the beginning.

Run or walk, do physical exercise, have a modest diet… are main actions to make your body be well, only after you will be functioning properly - your mind will find focus.

inspiration –
it comes when it comes
cannot control it

may be time to do something else for a while then come back later to blender !

In terms of goals, I want to make a career out of it. Not necessarily a job, but a life, because it’s something that I enjoy (when things work to some extent

I really like the “You have to walk before you run.”

Now that I think about it, I have looked at some of my old work from about a year or two ago - it’s actually pretty funny. Also, I actually forgot about that expression - the one about 10,000 hours.

I’ll give you a personal example from one of my hobbies: assembling and painting BattleTech miniatures. When I started it was little more than glue together, slap on some paint, and done. Then I started seeing some of the high quality work from others (e.g. whats shown on CamoSpecs website). I was thinking, “Yeah - thats where I want to be!”. And I’m getting close… but that didn’t happen overnight. It took a lot of work, at various stages, to refine and figure out techniques and what I liked and didn’t like.

I probably should get back into my routine. Focusing on all of this genuinely has been one of the main challenges. Walking outside would probably help me find some sources of inspiration too.

Thank you for replying - I remember that you helped with one of my older topics, so it’s cool to see you here again

Yeah, I’m a huge numbers person, so that makes sense - you can’t rush art I guess.

Your example was really good by the way. Maybe I should think about doing some models, since they would probably help me in understanding how to make things in pieces (something which I have difficulties with). It makes a lot of sense though, your example, since that 's kind of where I am. It seems like a good thing to look back on my stuff though because it gives an idea of where I am now. I’ll have to start posting more of my own work.

Thank you for replying! You’ve been very insightful.
Maybe I’ll pick up a model from a store at one point and post it once it’s done.

I like that. It seems like a good way to regulate things. It makes sense since I’ve gone on grinds, just trying to come up with something, but it doesn’t work like that

I’m going to try and apply this to my own routine, perhaps coming up with an idea (being creative), and then for 2-3 days after that, I’ll work on making it into something.

If you’re looking for “inspiration to strike,” I suggest that you consider Charles M. Schulz, the creator of Peanuts, who drew 17,897 comic-strips during his lifetime – one at a time, by hand.

In his various autobiographies, he described his secret: every morning, whether he “felt creative” or not, he was sitting there in his studio – telephones off – doodling at a sketch-pad. Some days, ideas came in a torrent; other days, nothing at all. But he was always there, and nothing took priority over it.

In some ways, I think, "creativity is best realized in the presence of a deadline."

Whole, All in one

My source is my heartbeat
my rhythm my step
in mind i devour, imagine, create…

i take to break
and construct to shake

in you i am
as within is
so many me…

After a while, drive just happens

Well, you can’t control your inspiration, it comes from time to time. Maybe you should try switching to something different and then get back to your previous work

There was a certain moment in time when Michelangelo “felt inspired” to create the sculpture, David. 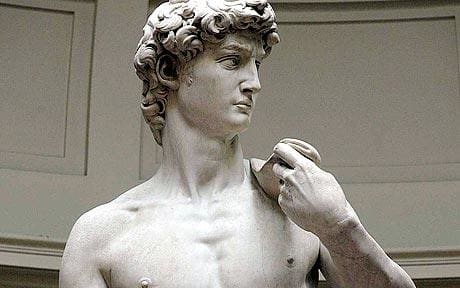 Well, beyond that, it was a helluva lot of (highly skilled …) putting a chisel to a piece of marble, and sweeping up the stone chips every night. Come to think of it, “inspiration” didn’t have too much to do with it at all . . . we wouldn’t have a statue today if Michelangelo had merely been “inspired.” He had to have vision, technical skill, patience, and probably a good team of silent assistants who shared these same qualities.

Working with something like wood and stone requires great visualization of skills, and just great skill because there is no undo button when you cut off too much. An error in stone carving can be far more devastating than making an error in painting.

In fact, the undo button is one reason why I prefer digital work

The problem I have with working none digital artwork, is the cost of materials. To be able to carve my skill into making pleasing works of art, I have to practice.

Working with something like wood and stone requires great visualization of skills, and just great skill because there is no undo button when you cut off too much. An error in stone carving can be far more devastating than making an error in painting.

Everyone raves about “David”. Nobody has seen the any of the failed work he did before or after… those are probably reduced to aggregate in a concrete foundation somewhere…