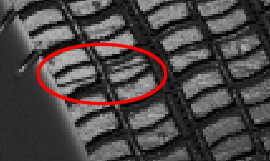 I’m creating a truck tire. There are 32 polygons around the rim. I mapped an image of truck tread to each polygon. I seem to be getting a hairline on the edge between two polygons, as circled in the image. I’ve tried to fix it, checking that there is no line in the image, and that the UVs are not extending past the image bounds, I even backed the UVs up a little into the image, which stretched the image a little, but did not remove the hairline between polygons.

Does anyone have any clue on how to stop it? 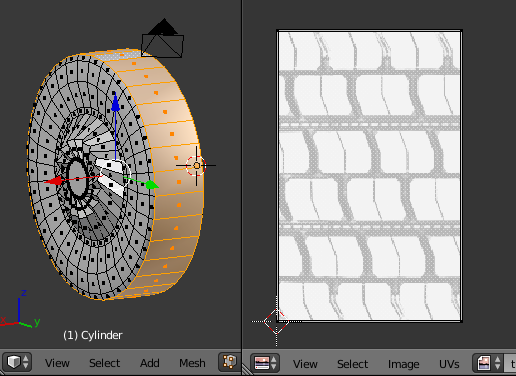 Okay. Here is the image. On the left is the truck tire with the polygons where the tread is. On the right is the image of the tread with the selected faces mapped to it. Each face is mapped to the same dimensions.

Below is the .blend file.

di u do unwrap reset ?
each face use the whole image 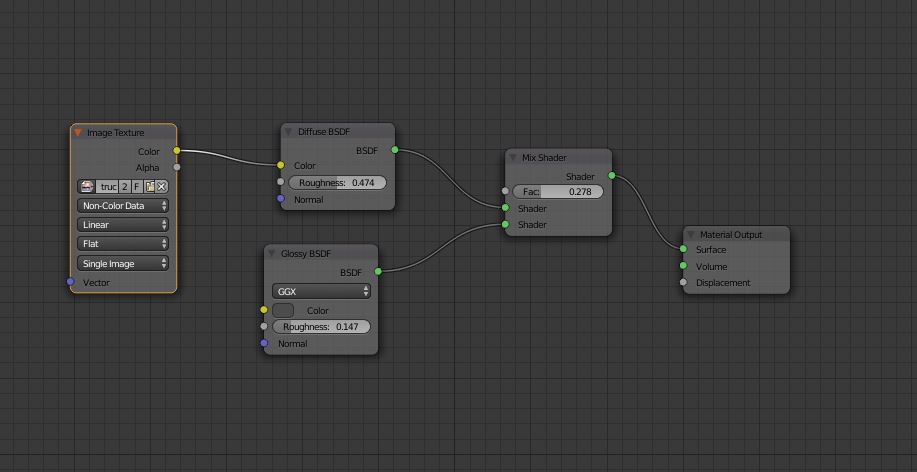 you could also sent image to the fac of mix shader

but depends what you want !

The blend looks OK. Your original material node diagram should work. I think the problem might be with the tread image which I think you didn’t provide. I substituted my own tread image into your model and node diagram and it worked OK with no seams. 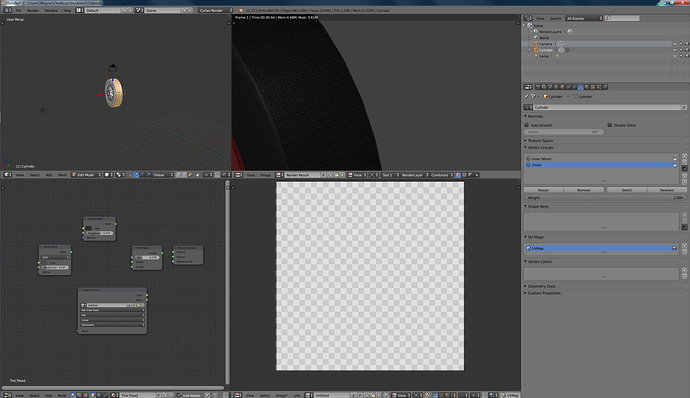 Scale the UVs ever so slightly S X to get rid of the lines. 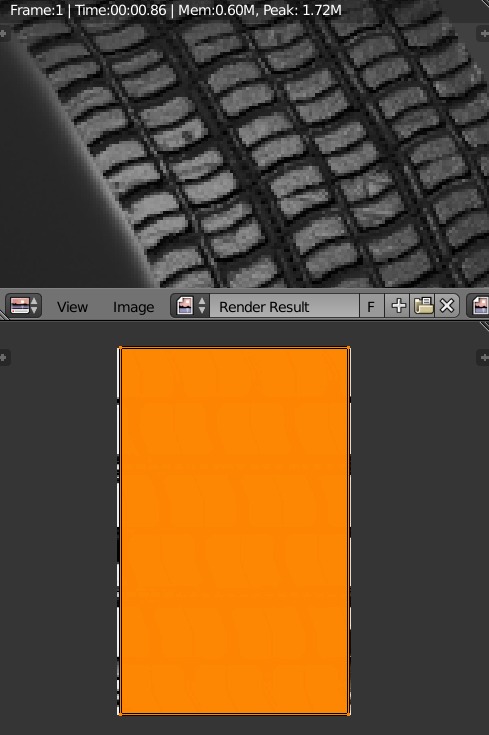 When i tile image in editor this is what i get

Unless grey values are not the same there will be a ‘step’ if image is used to represent heights.
Also, there are slight distortions width vise - threads do not stick properly.

When i tile image in editor this is what i get

Unless grey values are not the same there will be a ‘step’ if image is used to represent heights.
Also, there are slight distortions width vise - threads do not stick properly.

You got it right. I selected all of the light portions of the tread in Photoshop, and gave them a single color, the line went away. I then put a gradient effect on that layer and the line returned. Good observation.

Yes, each face got the entire image. I applied it to the displacement because I was not looking to color the tread, but indent it. I created the image by stealing it from a tire manufacturer’s site. Trying to work quick and dirty. I liked the grey values because the edges were not as hard.

You are correct, as eppo showed, it was a problem with the image. There was a slight tonal variation.

Thanks for your suggestion. eppo pointed out my real problem here. But you are right, your idea did help.