Wow, I finally seem to have made some sense of unwrapping objects. It may have something to do with the very simple object I used for this try.
( that’s the same object a couple of times ) 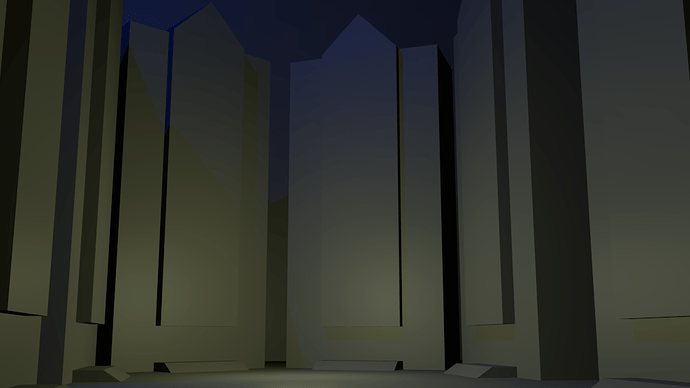 I tried adding the details with a bumpmap, so after unwrapping and succesfully getting a line-layout of the building into PS ( I use photoshop, but I guess any pixeleditor will do ) I started adding a bumpmap. ( I tend to use lots of layers in PS, I find this gives me felxibility in making changes ).
The result of the added bumpmap was at first disappointing, it looked like there was shrinkwrap around the contours on the building. This is when I discovered the interpolate toggle. After that was off it looked better. 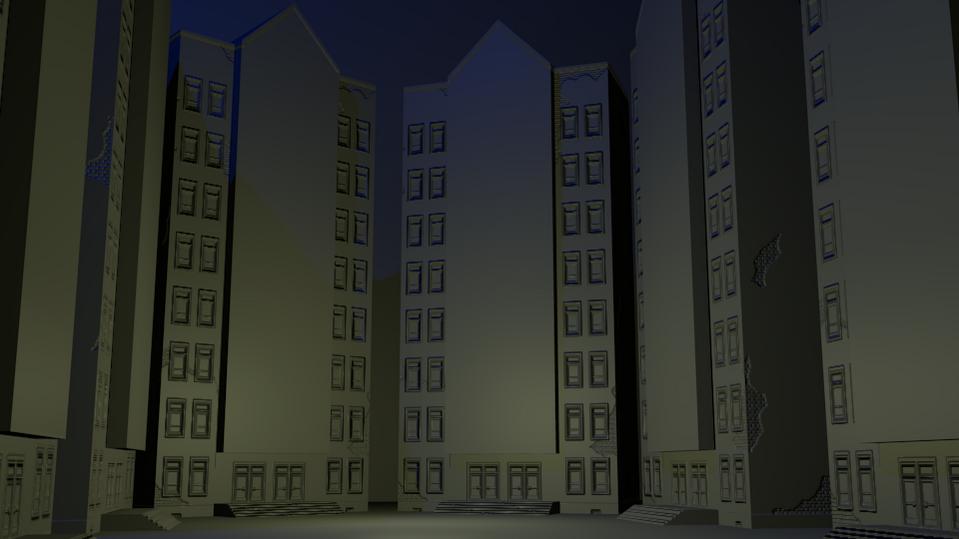 I added a quick colourmap to the texture, just to have an idea. 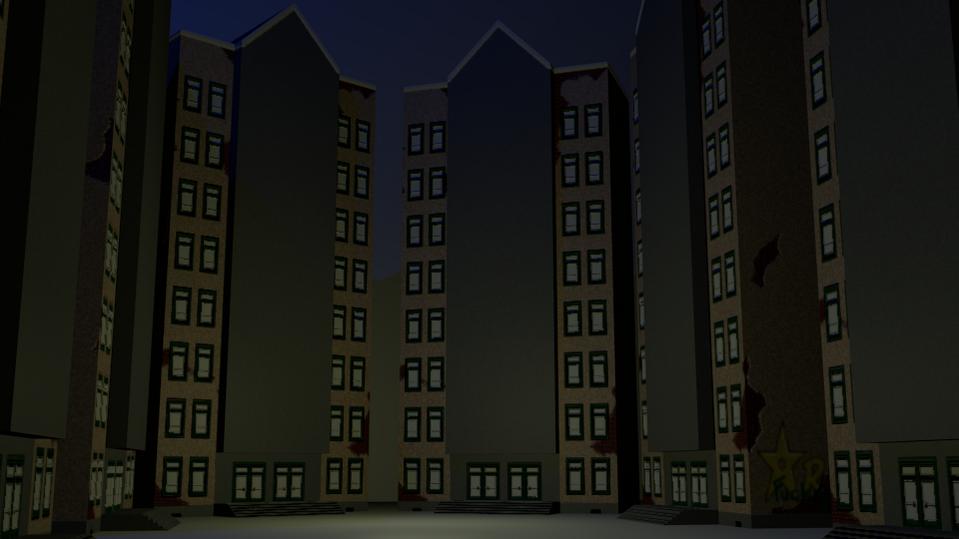 What I’d now like to do is put a box inside the building and make the windows in the building transparent. Still reflecting but also showing some of what’s behind. I’m trying the ‘Alpha, Translucency and Mirror’ settings in the texture-influence panel, but that doesn’t seem to do much.
Back to the tutorials.