As the title says, I’m trying to get a rigged model of the Sintel dragon posed into a final position for a scene - with wings flared and mouth open.

The Rest pose is with wings folded down, back bent over.

I worked the mesh into a flying state with wings wide spread flaring with feet forward. However, I’ve tried a dozen ways to try and set this position. So I can then my final modeling of the mesh.

I tried selecting all the posing bones and applying as “the rest” position.
I tried deleting each of the modifiers one at a time, as well as applying one at a time.
I tried copying the rig modifier and then deleting the upper one in the stack.
And so on …
I looked at you tube tutorials, I surfed for insight and answers.

Standing by for brilliance … 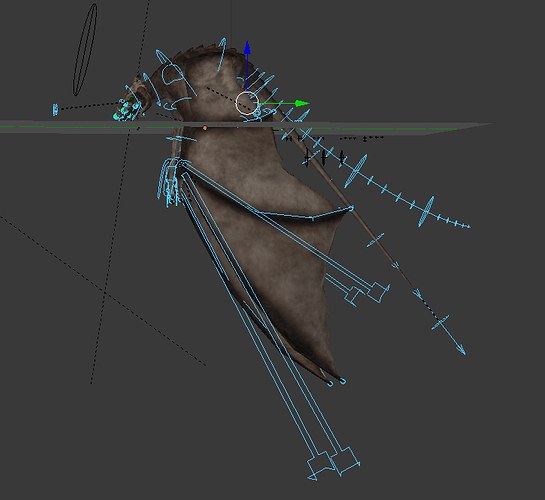 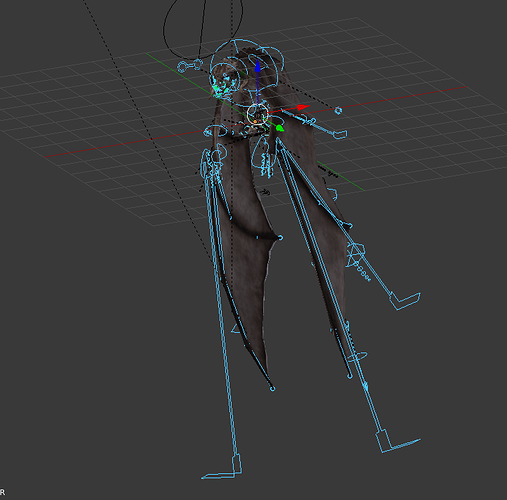 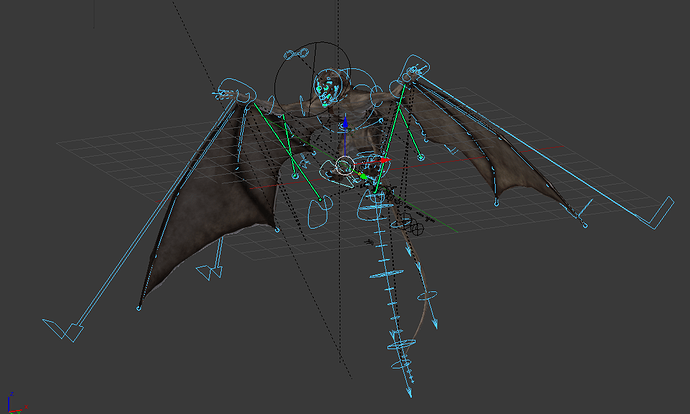 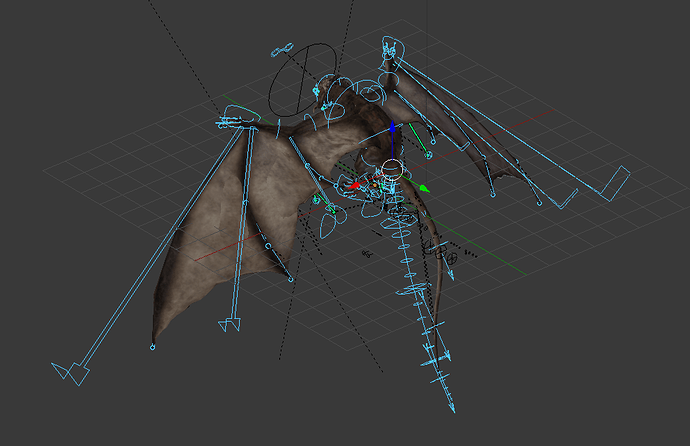 And here are some snaps of the modifier stack 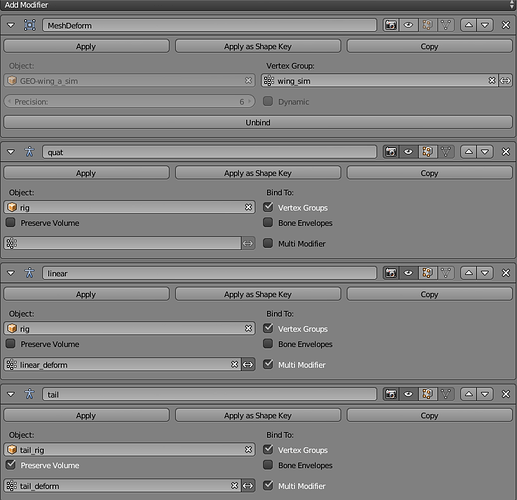 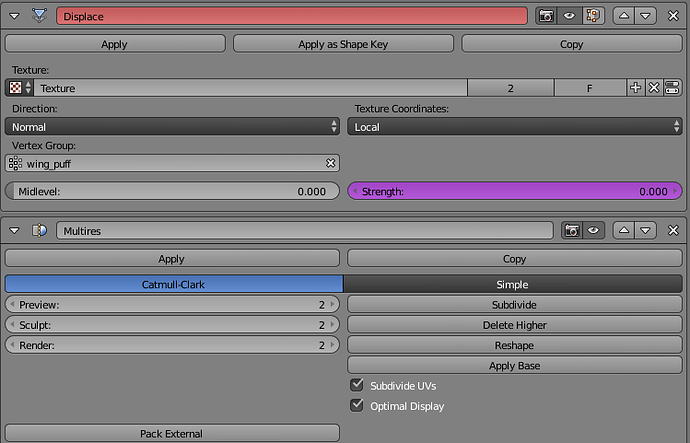 TBH, there could be so many things wrong here, it’s not even worth guessing at what is wrong. You will need to post up a .blend file for someone to take a look at.

3 rig modifiers and an inactive Mesh Deform (but two use the same armature…??) … Displace, with a driver controlling the power followed by a multires… This is a strange and complicated rig, and will take a lot of unraveling.

first – its the dragon rig from the Sintel project. Without any changes from me. the animation, though is great.

However, what i did was disable each modifier one at a time, but … I applied the rig modifier, once i’;d achieved a hovering flaring pose. i didn’t try to apply pose to rest postion. That didn’t work. But siply “appying the rig.” set the mesh in the pose.

But for the tail rig modifier, not so easy. I had to create a cone, subdivided by using the loop cut tool a bunch and then shoved this modified cone over the dangling tail, adjusted it for rough fit. And then used the shrink modifier to conform it to original tail.

Then I cut off the existing dragon tail off, (as it kept deforming badly when I tried applying the tail rig) I then deleted the tail rig, and joined the new mesh to the body. Not too much work.

Attached is the new “rough” pose. As I have a lot of verts to pull to create more body horns, and I want to reshape the neck. plus other texture stuff … 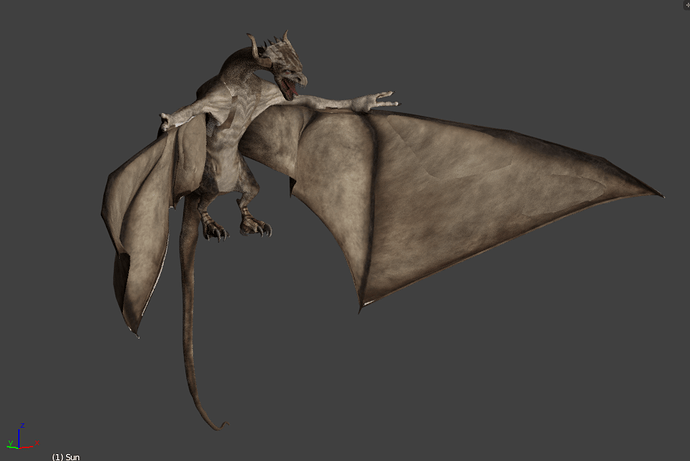