Wow this looks promising, thank you for your work.

I’ve also been following your channel for a bit, great content

Are you planning to apply for a developpment grant or eventually submit part of these improvments for integration in core Blender ?

I slowly get confused about E Cycles, K Cycles and now Turbo Render denoiser. To many options. I just wish Blender wouldn’t need all that.

The problem is always with animations.
Denoisers are good for quick renders, but for final renders, personally I cannot rely on them.

Curious to see what Turbo Render can do in regards. I wish it works magic, though it always sounds too good to be true…

I just wish Blender wouldn’t need all that.

It kinda doesn’t anymore. with the Cycles X changes in 3.0, cycles renders really fast and the built in denoiser is likewise very fast.

Well I done a few tests (before not with Turbo) and ended up de-noising the classic way in post production. I use neat videos reduce noise plugin, but there is an older trick with motion vectors that works both in Cycles and Fusion/Nuke. I do that since more than 10 years. The goal however is about getting noise low and thats always tricky on interior scenes, if you haven’t got a lot portals and direct lights.
Here is a video about that in detail, the guy also has a second video, I recommend even more, where he shows how to do that in Fusion:

I slowly get confused about E Cycles, K Cycles and now Turbo Render denoiser. To many options. I just wish Blender wouldn’t need all that.

You really don’t need to invest in any of these, unless you want access to the extras like light linking in eCycles, in my opinion. A while ago I did a direct test of comparing render speeds at the standard settings of various scenes which can be downloaded from blender.org.

I compared R3 with eCycles and kCycles R3. The results were disappointing: e and k weren’t actually that faster compared to vanilla, and in some cases actually slower to render using those same standard settings. And e and k gobbled up two or even almost three times more memory during rendering.

PS Neatvideo is a good plugin - I use it myself.

Hi, sorry I never get notifications from this website for some reason. Thanks for following the channel. I don’t currently have any plans to submit these to blender as I’m relying on it to pay the bills

I will definitely start contributing to blenders source code in the future though.

Hi. You can check out an animation example on the product page: 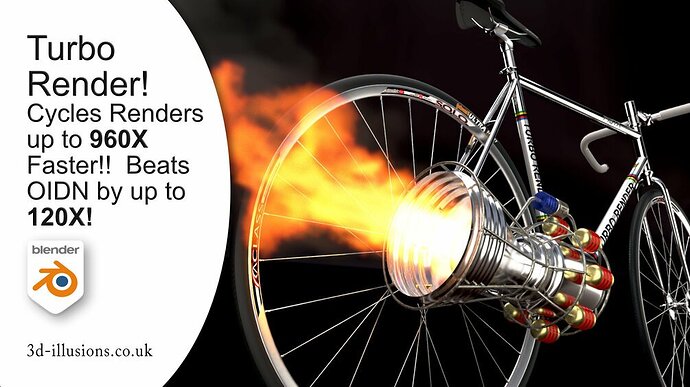 I released an update 2.0.5 yesterday which adds further stability on animations. I looked into adding temporal denoising, but having done some research into the available options within blender to do that, I found this already provided better results.

Does this work in MacOS with Metal or AMD GPUs or is it tied to Nvidia cards?

Is it essentially a better temporal Denoiser that you have built? Is it based on existing open source denoisers?

Blockquote
I slowly get confused about E Cycles, K Cycles and now Turbo Render denoiser. To many options. I just wish Blender wouldn’t need all that.

You can’t beat a passionate focused effort targeting a specific problem -instead of a wide range of problems, -like from someone talented and devoted to problem-solving, who also wants to “pay their bills”…

Unless Blender could provide equally strong incentives to any developers from its user base, to participate and contribute, equally passionately in an organized and disciplined manner…

Until that becomes a reality -hopefully in the near future, we do need small companies that help providing must-have addons, while asking very little in exchange.

If that addon proves to be even 4 times faster in worst case scenario, it is certainly worth the investment of 20 pounds, and we should encourage such non-greedy companies.

Thats not an answer, but just a statement for commercial add ons. They truly welcome, but that doesn’t differ to other software. Also my point Is, that with 3 products claiming to do the same, it is confusing. And beside the price, that is not really high here, it does matter doing long tests to find out what works better. And thats also some kind of cost.

HI, it uses python libraries and existing blender functionality, so will work fine on any operating system or gpu. It basically builds a different denoising solution optimised to the scene content, render settings, and other logic. It can also clean individual passes so that even complex compositor node trees will work (the only addon able to do that).

I’ve also added some new features that are due to be release tomorrow. These can actually speed up the rendering stage in the viewport and final render prior to the denoising process. I replied to “I just wish Blender wouldn’t need all that.” in which you implied that Blender unfortunately does need external addons, because it’s own cannot compete with commercial ones.

They truly welcome, but that doesn’t differ to other software.

here’s OIDN for comparison. Little bit slower than Turbo, and the quality is nowhere near as good (very splotchy with black noise around the edges). 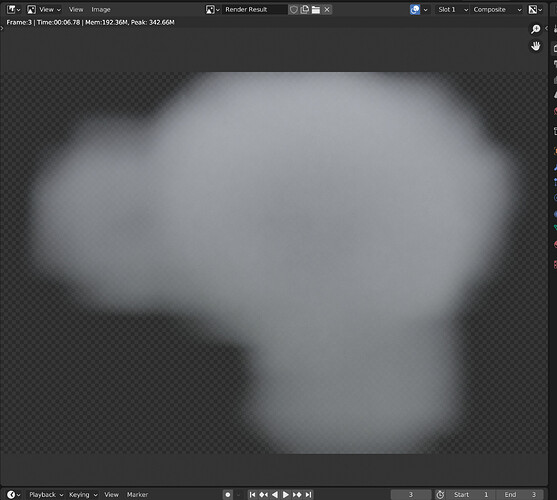 HI, it uses python libraries and existing blender functionality, so will work fine on any operating system or gpu. It basically builds a different denoising solution optimised to the scene content, render settings, and other logic.

Interesting, ok for $20 it’s a pretty low risk proposition to try it out and see if it works for my needs. Thanks!

@RobertLe I’m about to release a new update today. Taking into consideration what you said about scenes predominantly lit with GI, check this out. Only GI, and it’s actually faster than using OIDN from the render settings. Notice the much better textures on the floor and worksurface above the washing machine with Turbo Render, also the geometry, lighting/shadows (where the tiles meet the worksurface and behind the taps for example) and reflections (washing machine door) are much crisper with Turbo. Both using identical sample settings. Uses a GB less ram with the new settings too compared to OIDN 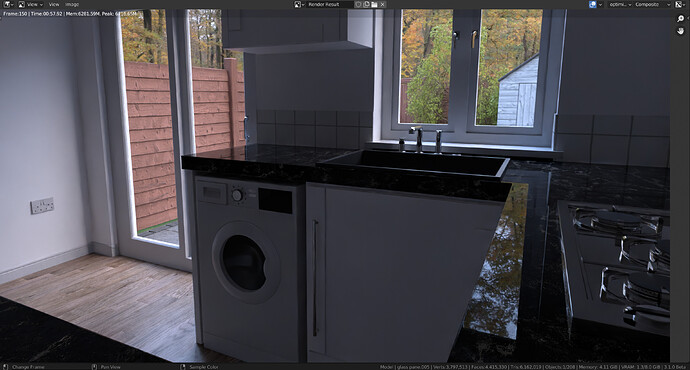 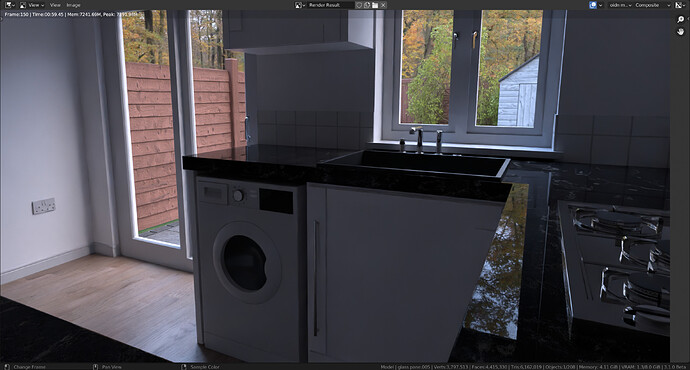 you got me with “uses 1GB less ram compared OIDN”

the first very positive aspect is that it works as an addon! well done!
cheers

Thanks. It’s best not to use with E-Cycles, as I’ve yet to check compatibility. I did speak to the developer a while ago, and he mentioned it should work fine, but avoid enabling E-Cycles denoiser in conjunction with Turbo Render. By the way, the update is due imminently. It’ll give you vastly more options for even faster rendering. The 1gb saving here is only available in the new update, and only affects scenes with a large hdri in the world environment

ok. i just treid to use it on a scene i made recently.
first try (with e-cycles denoiser in comp) → no denoising at all
second try (cleared all comp nodes, switched to the daylie build) → traceback (not file output node)
third try (made a image and a fileoutput node) → render window comes up…nothing rendering
fourth try (tick off; use nodes in compositor) → renders…but of course no nodes for compositing in compositor…as soon as i check use nodes it won’t render…

i guess turborender need the compositor for denoising? i only got optix and oidn as option under rendersetings…

have you got any idea?

Edit; as everything it was all user related errors

the addon works fine and michael is so fast in replying to questions! Great