Did you just assume they all use Cycles ? ;p
What if some of them eyeballs are using Scanline renderer from 1995 ? ;p
Haaaaaaaaaaaaaaaaaaaaaaa
Sorry Sorry, I will leave now…sorry…

Those were the days

Slight delay with the new release because I’ve just stumbled across what appears to be a Blender bug stopping the cache folder being set to whatever the user has selected in the user preferences when a new scene is created.

What if some of them eyeballs are using Scanline renderer from 1995 ?

Ahh, Povray, with a side order of text file, followed by an overnight render to produce a 320x240 image… only to then find out you put a . in the wrong darn place and it all looks black.

Anyway, back to our regularly scheduled super fast, high quality renders… with a bit of late night coding

PS. Yes I know Povray isn’t a scanline renderer and it was closer to 1990. 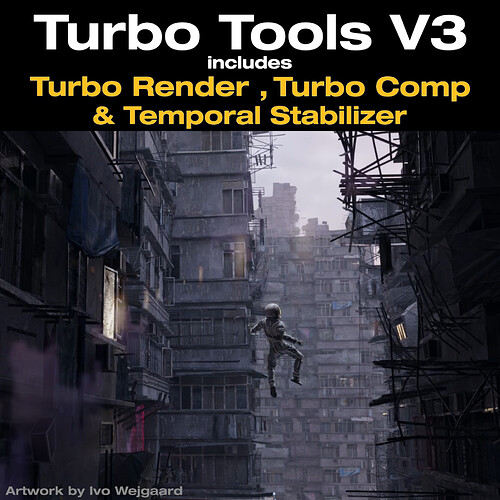 Hey Guys, hope you’re all well. I wanted to let you know that Turbo Tools v3 is now available for download. It’s a massive update chiefly directed at helping you to reduce your animation render times by as much as 40x! Make sure to watch the below YouTube video in 4k when it’s finished processing, because YouTube has processed the quality and the intended flicker out of the 1080p version. Until the 4k version is available, on the 1080p version you can still get an idea of the effectiveness of the stabiliser by jumping to to 7:49

The changes are as follows:

It’s a huge update under the hood, and whilst it has been fine tuned and tested rigorously for a number of weeks, if you do run into any bugs, I’d be grateful if you could report them along with the steps needed to replicate, and any errors shown in the terminal, to the support email address found on your receipt. 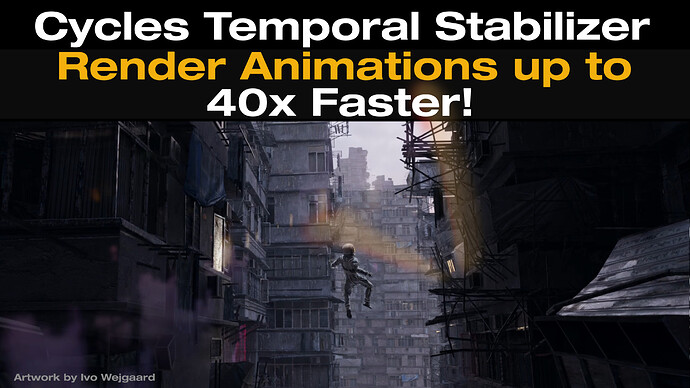 Its really hard to see that on YouTube, maybe it would be good to have the samples download able, less compressed.
I see Blender 3.12 and above only as alpha.

Yes I was surprised just how much processing YouTube did on the videos. I’ll try and stick them on Vimeo, I believe they don’t mess with the video

Having a few days off though at the moment to recover from the programming marathon!

Re-introduce my pasty complexion to a bit of sunshine