Turn an outline into a 3D object?

So I have this model that is made of Bezier Curves and that I’ve converted into vertices using ALT+C and now I want to fill it in to make it into a 3D object that I can 3D print instead of just a bunch of outlines. 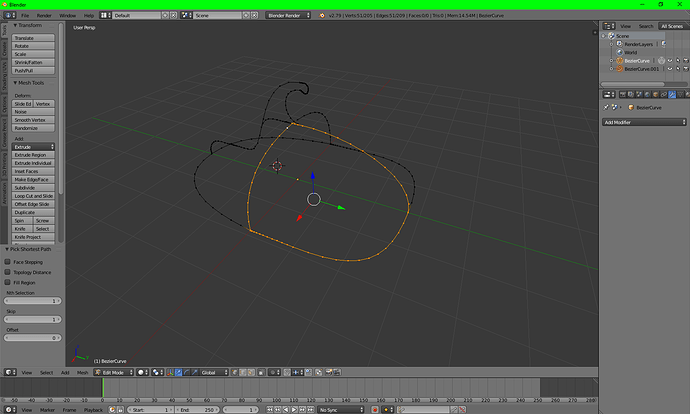 I’ve tried Bridge Edge Loops but that only takes into account two lines, not all 3 I’m trying to combine as you can see in the image.
I’ve tried the screw modifier (Pressing Space and searching for it) but it only takes into account one of the lines and ignores everything else. Plus adding it from that menu doesn’t allow me to adjust it so it doesn’t actually form a screw shape and just make a line 3D.
I’m sort of out of ideas on how to do this in any way but manually (Which I really don’t want to do). Does anyone know of a feature or trick in Blender that might allow me to do what I’m trying?
Thanks for any replies.
FlyingBanana (FlyingBanana) October 29, 2018, 6:39am #2

There needs to be something there to tell blender where you are going to want the shape to come from otherwise it will just fill in the verts flat.

yeah, that’s what happens when I just press F. I was wondering if there was something sort of like ALT+R but that would take into account all 3 lines and then let me choose how much it bolds out or something.

As far as I know there is no magic button to fill in a wireframe outline of verts. Now if you are just wanting the printed version kind of an outline wireframe then there is the option of when it is still in bezier to select a bevel depth and resolution to make it tube like. And then you can alt+c mesh from curve.

I wish there was a simple just click one option and it would fill in my outline of verts with the proper topology. Would make modeling so easy.

That’s a shame to hear. It just seems like blender has a magic trick for everything and I was hoping this would be the same.
Would you know of an easy way to model a complex shape like this?: 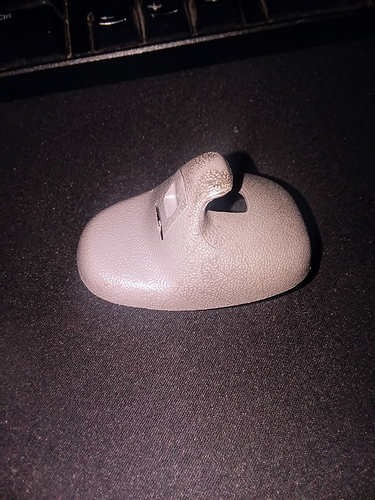 Depends on what you are using the 3d print for. Does this need to be exact. If not then you can go with basic box modeling of it then extrude, scale, bevel and inset as needed.

Yeah that’s what I was afraid of. It doesn’t need to be extremely accurate. It’s just a clip in my car that holds the sun visor up when I’m not using it. The old one has a broken clip and so I decided to try and model and print a new one.
So far my efforts to try and just model one normally are pretty ugly but seem to be usable. 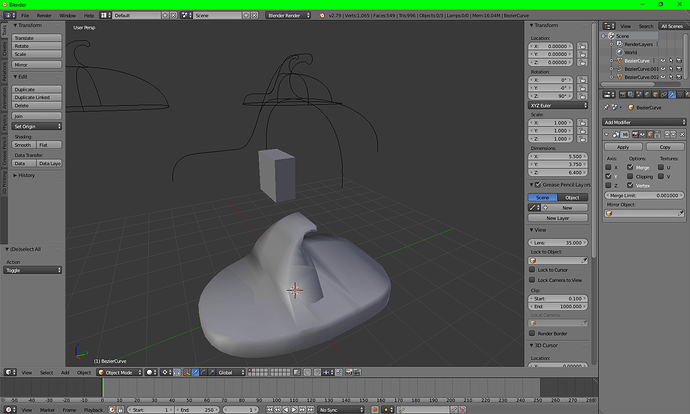 So this is all you are looking for? I can post this .blend if you want. 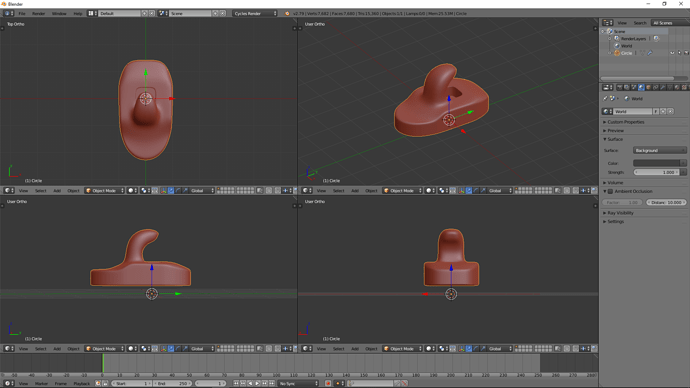 That would be nice. How did you make that? There’s still some tabs and stuff I need to put on the bottom.

By all means edit it as you want it. I was just making sure the overall shape was what you were wondering about.

All this started from was a non filled circle with 16 verts. moved the top few verts and bottom verts to make essentially a top down outline of the shape then grid filled “ctrl+f” and extruded up on the z axis. Selected the hook portion face location and extruded and rotated/scaled as needed.

Just remember to apply the modifier before printing as I am sure it is needed.
VisorHook.blend (491.9 KB)

I suppose that’s a better way then the crap I’m doing xD
Thanks for your help!

No problem. You caught me in a boredom moment and figured what the heck