Was just experimenting.
As you may now, there is no way for embergen to export particles, they have it on their to do list with alembic for future roadmaps though.

As for now you can only export vdb files or images.
So using Embergens particle generation, will just interpolate the points in to a vdb volume, and a volume vdb is what you will get once imported to blender, it seems to not be capable of representing the actual particle density per particle full accuracy.

Now…I was messing around with importing a such particle simulation anyway, as vdb import to blender and then converting to a mesh with volume to mesh.
Now…I didn´t use the volume to mesh modifier, but tried Geometry nodes for the first time actually( shame :))

Once in the Geometry Node system, you can use the volume to mesh node which gives you a little more power, in this case I further just added a mesh to points node to convert the mesh to points.

And here comes the tricky part, how to most effectively render those points, with my limited skills right now with blender…all I could do was to instance an ico sphere to render it out, once instanced the system becomes very slow to handle it all, but with points only it´s fairly fast to play in the timeline, and yes, sequenced files work.

Wish cycles had a sprite engine, had I worked with this in Lightwave I could probably just change volumetric system to legacy…but continue to work with the point cluster, but I guess I would have to convert/save out the point cluster sequence…because as soon as I switch to legacy system, vdb woulnd´t work I think.

So if anyone has any good suggestions on rendering this sequenced point cloud with something else than instanced geometry, that would be nice.

the use of this is probably too limited in regards to trying to acheive the same look as embergen particle renders, blender just can´t cope with that many particles in the first place, and as mentioned, limited system for rendering just particles.

So most would probably just keep going with fluid shading, it´s different in characteristics in terms of particle density shading VS fluid shading, that is why in some cases a particle renderer can be very nice.

But this Technique may allow for other stuff, such as dust, snow flakes, embers with different random scale values…once converted in to points.

Also…I am sure I must have missed some Great tutorials on similar processing with fluids and points, or particles.

See images showcasing some of the process… 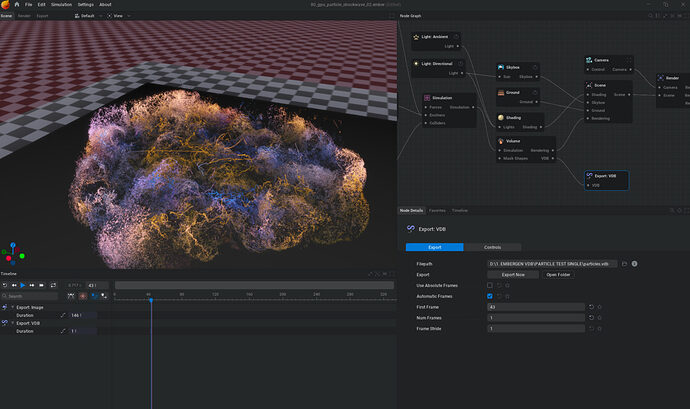 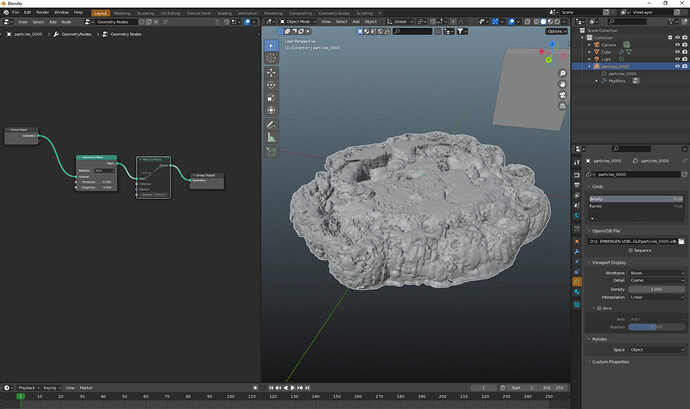 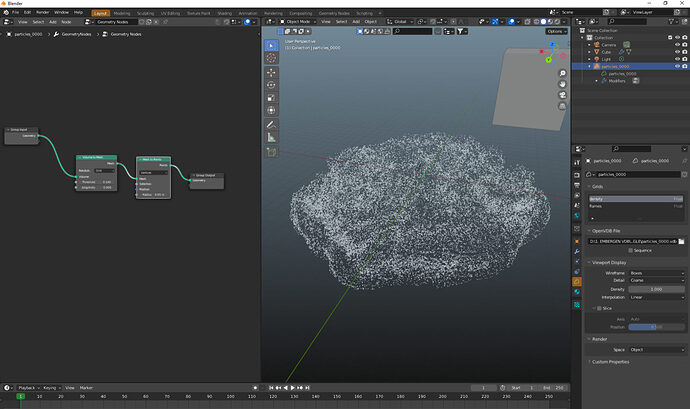 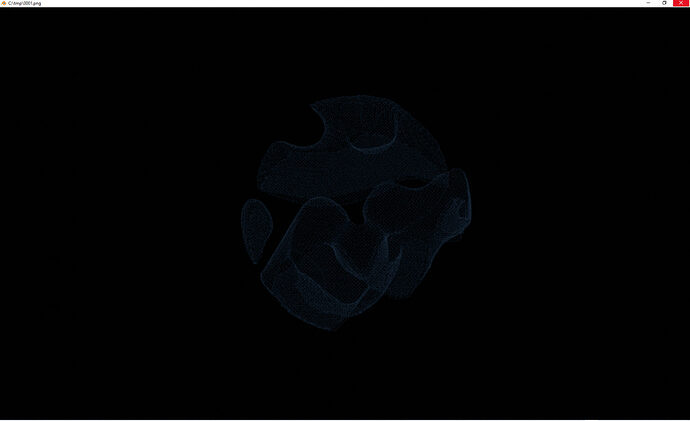 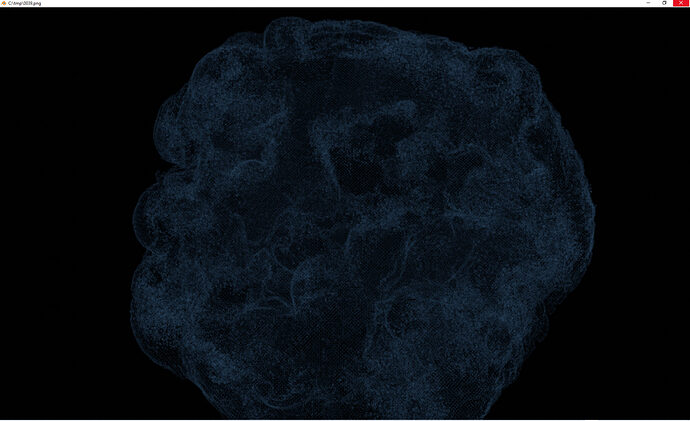