When I saw this video on twisted torus (http://www.youtube.com/watch?v=3_VydFQmtZ8) I was immediately wondering how to do this in Blender. Turned out to be fairly easy

I created a torus manually out of a quad (rotating it by 22.5 degree every 45 degrees). The rest was done using the subdivision and solidify modifier. 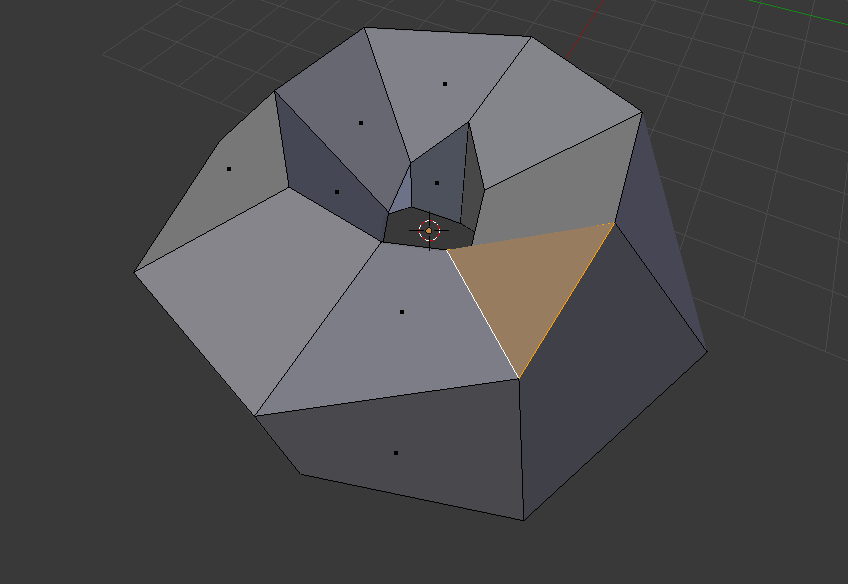 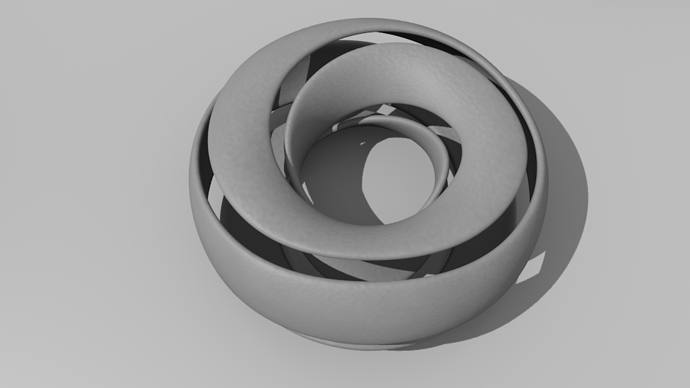 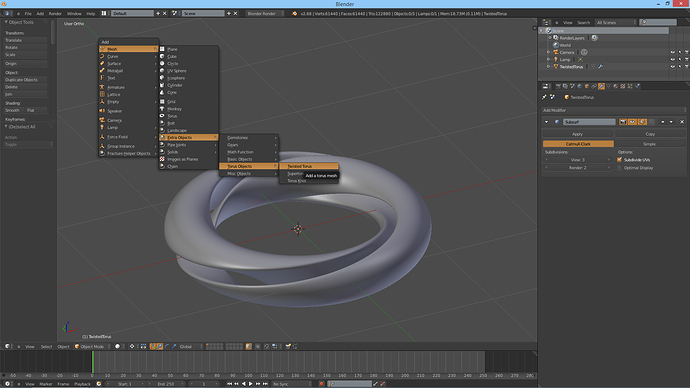 I added this, deleted 2 opposing edge loops then used the Loft tool to solidify the two parts to get a result similar to the one in the video.

EDIT2: More! I’m loving this so much 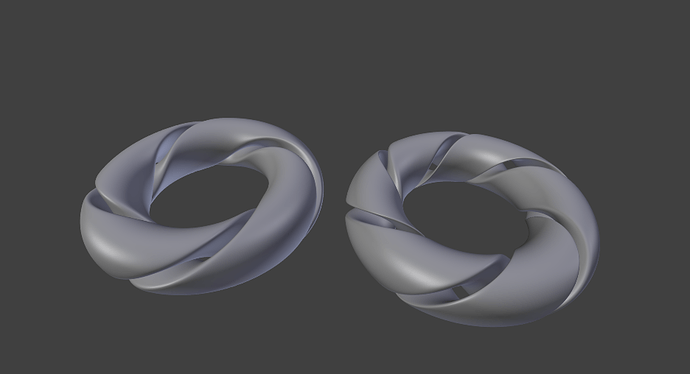 These are 2 and 3 twists. I have no idea what I’ll use these for yet but I know I will. Maybe for a 3d printing project

hey, thanks for pointing me to the extra objects plugin and sharing your pictures.

It seems that half-twists are not possible with the plugin. This would be great to create the möbius band mentioned in the video. Then you don’t get two rings but one connected band.

The funny thing with the half-twisted torus is that you just need to cut out one edge-loop and you get both opposing sides.

EDIT: I see that in the torus of the attached blend-file is an error. In fact I just have a 90 degree twist in it. Using the subdiv modifier I somehow just get three cuts per torus-segment. Anyway, interesting shapes can be created with that I am also considering printing it in 3D.

if you turn on Add curve : extra objects
it gives you a torus knot plus
that’s a lot of fun too and can change almost any parameter

@heddheld: you’re right, this also generates very fascinating shapes. Would like to see some of these shapes as real and large objects (e.g. as a playground for kids)

I didn’t realize your screenshot was a half twist. I was wondering how you managed to do that. I’ll try 3d printing some of these either on Friday or sometime in the coming two weeks. I use my school’s printer and because finals are approaching I won’t have too much time to use it. I’ll post here the moment I print though.

These shapes are so entertaining. I spent half my afternoon yesterday playing with them.

great, I am looking forward to the see the 3d printed shape of them 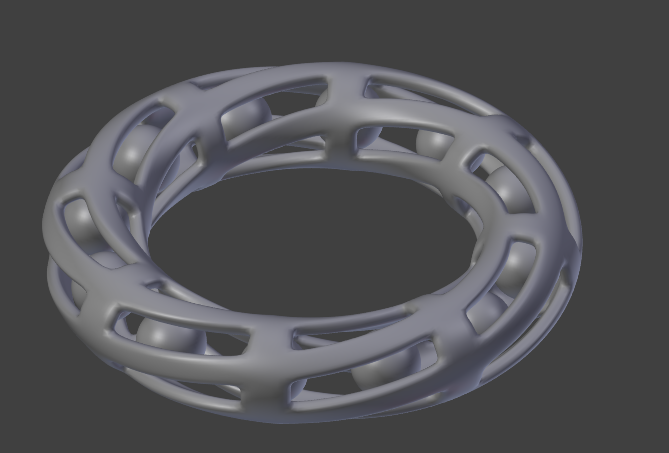 This is made using a 1 twist torus, and the solidify/subsurf modifiers. The torus is even thickness all over and acts as a track for the balls inside it. It’s nothing amazing, but still cool I think. Sadly I don’t have the right printer to make this, I’d have to order it from shapeways. 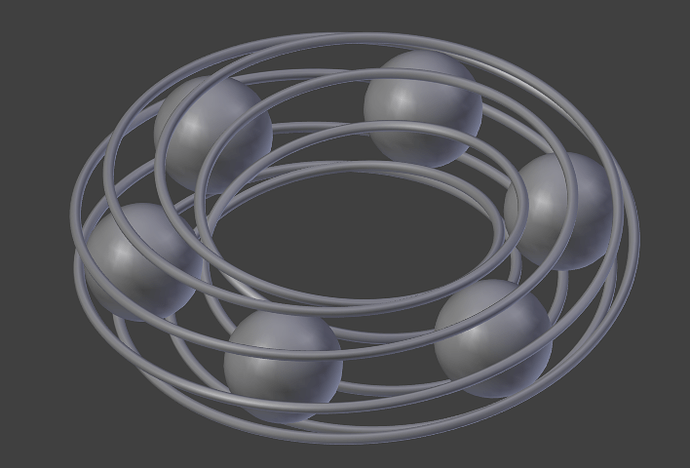 I’ll try to make this out of wire over the weekend. Results will be posted here

So I made a small animation flying through your 90^o Torus.

haha, thats great. I think, the visual effect would be even more impressive if you would do three or four rotations in the tours. Then you would see the lanes spinning. However, I need to correct my rotation errors in the model as the the lanes are not homogenously going into one direction. But thanks for this animation anyway.

your second torus knot curve looks amazing. Having this in real must be a fun object to play with.

A few months ago, playing with twisted torus and UV mapping techniques

wow, thats something for 3d printers

Michalis, I think I remember seeing this back when you posted it in the UV Mapping thread. I’m just as mesmerized now as I was then

Marty: It’s supposed to loop, only youtube doesn’t show it. Try watching the animation inside blender, I’ve attached the edited file. I wanted to make it a repeating .gif but the quality would have been too low to appreciate.

Thanks Shef_
I was having some fun, trying the half twisted torus (möbius) thing.
If we try to rotate an edge by extruding around, we get wrong normals as expected.
we can’t solidify this thing. Right?
However
If we do the same by extruding a face, then it works.
Because selecting a face loop results now to a 180º x 2

Interesting. Just noticed with Tabs menu the mesh extras do not show. Or am I missing something.

@shef: so did you print the twisted torus?

Not yet. Sorry for the lack of answers lately. Finals have been taking up my time lately. The 3d printer was in use by another project, so I wasn’t able to print it yet. I’ll see if I have time sometime next week. I’ll go back to blender in the weekend and post some more experiments though

You can download my twisted torus from http://www.blendswap.com/blends/view/4924
and animation here
http://www.kkrawal.20m.com/aw.html

created a long ago and uploaded on in Mar,11