When i bake the texture in Cycles, the baked texture is completly black. Why? Yesterday it wasnt with the same settings…
The second problem is visible seams (or something else, but visible in this places where i marked seams). It is almost invisible in blender, but really gut visible in game screenshot
What am i doing wrong?
Can You, please, help me? Im struggling with that over a week already and i’ve had enough…

Here is my .blend file.

It seems the bake turns out black because of the geometry. You’ve got stuff inside and it shares the same UV space as the outside. Separate the UVs and it should bake…
…though it probably won’t preserve the transparency, so I’m not sure what is the purpose of the inner object.

I don’t know why and when this inner object appeared, but i loaded an older version of my .blend which does not have it and now it bakes ok. But problem with seams persists…

The problem with seams has to do with aliasing, apparently.
It looks fine where lines on the texture are strictly horizontal or vertical. You see it on the straight parts, which have UVs aligned horizontally. But where it’s angled or curved you’ll see jagged lines. The difference in quality makes those seams pop up.
Two solutions to that one:

either upscale the texture (maybe put on a separate map);

or unwrap the triangle object as a single long strip of polygons (there still might be artifacts, but not as apparent).

I can try, but i’m not sure if it will be to big for this small rectangle(small part of whole image - upper right corner) which it must fit.

Yes, it is absolutely unreasonable to upscale the WHOLE texture. I meant only that this object (with this particular unwrap) needs more pixels. So it’s either has to have more space, it’s own map, or a different unwrap.

I can try, but i’m not sure if it will be to big for this small rectangle(small part of whole image - upper right corner) which it must fit.

You can still cut it in pieces. The point is to just straighten out the curvy bits. 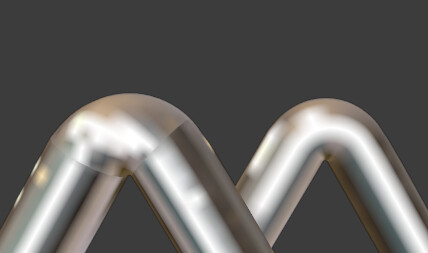 I unwraped it like on 1. screenshot below(Follow active quads + UV Squares addon) and there’s only one “seam” visible now - like on screenshot 2. How can i fix it?

Only the big island is for “triangle” and the other two smaller islands are for spheres. 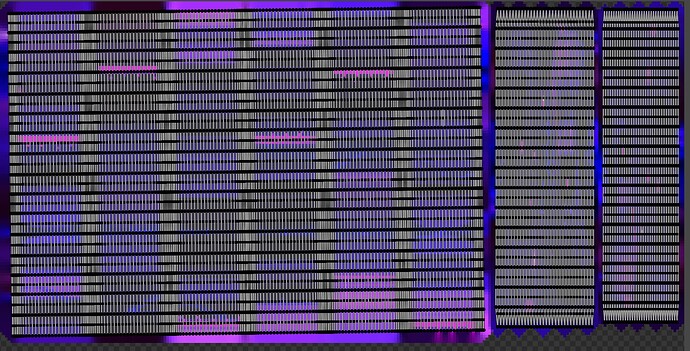 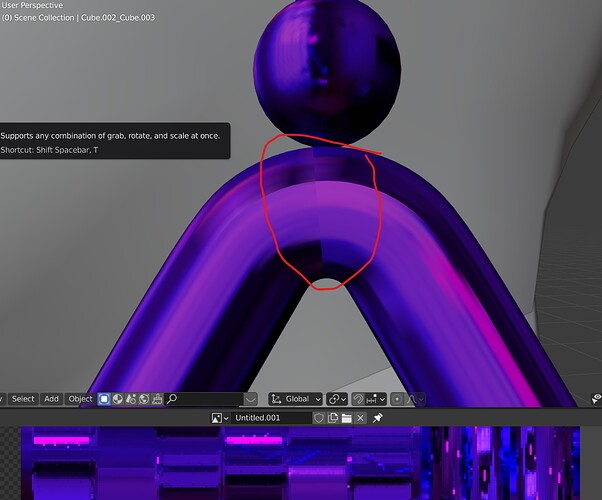 I wish someone more experienced would come and help properly.

As I understand it, you can’t avoid seams, not completely. Not when baking at tiny resolutions. It’s always advised to try and hide them the best you can.
In this case, if there’s no way around this, you could probably just go into Texture Paint and paint (blur) inconsistencies away by hand. Not sure it’s a good solution.

I think the problem was in scaling/resizing of the uv map. If i scale it only using S key (without specify an axis), there is no seams visible.
Now it looks much better, but the baked texture looks different than render anyway…Why?