One does not bake UV’s. UV’s are the coordinates that are used for baking a texture map, ambient occlusion map in this case. The same way as one doesn’t bake a cake pan, you’re making a cake. 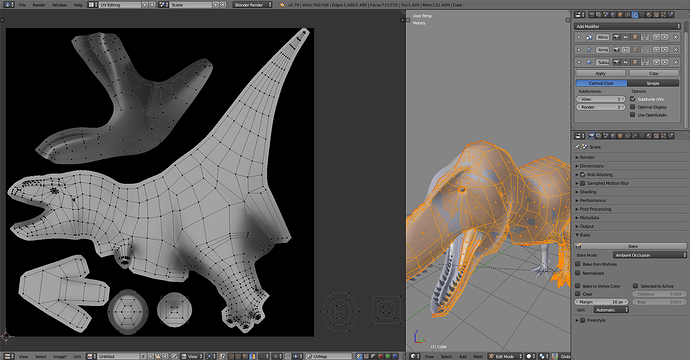 The modifier order is subdivision surface, then armature. That’s usually the wrong order because armature acts on the subdivided model and is slow.

The UV islands don’t have a consistent scale. The body has much less texture density than the other parts, and is likely to show up when you put details on those. They’re also harder to paint if you don’t paint on the model itself.

The reason I baked before making the colored texture was that I followed this here tutorial for making my Tyrannosaurus. Also, the eye question is still up for answering