So I am running an Ubuntu 64-bit 16.04 version on a virtual machine to test some networking I am developing. I am running it on a Windows 7 64-bit computer. On my physical computer, A text object appears normally. On my Ubuntu, while not playing the game, it looks like this:

So, is this just a thing with the operating system and Blender, or could something be configured incorrectly? 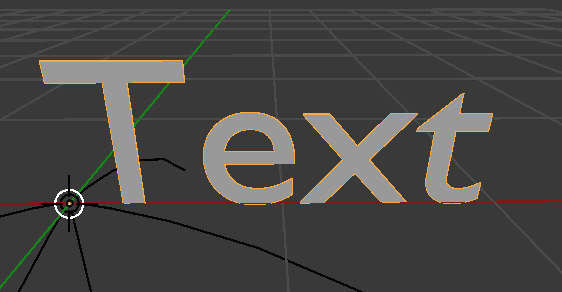 That usually happens when your drivers are shit, some incompatibility with openGL I guess.

how about switching to texture or material mode?

how about switching to texture or material mode?

Tried that. Didn’t change it.

The problem might be that the VM does not recognize my gpu or it is incompatible with Ubuntu.

Why are you running it in a VM?
VM’s normally don’t have hardware acceleration, which will mean that GLSL won’t work. Essentially you’re running in multitexture mode…

You can probably test networking on the same machine, just with two blender instances open.

I could but it is a bit easier on a Ubuntu do do specifically what I am doing.

Dual boot time? I’ve run both Linux and Windows on my machines for years (using linux as my primary OS though).
Or go down to your local junk store and buy a second hand/used machine to run linux on. Stick an old GPU in it and away you go.

You could try playing with the VM settings to see if you can enable hardware acceleration, I have sometimes has luck with that.
What VM software are you using?

You could try playing with the VM settings to see if you can enable hardware acceleration, I have sometimes has luck with that.
What VM software are you using?

I’m using VMware. I found out why I cant use the GPU for the vm. If I did, I wouldn’t be able to use the GPU on my physical computer.