Hello! I’m new to Blender, and to 3D. I’ve only done some minor edits to cars before, but I made my mind to finally make my own invented car in 3D. I know it’s just… well, totally noobish, I still have much to learn, but at least it looks like a car (a strange one, lol). I didn’t make the wheels nor the seats, just made the body. And yes, I know it could be much much better. It’s based on Live For Speed car UF1000. 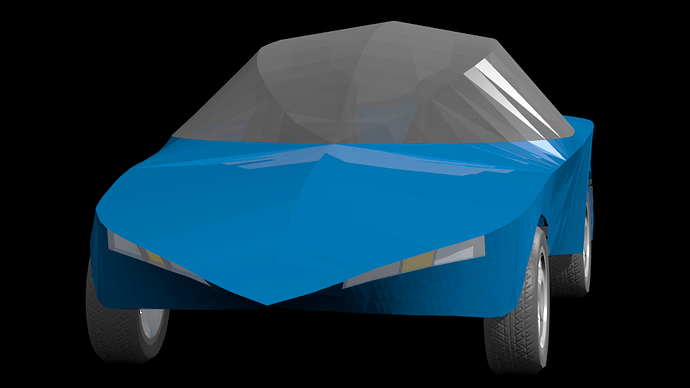 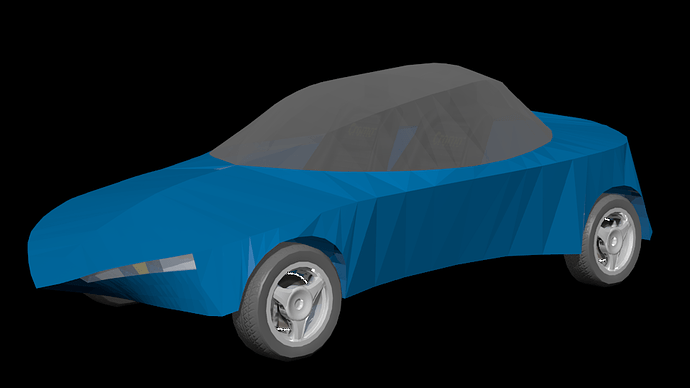 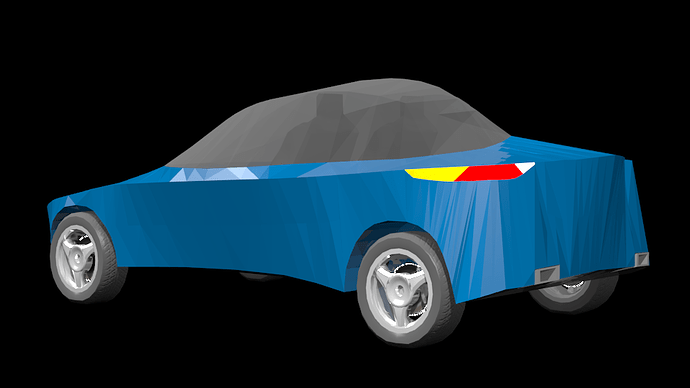 P.S. I hope this is the correct section for this… this is so “under” the level of the other models in this section that I’m almost ashamed of posting it.

considering that your new to blender, its not too bad…although i can tell from the non smoothed out renders that the topology is horrible…would you be able to post some screens of it in edit mode? the wheels and tires are really nicely done tho. To improve it, i would suggest setting it to smooth and applying the sub-surf modifier…never be shamed to post things in the finished projects secion, i have seen much much worse things posted

This actually isn’t bad for a first creation. I agree with everything that peter18 said, and I suggest that you might want to start with something a little less ambitious at first to hone in your skills. Then you will learn how to make things like this properly, and will be able to undertake projects such as this and complete them successfully.

Yes, I know it’s terrible. The reason for this is that I just made a few lines with vertices and joined them with vertices, thinking I would find an easy way to smooth it out later. Next time I’ll try better, of course. And of course thanks for the feedback, I’ll try that asap. Pictures:

Thanks a lot for the feedback. I know that the topology is awful, but when I made it, I thought I’d made some lines, join them with faces, and then I’d make some Blender magic to fix it… but I didn’t find the magic. Next time I know how to make it better. I’ll try what you said asap. Btw, here the pics, and how I made it.

Edit: I tried it, it looked completely messed up :shrug: 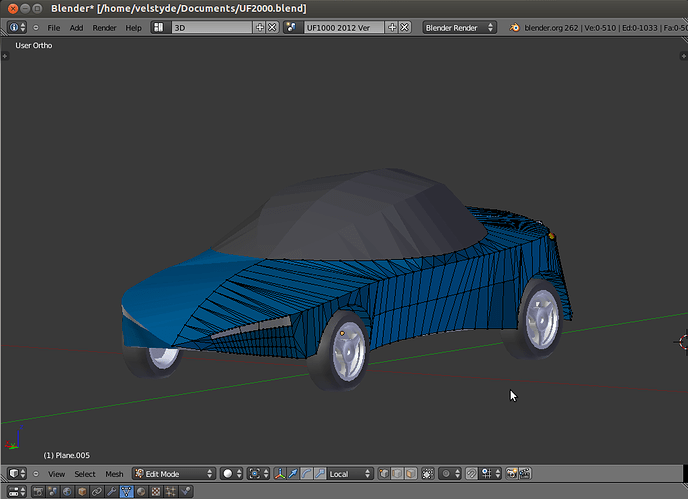 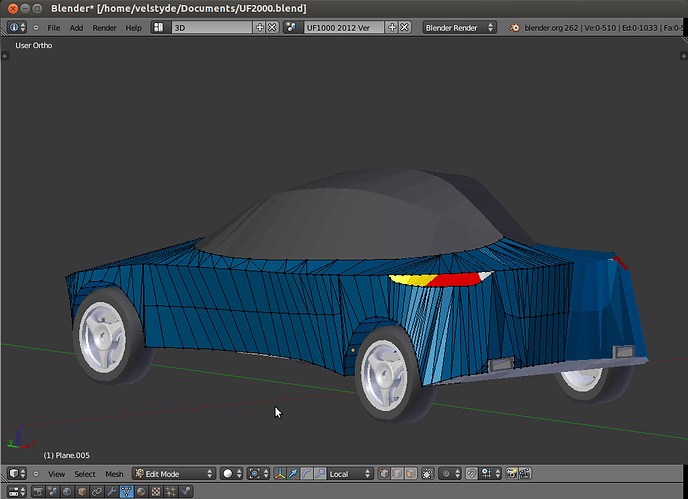 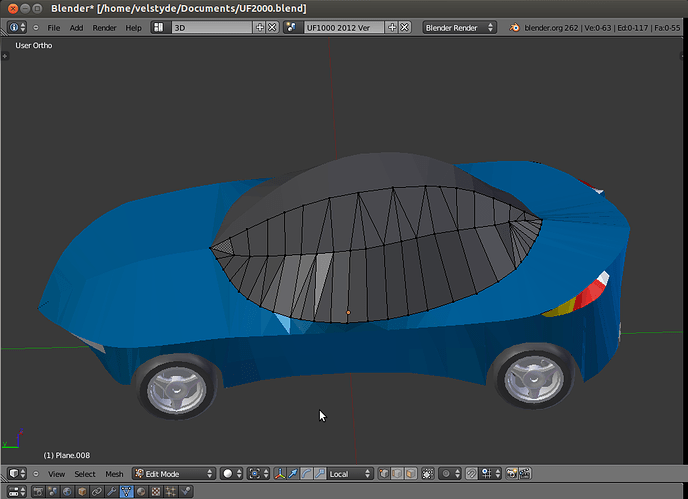 …you might want to start with something a little less ambitious at first to hone in your skills.

Thanks for the suggestion, but any suggestion in special? Don’t really know what’s easy and what’s not… Would like something car related :D.

go to www.blenderguru.com lots of great tutorials, including a car tire and rim tutorial also blender cookie has some excellent tutorials…youtube can sometimes be a good source too

An very basic thing you can model is a chess player or a wineglass.
ps. Not bad indeed for a first creation, much better than my first creation.
Good luck and welcome to the world of blender!

Obviously could use a lot of work (topology makes me cringe and a smooth shader could do a lot), but better than my first project. Keep working and I’m sure you’ll get a lot better.

Thank you, I’m working on a house at the moment. Will take time of course. Truth I’m making experiments yet, I haven’t begun.

Hmm…nice work for a first creation!

Perhaps we can work together, and make that UF2000 into something to be envied…