I have an OBJ file that I ripped from a game using TexMod. It’s over 10,000KB in size, yet when I import it, nothing at all shows. I’m not sure if anyone on here has any experience with TexMod or PCSX2, but this file shouldn’t be empty like it is.

Just opened the file and there is a mesh there. Quite a few of them. Upon import the size is huge but when I scale down it won’t let me view them even after joining and transforming location to geometry…

Can anyone comfirm this?

That file isn’t empty, indeed. The geometry in it (an unrecognizable mess of polygons, btw) is just so huge that the viewport clipping will make it invisible. That thing’s dimensions are x/y/z = 2.4 km/4,294,897 km/1.3 km…

I know when I was reading the tutorials at vg-resource, they said the OBJs could be really huge and need to be scaled down as well as some needing polygon alignment. I wasn’t expecting it that big. That was a test file I did to see if it was reading properly. This is the real file that I am trying to work with that’s only 5.51 MB. 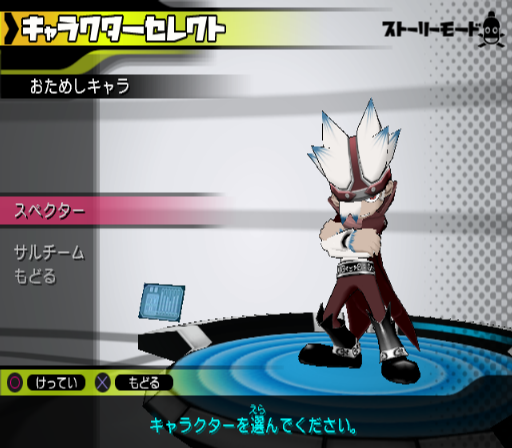 I have the screenshot here that captured with the OBJ. I am trying to get the character model out of it. If anyone can help me here, that would be great. I know this file will probably have huge dimensions too. I hope there is a way to fix that. This is the only way I know how to get 3d models from games. I can’t make them yet either.

Here’s the reference from VG-Resource if needed:

I had a quick look into that file: Let it be.
The geometry in that file is a rather horrible mess. Yes, you can scale it roughly into proportions, but you still have a mess of unconnected triangles, doubled geometry, flipped polygons and so on. I don’t see how anything usable is supposed to come out of that: The amount of work involved to turn that into something is out of proportion to the achievable result, imho.

This geometry is shot down. I guess there was a problem with writing this file. There is also the mtl part missing. But the UV is destroyed anyways.

I had the MTL in another file. Wow. That’s bad. I was hoping something could come out. Unconnected triangles… That’s very unusable. Is there anyway someone could make that model? I’ve seen lots of Spyro models on BlendSwap but none from the Ape Escape games. And I have registered on BlendSwap and still unable to log in.

There’s still a place for a hope ;).
Yes, triangles, quads are not connected, scale is cosmic. However when you bring these to something reasonable and figure that there are two of the mesh (all is doubled), clean out a bit and maybe put in more than 10 minutes…Ah, and btw blender has remove doubles and different selection modes/tools.

At the first sight (less than 10 minutes): 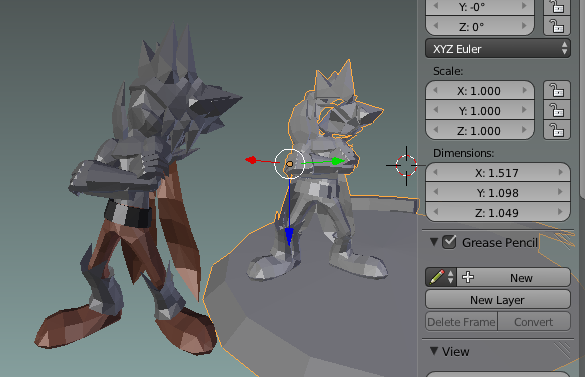 Here is the UV map for the model. I hope this is all the textures as it is all of them that came up on TexMod. 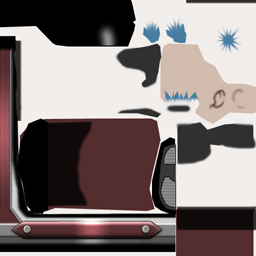 If someone on here can do the texturing for me, that would be awesome. I have just recently learned how to use UV seams and scale images. Characters are above my level at the moment. I hope to eventually learn them though.