So I’ve seen a few threads mention the shadow pass but after trying to give it a go I still don’t understand.

One person mention that you place the plane (or whatever will receive the shadows) into its own layer and check the ‘shadow’ button, disabling the ‘z’ and ‘combine’ buttons while enabling diffuse direct and indirect. Did that, when to the nodes editor, had my shadow layer and non-shadow layer combined with mix node. Under the shadow render layer I plugged in the ‘shadow’ circle thing as the input for the mix image node. It didn’t work.

Can someone shed some light on this subject?

Not sure I understand your node setup; can you post a capture?

What kind of light source are you using? The shadow pass in 2.63 currently only works with lamps and not with shadows cast by emission materials. 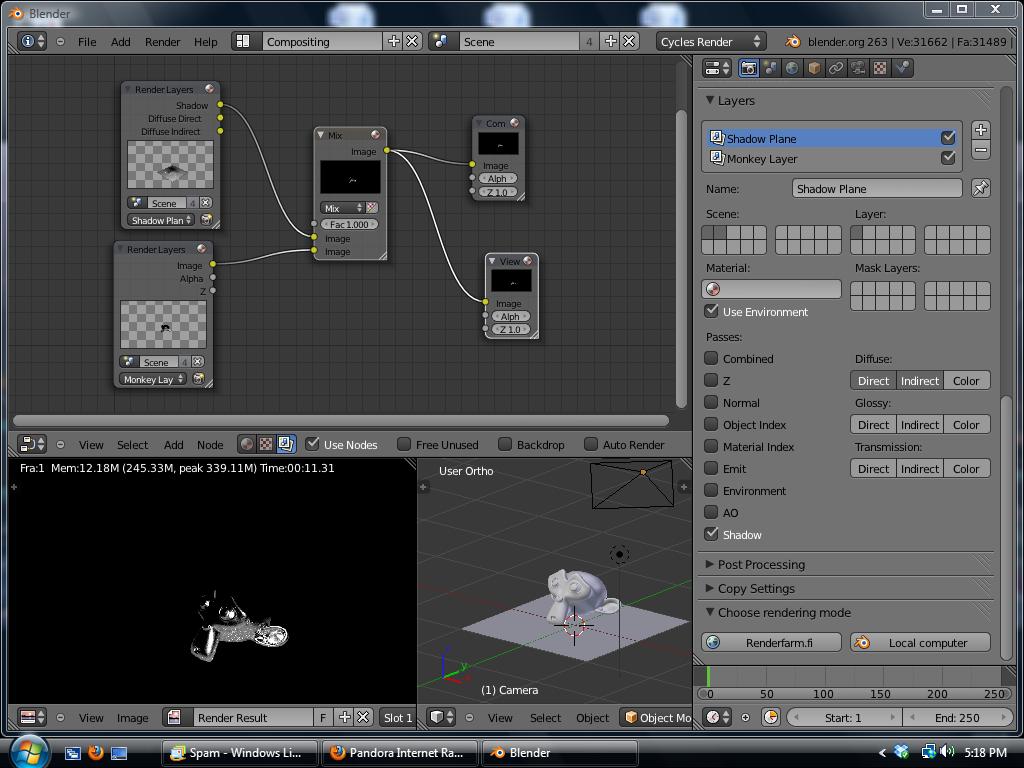