I constructed a rough surface with some “quads”. Then I added a cone performing as “parent to” this surface. The intention was to duplicate cones on the single faces, let’s say they should be the normals. But the coordinate system of the “DupliFaces” does not point in the direction of the normals of the faces, as you can see in the attachment (z-axis is not identical with the normal of the face). So the cones are not oriented correctly.

The same also happend to a mesh with triangles, where the “dupli” coordinate system was not the same as the one of the triangle (normal).

Why is this so? 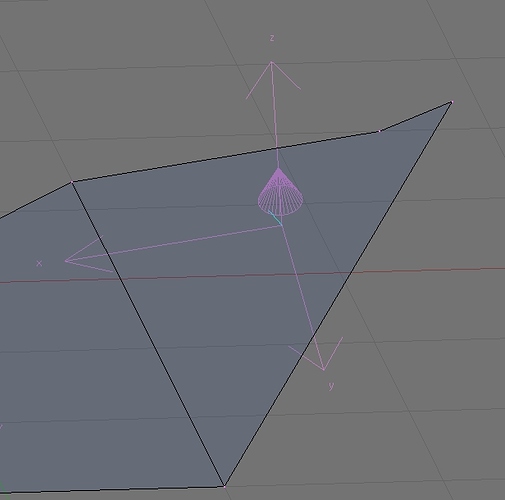 Hard to tell from here but that normal doesn’t look normal. Try Ctrl-A on the triangulated mesh in Object mode.

No improvement, sorry. What should happen? “DupliFaces” is active, so no animation will be applied to the cone.

I posted the problem to the bug tracker.