I would like to take a moment to apologize, for the crud humor of this piece. With that being said, I hope someone else finds this stupid [email protected]!#* amusing.

Anyway, after some frustration with another project, involving the fluid simulator, I decided to do this silly idea I had for a low-poly, just for fun. I tried to make things make things as low-poly, as I could. Though, I did not use the decimate modifier on anything, but the rocks. I did not like how the other stuff was coming out. Everything was done in Blender and rendered with cycles, at 350 samples.

Critiques are welcomed. I noticed the weird textures around of the roof, and the fact that the house is kind of floating. I only noticed those after looking at the full-size render. There are, of course, some issues with the tree’s shadow, around the edges. Other than those issues, I would like to know what could be done to improve on this project. 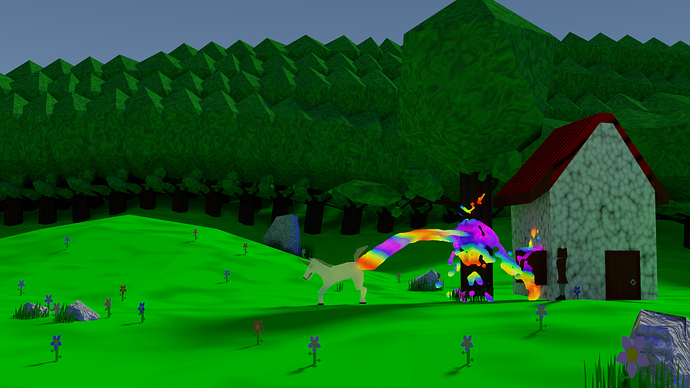