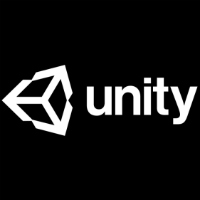 Report: Unity is looking to go public in 2020

Unity Technologies is planning to go public with an IPO during the first half of 2020, so long as market conditions are favorable.

I can’t say if it will for sure be the end of their goals of democratizing game development, that being amid more recent incidents that impacted the ideal. I also can’t say this will be a bad thing overall as the impact on customers when a public offering is made varies a bit.

One thing to watch though is whether this could lead to an attempt by Autodesk and Adobe to get a controlling stake, as the former has an active partnership with Unity and the latter is looking to expand in 3D. Either way, it already led to a noticeable bump in Patreon funds for the Godot guys, so this could actually be good news for fans of FOSS solutions.

I switch to UE4 and boy am i glad i did it, i spent a lot of money for nothing on the asset store until i notice that UE4 was having them included.

But competition is healthy!

And I’ll predict that Armory3D will keep them from doing it.

Although these venerable engines have had a long run and rely on royalty revenue, there are serious issues with using them, and deployment issues which Armory3D in particular – being based on Haxe – promises to eliminate.

In fact, it occurs to me that Unity’s shareholders might now be pushing for an IPO so that they can cash out, anticipating that their future will actually not be like their past. (Technology is ruthless and unforgiving, especially in this space.) Although it will take time, a Haxe-based alternative which they cannot “buy up and shut down” could ruin them: they’ll continue to get revenue from existing deployments, but developers will switch platforms because now they can sell to more targets much less expensively and because now there is a credible alternative that doesn’t demand royalties.

Armory is so far away from being a marketable competing product that I doubt it’s even on their radar, and I say this as a monthly Armory contributor.

And I’ll predict that Armory3D will keep them from doing it.

I wish it was a fact that FOSS is actually causing the big commercial vendors to panic and take drastic measures, but even Blender 2.8 isn’t exactly causing the Autodesk execs. to quake in their boots. This is common wishful thinking that was seen in this forum since Blender’s open sourcing in 2002.

M9, Ace … obviously the present state of Armory isn’t there yet, but, “I can see the future.”

I don’t look for disruptive change happening, because that sort of thing – while endlessly prophesied – rarely actually occurs. But I still “see the future” when I look specifically at Armory, and therefore expect that it will become a game changer, for these two reasons:

(1) Seamless integration into an existing well-known 3D environment, implementing key things such as materials in the same way and avoiding the need for import/export. Even “small” changes like this can save significant costs.

(2) Specifically, “the Haxe language,” an already-proven technology which really does do what it says it can. It now becomes much more practical to leverage your investment.

(1) Seamless integration into an existing well-known 3D environment, implementing key things such as materials in the same way and avoiding the need for import/export. Even “small” changes like this can save significant costs.

On this, it will depend on how reusable content is made possible. There is nothing more time consuming than changing attributes of an object and going through the entire game, level by level, to apply it to all similar objects. The advantage of a zero-pipeline approach quickly melt away if this is absent.

Unity has done this through the prefab system. They have recently introduced nesting, but it may have become a major stumbling block for the engine as a lot of users have complained about poor design. Making it worse is developers chiming in saying to fix a few notable things will require a rethinking of what they just added.

Godot meanwhile does not even allow you to make a truly un-reusable object setup, because every scene ever made in the engine and every .dae or .escn import can appear in any other scene (as long as it doesn’t produce a cyclic dependency). This is due to the engine simply throwing away the idea of prefabs and scenes being separate components.

This type of thing would be the elephant in the room, as it’s one of the most basic components of a game engine, and required if you ever want to finish anything but a small project.

Yes, and here’s the thing that Unity & Co. really have to fear: “Okay, if your developers can’t do it, I’ll do it myself!” Uh oh.

In about two years’ time, so I am told, one developer created Armory3D, integrated it into Blender, developed simplified renderers that achieve FPS, and built the whole thing using Haxe and foundation classes such as (his) Iron and Kha. Then, after making peace with the finances, he put the source-code on GitHub. That’s a tremendous achievement, and it points the way to a genuinely open-source, cross-platform game engine that isn’t beholden to the proprietary notions of a single company and its stable of paid closed-source developers. It also fairly suggests what could be done if many more developers were involved – witness Blender itself.

What I see in the fairly near future is a not- proprietary game engine that has developed to become technologically superior, and more adapted to other platforms which Unity et al do not now serve. And the cynic in me idly wonders if their investors might be thinking the same things, too. (But please note that these are just my opinions, worth the pixels they’re printed on. I have nothing to lose nor to gain.)

No one’s going to make Pixar change the tools they use to make multi-million dollar movies, but games are really a much more “lightweight” thing. Open-source engines haven’t promised distinct advantages – until now. If your business model survives on royalties, not sales, and someone comes along with something that is both royalty-free and better than yours, then you are officially in trouble. Courtesy of open-source.

In a more general vision, the era of video games, and the modeling and animation and rendering that remains on screen is about to end … or better will continue to exist and grow also, but not in economic expansion … I think that saturation is has already reached a long time …

The real news in the coming years, will be in the things that will come out of the screens, and then in the materialization of the objects that will creep with these software … I mean the industrial design and the simulations that will replicate the real … a kind of craftsmanship modern will emerge, somehow these software will be very useful in robotics, research, and making in general …
3d printing, artificial intelligence, and precise assemblies …
the mix between the real and the immaterial world will be the new approach on which these applications will beat a lot …
The classic use will be just opensource with some highly-specialized addons … the industry will move into home automation

“games” will be teaching simulators.

At the last is almost a predestined pattern … the first 40 years of “game and entertainment industry” were from childhood and adolescence, in which we played and imagined the future … and now that playing we are shaped we start to physically building the world that we had only imagined before …