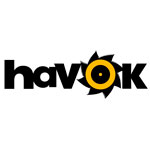 Unity partners with Havok to roll out new physics systems

Unity has partnered with Microsoft-owned Havok to update its game engine with two new physics systems: one new default option and a 'high-end' option backed by Havok's proprietary physics engine.


A couple years back, I recall the Godot engine getting a lot of flack for having their own custom physics solution rather than an established player. Now though, we are seeing the biggest commercial player apparently ditching PhysX in favor of an in-house solution, coded specifically for the new design they are working towards. They are also planning to code their new engine in a way that will allow it to be open source and not at all limited to Unity.

There’s also a hint on the Unity blog of another step being taken to monetize even the free version, adding a high-end physics option using Havok which will probably come with a pricetag.

In a way, it seems the day of PhysX being the physics engine for game developers is starting to wane. One open question I have is if they will deliberately place limits on the new Unity Physics to encourage even free edition users to pay for the Havok integration, as making it too feature-complete could prevent its sale.