The first corridor is over. Now I come back to where I started. More screenshots and 360 panorama on Artstation. 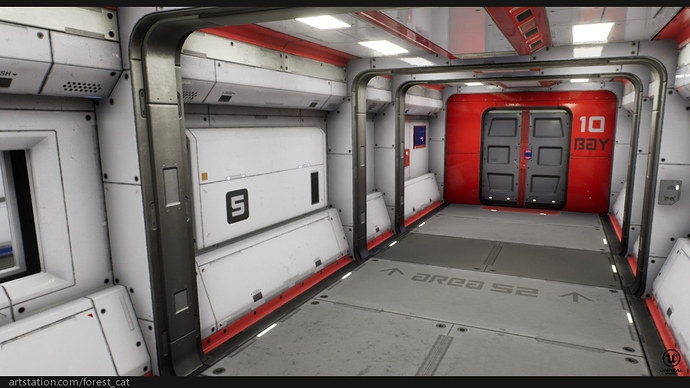 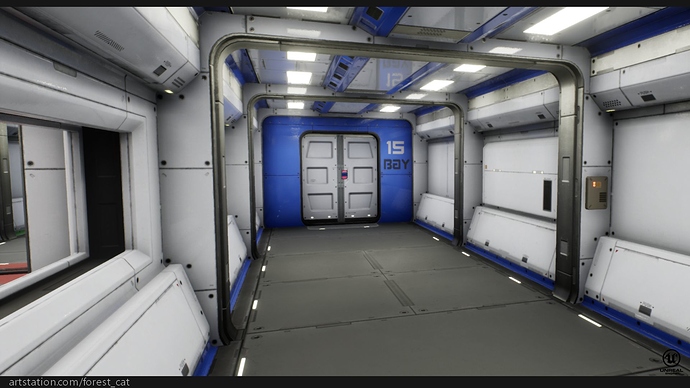 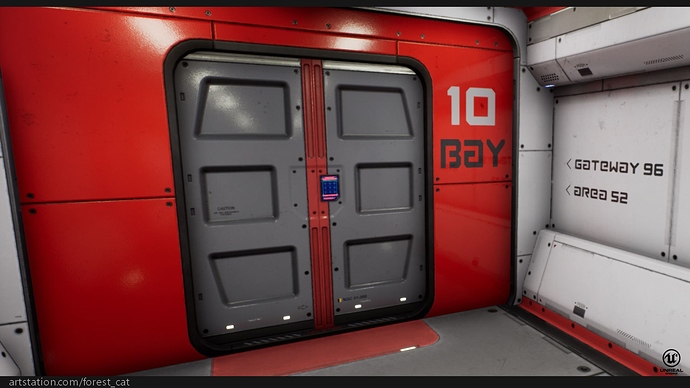 A small test of modularity. 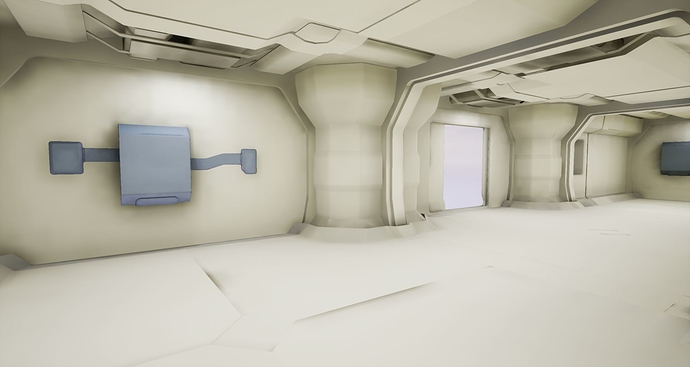 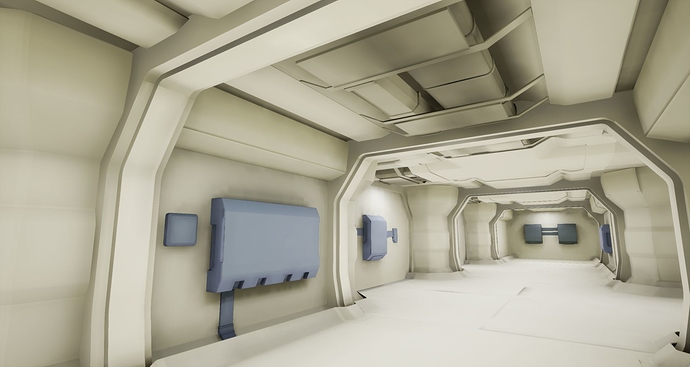 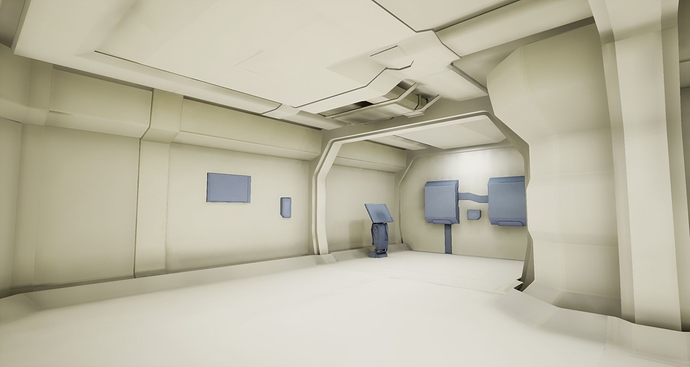 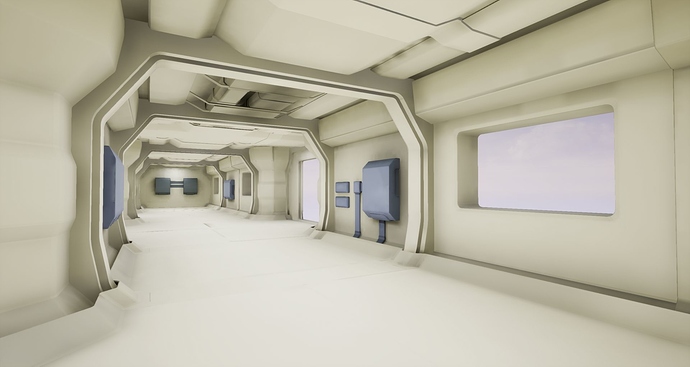 Began texturing. The first thing made the console.

UE4 version of your corridor looks better (why am i not surprised) i also like the colors more and the fact that you added a little-bit of dirt. That’s what i meant last time.

The only difference is the lighting and post-effects settings. Most likely in Unity you can get exactly the same result, but how exactly do I do not know. While UE4 used almost standard settings with minor changes.
Vertex painting and projected in the world coordinates dirt probably the best variant for a modular environment. At least for me.

Finished with the walls.

All textures are ready. Now I am assembling the final meshes and gradually exporting them to UE4. That’s what the modular floor looks like.

I tried to make the doors in the style of Deus Ex.

Finally finished with corrections and rework. All in all it turned out 45 meshes and 27 decals. A little bit of the master material, now you can more accurately adjust the roughness. 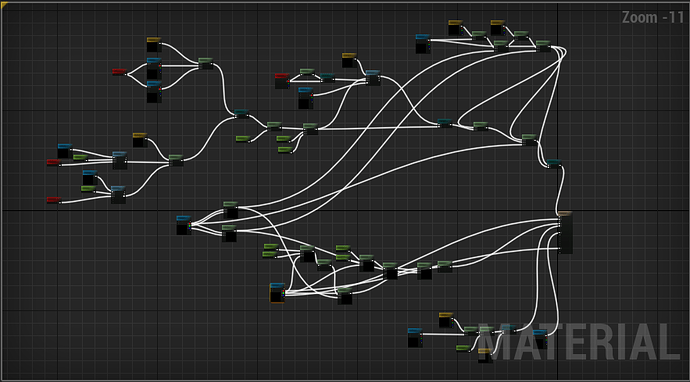 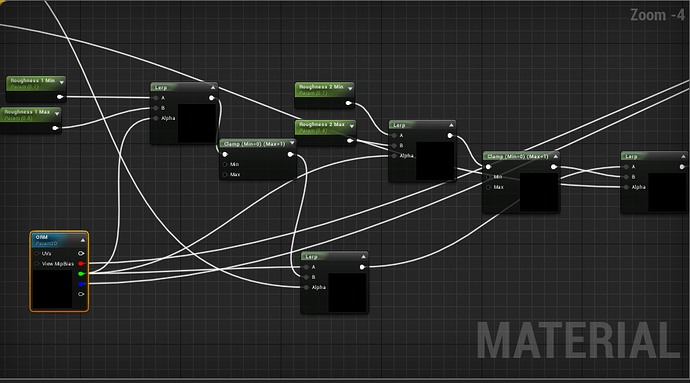 To make automatic sliding doors with sound turned out to be rather difficult for the person practically not familiar with Blueprint. But I finally coped with this task. The main problem was that if you quickly go in and out of the trigger, the animation of the closure was triggered before the animation of the opening. After adding a small check on whether the door is open at the moment I am facing another problem. Now, if you leave the trigger before the open animation is finished, the doors just won’t close. At this point I was specifically stuck, but eventually I was able to figure out how to solve this problem. And now everything works perfectly. Each of the animations is played from the beginning to the end together with the sound. And the doors do not get stuck in one of the positions even if it is very quick to enter and exit the trigger. Here’s how it all looks:

Today he gathered a scene and made a test span with a camera. The doors were opened with the help of FirstPersonCharacter which moved simultaneously with the camera. This is a fairly crude option, but the highlights are already visible.

That’s all. It took a lot more time than I expected, but the result was worth it.
More screenshots and 360 panorama on artstation: https://www.artstation.com/artwork/w883W6 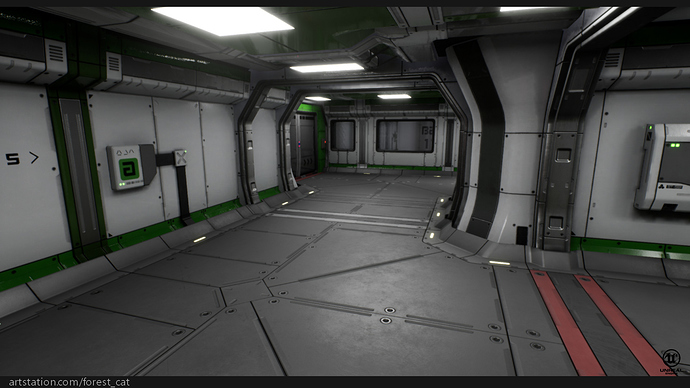 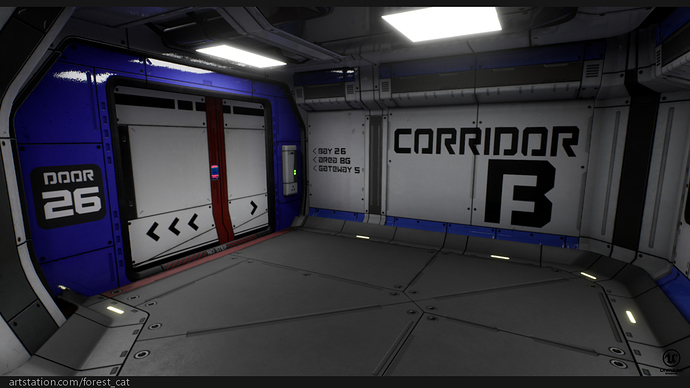 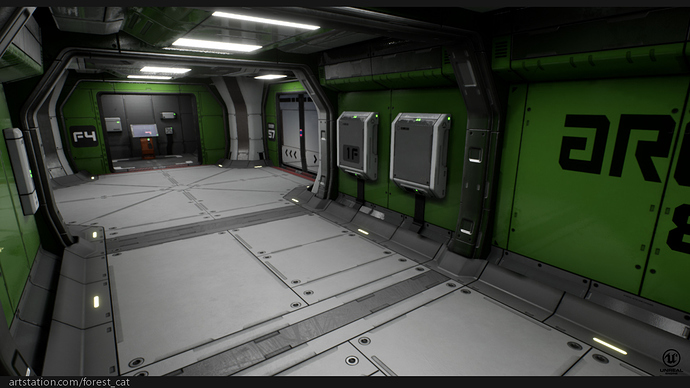 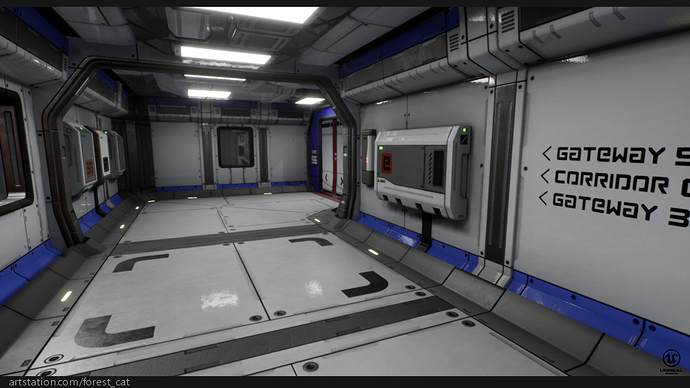