Vertex could cost too much memory cost as the resolution would be million vertex resolution.
While texture interpolation or tiled texture will always be lot more cheap.

You’ll need to define materials roughness, metallic , emissive maps or other maps.
I think this will be textures also, perhaps high rez 4K or 8K , but textures made with texturing tools or baked from Zbrush for example, as per vertex would be too much memory cost.

Perhaps some engines will allow per vertex data, but i think they will have to reduce the scenes complexity.

This unreal 5 is kickass,if only Blender could have these great realtime atmospheric lighting alone.Ue5 must have a very clever LOD system,otherwise no grafikcard could handle this.

I think Epic has their eyes on more than just video games. VR, virtual meeting spaces, visualization, interactive training / Education etc. All those combined are a much bigger market than video games. And the Covid-19 crisis is helping spur interest in that. Some complex ideas just cannot be gotten across in a zoom meeting. A lot of companies are now asking themselves if they need giant office buildings anymore. Manhattan Faces a Reckoning if Working From Home Becomes the Norm The coronavirus pandemic may push more visual effects work into the cloud. That business, like many others, is heavily dependent on cramming as many people as possible into office spaces where they…

Epic just threw down the gauntlet. Now all the DCC tools are going to have to catch up (Maya, Substance, Blender, etc.). Many cannot handle, for example, UV unwrapping or texturing directly on the highest sculpt detail level.

Playdead’s Inside is one…

Many cannot handle, for example, UV unwrapping or texturing directly on the highest sculpt detail level.

Zbrush or Blender allow to work on very detailed models already or use 4K textures, i don’t think there is something to catch up.
The new version engine uses 8K textures, they don’t use directly vertex painting as this would be too high memory cost, or you’ll have to bake vertex painting into textures, so you’ll keep using textures, so nothing changed for DCC tools i think.

Also i think most indies won’t make such very high poly detailed characters or environments and will make different kind of graphics like great indie games that are made.

Just watched demo. And pooped my pants a little. Holy crap. I can’t help but wonder how many terabytes a UE5 game would be though…

Oh, well, I mean…INSIDE is probably in my top 5 games of all times. Incredible art department. But why post this? It’s highly stylized and very easy to render. I’m was talking about Unity games that are at Tarkov level of realism.

The demo is just awesome!

I wanted to play with UE for a long time now so today I finally installed.

And that trying to set up a simple scene takes almost about 1gb? (I was just following the new scene template)
And, lastly, that when I use UE the CPU here is under constant, intense stress? I rarely hear the fans spinning this fast and I use C4D, Blender, Fusion, Resolve…
I know, I should probably ask on their forum but I figured maybe someone here already knows some of this stuff. The best looking Unity game I can think of is Escape from Tarkov. I play it.

You get a friendly wiggle from me. (I am not gonna shoot you in the back, I swear!)
Imagine an EFT successor running on UE5 with an open world and graphics/audio like the tech demo.

True dat. I just thought “Inside was made with Unity!” and posted that real quick. I gotcha.

I also wonder if perhaps some day mankind will discover that the entire Universe, and everything in it, our lives, our loves, our dreams, our very existence, and consciousness itself, was merely a simulation… In UE8 or UE9…

I know…god I can’t wait. I’m in my 40’s…what will my lifetime hold? Ready Player One?

I know, can you imagine what tech was created by The Matrix A.I.s? The level of detail running realtime is astonishing.

What i like the most is their Nanite geometry feature

Nanite geometry is streamed and scaled in real time so there are no more polygon count budgets, polygon memory budgets, or draw count budgets; there is no need to bake details to normal maps or manually author LODs; and there is no loss in quality

I would like to test it and see how much this can be pushed when there will be new PC motherboards designed the same way.

I guess voxel based rendering will gain a lot from that type of new hardware and new 3D engines software capabilties. 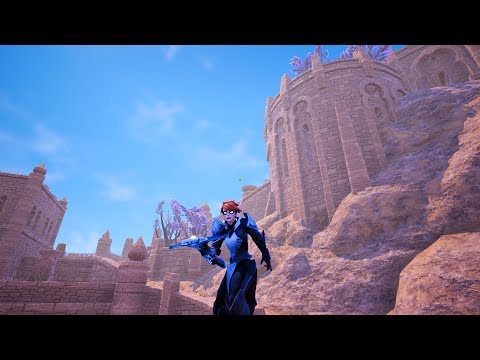 Unreal 4 already is an engine designed for the creation of heavyweight AAA/film quality games using the latest technology while performing well, so that is probably part of the reason why it pushes hardware as hard as it does.

I don’t see Unreal 5 making the engine seem like less overkill for smaller and/or less ambitious games. In the world of FOSS the Godot engine does a pretty good job as the lightweight solution for those projects.

About space though, one can only imagine just how large the next-gen games will be if normalmaps and tessellation are replaced by literal high-res geometry. There would either need to be some very sophisticated compression technology, heavy use of cloud-based data delivery from massive server warehouses, or the average personal SSD drive getting 1000 times larger (if you want enough space for a game library).

I mean… geometry doesn’t really have to take up that much space. At least compared to 8k textures. Zbrush project files take up a lot of space but that’s because they’re either uncompressed or poorly compressed. Which is fine for project files. But you can do a lot better if you accept a little lossiness.

I just wish that Unreal had a better programming experience than a lot of poorly documented C++ macros. Blueprints are nice but they seem to have their limits. Also building shaders isn’t as powerful as in Unity. Hopefully these will get fixed so I can completely move to Unreal. Zero fees before $1M revenue for the engine is just way too appealing to ignore.

There would either need to be some very sophisticated compression technology, heavy use of cloud-based data delivery from massive server warehouses, or the average personal SSD drive getting 1000 times larger (if you want enough space for a game library).

Read about PS5 architecture to get a glimpse of how PC architecture will change.
The demo is running on a PS5 new hardware without needing cloud based or other things you are mentionning.
They are also using Kraken compression that have the hightest decompression speed.

I don’t see Unreal 5 making the engine seem like less overkill for smaller and/or less ambitious games. In the world of FOSS the Godot engine does a pretty good job as the lightweight solution for those projects.

Its’ not overkill, like Unity you have lot of parameters to make scalability, so you can also scale down quality and features to mobile games for mobiles low hardware or low hardware lap top and PC.

While both are around 200mo and under 200 for packaging some tps game template without textures assets, that’s really low specially for desktop games.
(And both allow to make 2D game running fast and smooth on old hardware)

I think it’s mostly people not using Unreal or Unity or not selling a game made with those, always telling about those not having scalabily.

Also you forget Godot is also loosing some scalabiltiy as it is moving forward dropping OpenGL 2 that was able to run on any kind of mobile with lower hardware or any kind of old laptop or PC hardware.
And the next Godot realease that will get graphics update, i’m not sure it will look as advanced as Unity HDRP at high quality, and it should need good enough hardware if it gets real time global illumination that is not very cheap GPU feature.

Also You forget Godot is not licensed for consoles and next gen consoles, someone told me about switch but it’s not even official and not as easy as publishing to consoles on other 3D engines.

Each developer has it’s own preferences about what 3D engines he prefers to use, that’s also not always only a matter of scalability or licensing.

The same way the new Unreal licensing is a great option for indies, i would say the more choice and diversity for indies is better for all.
(Not mentionning many new 3D engines for non programmers that appeared recently while having scipting capabilities more suited for non game developers)