we reached the plateau like half a decade ago, i for one cannot tell the difference between current and next gen anymore. its all very much samey.

overall the use of ridonkolous highres sounds like the beginning of the end folks. i dont know how big patches have to get for people to realize their bandwidth sucks. it just keeps getting worse.

You are among very few not so seeing the difference

This is not only a next gen games glimpse, but also about PC hardware that will get big changes everyone will benefit, for example bigger assets usable in Blender with instant data transfer and no lag.
(Or voxel based terrain or rendering perhaps will become more and more used).

Your statement confuses me, for we have been stuck in a generation for well over half a decade now. Nvidia bringing forth RTX/raytracing has finally brought something to the table to make the next gen finally happen.

instant data transfer and no lag

ive heard that one before. it was bullsheezels then, and its probably more of the same now.
ill start believing when i see it happen. as in, not hearing every other guy complain about freezes and stutters.

and “everyone will benefit”, cute thought but nope not really. only those with a budget.

turn your rig into a grill.

weve all seen realistic already. it doesnt stun me anymore. at one point graphics will have to accept theres a peak.

Also You forget Godot is not licensed for consoles and next gen consoles, someone told me about switch but it’s not even official and not as easy as publishing to consoles on other 3D engines.

Godot does have a porting service run by one of the engine founders though. One thing to note is that the console makers have the power to force indies into using only the engines made by established companies they have good relations with (ie. FOSS is banned, unless it’s “source available” like Unreal).

Its’ not overkill, like Unity you have lot of parameters to make scalability, so you can also scale down quality and features to mobile games for mobiles low hardware or low hardware lap top and PC.

Maybe not for the games that come out of the engine, but there’s plenty of comments out there on how the engine can tax your machine and on the rather large amount of data you need to download to stay up to date. It makes Blender’s filesize look tiny in comparison.

And Godot will still have the GLES 2 backend for the creation of lower-end games, it is the GLES3 backend being tossed in favor of Vulkan.

weve all seen realistic already. it doesnt stun me anymore. at one point graphics will have to accept theres a peak.

Actually, RTX does benefit in the form of dynamic GI and unlimited reflection and refraction effects. I could see Eevee getting it eventually for those effects that can’t easily be done with scanline (not to mention for GI). Even then it doesn’t look like games will have the tech. to replace Cycles yet (as we see with caustic effects and the effort on devtalk to introduce spectral rendering).

i dont even think better graphics is bad. im just tired of seeing nothing but graphics. and people losing their pants over very small leaps in quality.

Raytracing can be used for things other than graphics. Audio and AI for an example.

yeah thats the kind of stuff id prefer to hear more about. but my feeds are mostly bonkers polycounts and shaders thatd make my toaster explode. eh, im just too saturated.

Maybe not for the games that come out of the engine, but there’s plenty of comments out there on how the engine can tax your machine and on the rather large amount of data you need to download to stay up to date.

It’s about optimization in that Unreal 5 demo, i don’t thinnk they rely only on hardware.
Unity already showcased how much they could push rendering using multi threading and their new ECS system.
And it was running in current hardware, not next gen. 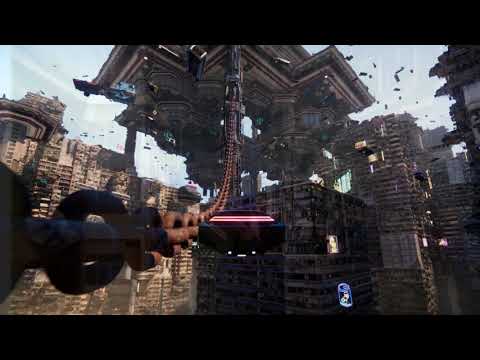 About game engines i think it will always be about who is able to optimize the best. 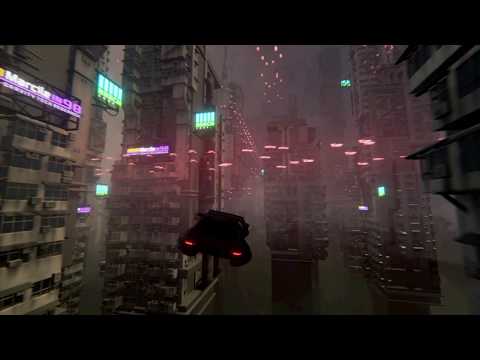 One thing to note is that the console makers have the power to force indies into using only the engines made by established companies they have good relations with (ie. FOSS is banned, unless it’s “source available” like Unreal).

No one is forcing, even Godot got Unreal grant.
It’s just lot of indies prefer the best support possible available, and the most tested and prooven engine to run with higher compatibility for consoles or desktop PC without big issues.

i dont even think better graphics is bad. im just tired of seeing nothing but graphics. and people losing their pants over very small leaps in quality.

While about games i’m also not interested a lot in big production or open worlds, perhaps Horizon sequel but that’s almost all.
I prefer some high productions small indie games or some top Nintendo games that is unmatched about games entertainment.
Indeed many areas would need more work like just lot better AI with lot better behaviour; and better adaptation in dynamic game environments, and with lot less glicthes and bugs

Same for creation i don’t mind a lot about 3D engine able to display million polygons as like most indies i’m not making same games as big companies and high detailled levels is too long until you got the same procedural in house tools as the big companies uses, or same big teams

But perhaps beeing able to drop million polygons without LOD and no normal maps for some game creation will be cool to play with.

BTW, some games does not need high polygon count to shine
https://youtu.be/zw47_q9wbBE?t=10

Just one point: in VR the leap in quality if much more noticiable than in 2D. Just go and try Half Life Alyx. The quality of assets really shines. Also Fallout 4 VR is really the first time I noticed the assets in a completely different way.

Is there some technical document one can read about this nanite technology?

There’s not much info yet. https://twitter.com/BrianKaris/status/1260590413003362305 Following @BrianKaris on Twitter probably the best bet right now.

Alex from Digital Foundry has posted a video with his thoughts on how the tech is working based on frame by frame analysis of the footage. Worth checking out. 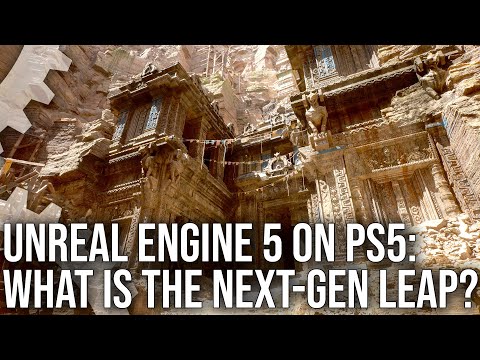 I just made some retopo , UV mapping, normal map baking and LOD work, it’s really tedious work we would be happy to no more have to do

Can’t imagine how fast and simplified will be workflow when we won’t need those steps.
Make a model in Zrbush , paint it, and just use it in the game engine.

I guess there will be specific tools and specific 3D engine features to lower storage, and optimize game performance. They also said the game polygon details will be adjustable.

Until Unreal 5 is available, for medium hardware games we don’t know if Unreal 5 would be able to run on it, or will run slower than Unreal 4 using standard optimized workflow (normal maps and LOD workflow).
Perhaps rendering 720p and using DLSS2.0 to upscale.
Also will this run on vegetation and characters ?

BTW this new workflow will be a game changer.

I’m confused with your comments. You don’t see a difference? You think it’s ‘very small leaps in quality’…

From what I’m seeing with tech demo, this is almost like the quality is not only much better, but skipped an entire generation. This tech demo looks light years better than any game out there. And the actual tech in nanites and lumins is super next gen. And this tech demo hasn’t even given devs a chance to really get good at what can be done. Five years after the engine is out and being used, you’ll start to see AAA titles making games that will blow your mind.

The ability to bring in raw assets from Zbrush…no normal maps. Up close scrutiny is just as detailed…and no LOD pop in at all (on pixel level you won’t notice). Real time GI? This doesn’t impress you? You don’t see a difference?

You basically have said we are already at ‘realistic’ and you’re not impressed anymore. Listen, we are FAR from realistic. Look at Ready Player One. That’s like two decades out. Who knows. Point is, yes games like Hellblade, or Metro…those looks amazing. But close scrutiny, there are so many issues that downgrade ‘realism’ in those games. You don’t even see the low-fi issues in those games, because the devs hide them well. But if you don’t have to hide stuff and can just create? Right now we are nowhere near Ready Player One…and honestly, even Metro on max doesn’t come close to this tech demo. To me, it’s like someone saying, ‘Dude, DVD is fine, we don’t need Bluray. Why you freaking out over this?’

I can only wonder what would be the ramifications for VR if UE5 can process billions of polygons without normal maps.

UE5 can process billions polygons on hardware that does not even exist for PC.
So you get an idea of the hardware requirement and not sure you’ll render the same scene without using normal maps or displacement maps in VR as most of the time people optimize a lot for VR dual rendering.

BTW VR is noseous and tiring as it’s not natural vision, after some hour of use

BTW VR is noseous and tiring as it’s not natural vision, after some hour of use

That would be true for all of the cheaper VR options, but the high-end stuff has technology that can prevent some or all of the nausea for a full play session (though you still want to take breaks).

The ultimate goal is VR like Ready Player One or The Matrix. All five senses are engaged, you can run, leap, fly, and even swim as any creature imaginable, and virtual objects can do things like resist you, push you, or block you (with no need to be augmented by a specially designed arena).

As an example of full realism, a rock in that UE5 demo striking you on the head will give you pain and a headache to say the least, but it all goes away when you turn the game off.

BTW i’m waiting to see Godot next gen Nanite equivalent, but perhaps not waiting as this could be too long.

Epic reveals the system requirements for their tech. demo.

And that's not bad at all when you think about it. Epic discussed the requirements to run this demo properly on PC, revealing that at least one RTX 2070 Super is required....


For most people, this means they will have to do a full system upgrade (to a new motherboard, new storage, new GPU, ect…) if they want a chance of experiencing this next-gen tech. for themselves or even just to create it in the new engine. If you consider yourself just a player though, then the cheapest option will far and away be the PS5.

I never said that, and Godot is advancing at a quite decent rate for my needs (see the official thread in the news forum for more info).