Premise: Follows the adventures of a crew aboard a small naval vessel of the (Unnamed) Empire.

Format: Seasons comprised of 12, ten-minute episodes. Each season will have one overriding storyarc guiding the direction of the show, and of course smaller subplots linking individual episodes. The seasons should lead into each other in a plausible linear basis. What happens in season one, creates the situation in which season two takes place, and so on.

Gimmick #`1: The (Unnamed) Empire uses light sails. http://en.wikipedia.org/wiki/Light_sail The vessels will be rudimentarily modeled after sailing ships, complete with hand loaded cannons. Idiosyncracies will dealt with by story-conceits and some nifty techno babble. But mostly we’re going to rewrite laws of physics to suit our needs. A more detailed explanation of this will follow later.

Gimmick #2: The (Unnamed) Empire is religion based. The Captains of the ships are also the Priests. The Space-faring organization of the empire is a ministry slash trade, involving the different levels of apprentice, journeyman, deacon, elder, and the like. Outside of a level classification, crew members will also have a job description. Steersman, sailmaster, gunner, mate, deckhand, what have you.

Characters: The main characters will be decided upon by the writing team. Its my idea that the characters could go through a seasonally based rotation, with a couple of them carrying over from season to season. Being set on a ship, we will have a limited number of characters to deal with, so laying out a basic framework for all of them could help decide which characters would be suited for which stories.

Background: The (Unnamed) Empire is well established and stable. However, tensions are growing with neighbors. The first season could deal with the tension, and lead into the second, where the fight erupts. The empire is comprised of about 30 solar sytems, with ten highly developed, five partially developed, and the rest in a variety of developing stages. From frontier to just barely pre-industrial developments.

Physics: The star-sail is not itself enough to effect space travel in a timely manner. We’re ignoring that. However, we’ve also decided that due to gravity and energy and some other spacey-stuff, there are currents between solar systems that remarkably speed travel. These currents twist and change with all that fancy space stuff going on, so Navigators and the like are needed.

I think that covers all of the general bases, any questions, contributions, comments, just let me know.

I started myself with the ship. I like architectural modelling, I like making sure that everything works well together, I enjoy the straight lines and lack of armatures. I do hate human modelling with a passion. Not that I won’t do it, but that I’ll do it last. Hopefully someone else can be suckered into it.

CnC, and contributions are welcome. This is my first posted work in progress too, so if I should show something, but I’m not, then let me know.

I tried to pick pictures that give an idea of the general ship. The first is an exploded view, hopefully it gives an idea of the overall structure of the thing. Next a three quarters, to give an idea of the lines I’m looking at. I plan on adding more plates and some greebles to flesh things out. The lastshot is the gun ports. I haven’t cut them out yet, but then I haven’t made the cannon either. The last is

I’m not sure how often I’ll be able to update this thing, I’m shooting for once a week. 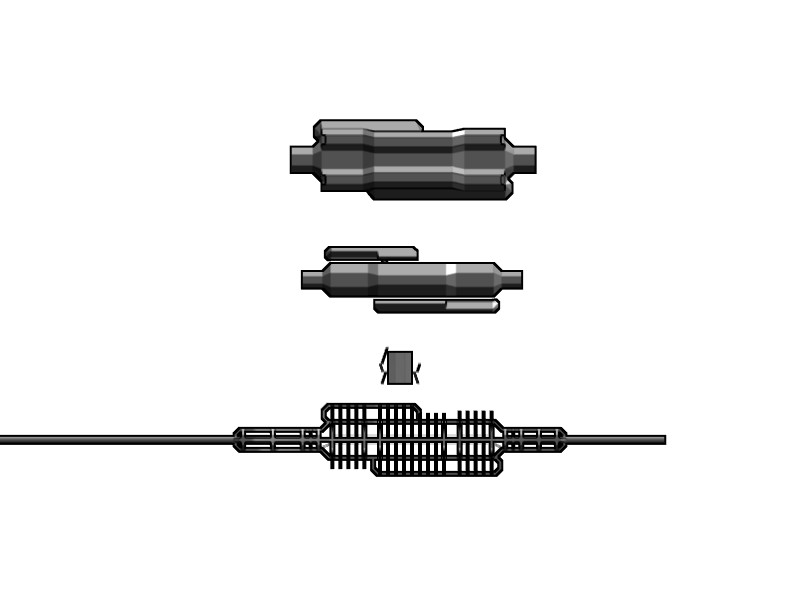 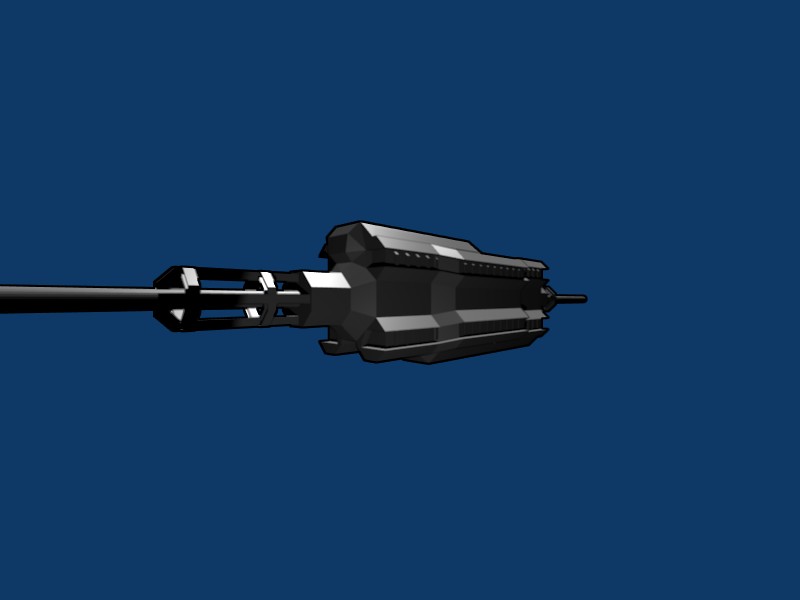 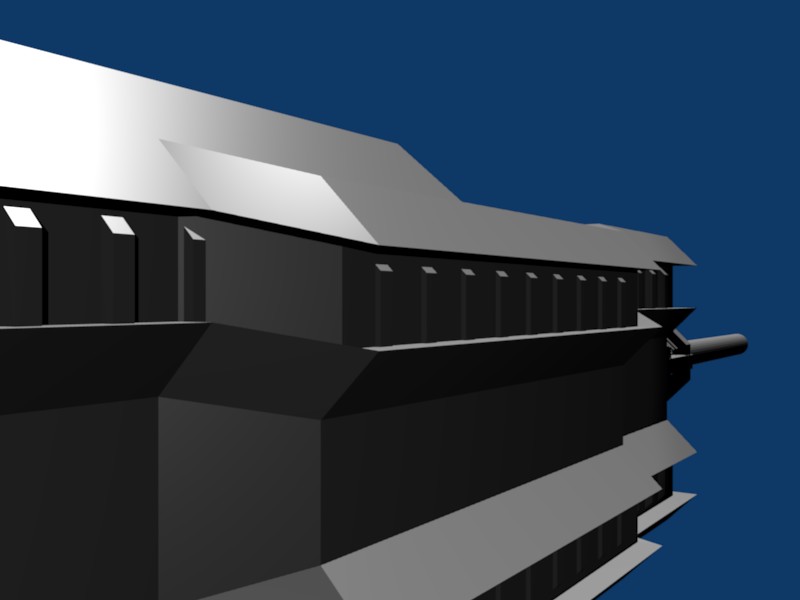