I’ve been trying to figure how to get unwrap (smart projections) to stop scaling some of the sides of my simple model. I’ve checked off “Stretch to boun” but obviously it’s still trying to do something clever.

Is this possible to stop smart projections scaling/warping the UV points.

I’ve attached a picture of the problem. The sides of the tent (yeah, it’s a tent) have been squashed, despite them being about the same size as the roof

Basically I just want to do a nice 1:1 model to UV map onto a texture. I’m kind of confused with the standard unwrap. I feel like I’ve been doing the same thing over again, but at first it never did anything, then it made the UV coods overlap, now it’s doing it perfectly; no scaling and no overlaps. Basically unwrap is now doing everything I expected smart projections to do. Obviously there is a lot to learn.

<edit>
I’ve been playing around with the standard unwrap and it seems that my mismanaged seams were causing all the grief. That, and the fact that an already unwrapped texture then has to be re unwrapped or else one UV map/mesh gets drawn on top of the other. 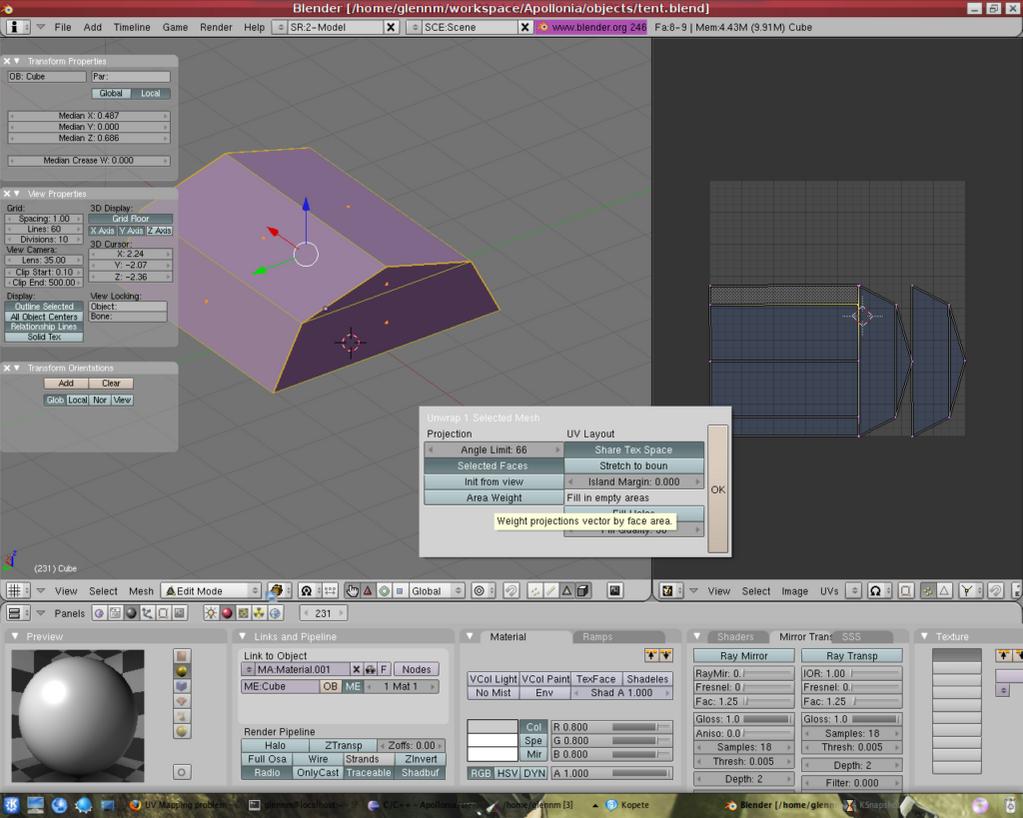 Stretch to bounds scales the uvs to the edge of the texture.

For smart unwrap - Area weight is the one you want. The one you have shown looks like it was projected from the top view.

Std unwrap will only unwrap the pieces you have selected, so when everything is selected some parts may overlap.You can let Blender arrange all the pieces by using Pack Islands (CTRL P) If the parts have different texture densities then use Average Islands (CTRL A)

In edit mode there is a tab with UV calculation. For mechanical stuff set to Conformal (area weight), for organic leave at angle based