Use alpha of texture for z mask?

I’m trying to add a swarm of flies into a vfx shot I’m working on. They come up and over a treeline in the distance, so I’ve keyed out the blue sky to get the contour of the treeline, I’ve exported the matte from After Effects and imported it into Blender. I have a large, roughly planar object acting as the treeline, then I just front project the keyed out image sequence onto the plane object to occlude the flies, only… it doesn’t do that. It uses the original geometry of the shape (ignoring my alpha mask) and makes the whole plane alpha zero (non z transparent, so the sky will show through, not whats behind it).

Is there any way to get the ‘env’ option in the materials to recognize the alpha mask I’ve used?

Pictures of what I’m talking about:

Here’s the scene and the matte with Z transparency turned on: 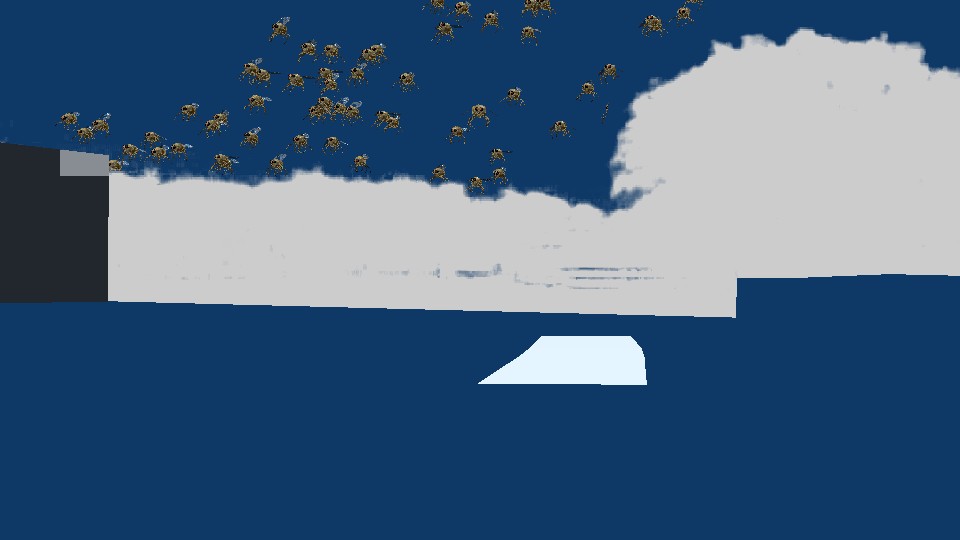 Here’s the scene with z transparency turned off: 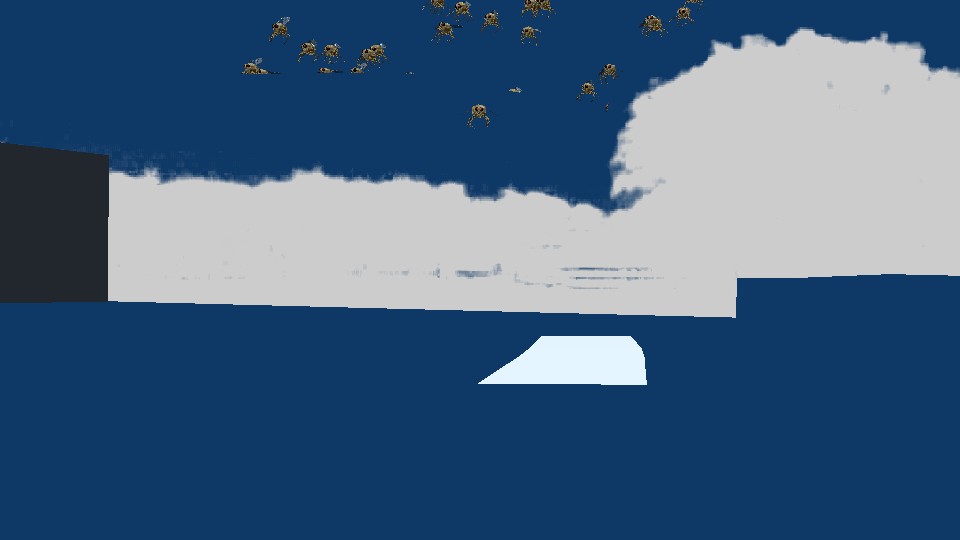 I can’t use Z transparency in the final version, because the matte can’t be visible in the final result. It’s visible with z transp off in the second image just to illustrate what it should look like.

OH and a wireframe of course: 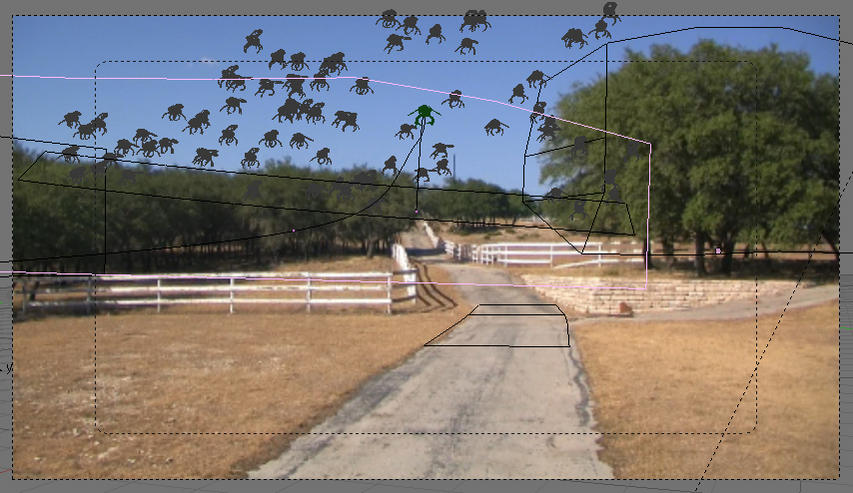 If you’re having that much trouble just take the bees back into AE with this plugin: http://www.fnordware.com/OpenEXR/
That should save you a lot of trouble…it’s free.

Ohhh!!! That looks VERY tempting… I’ll give it a shot!

Hehehe, and those aren’t bees… they’re ‘whale flies’. http://blenderartists.org/forum/showthread.php?t=161472
They’re about a meter long! lol, it’s going to be a wild animation!

Dude… RamboBaby… this is soooo friggen cool! I knew about OpenEXR but I had no idea it could be this awesome! Looks like I’ll be rendering this whole sequence out as openEXR files… but man is that going to make for some huge file sizes… luckily I have a brand spankin’ new 750GB external hard drive.

It’s actually not so bad as long you stick to the standard OpenEXR format and use the Half Type compression option (be sure to include Z also). Multilayer files are the real bitch because they don’t have compression support from Blender (probably due to speed or something similar).

What’s the difference in using half type compression, quality-wise I mean?

Absolutely none, 16bpp is considered standard for vfx work. 32bpp is great for working with film but is extreme overkill for 3D image files.

Sorry, I meant bits per channel, not bits per pixel.