I wasn’t completely sure about what section to put this in but it’s mostly a UV problem so i think this is right.

I have a block with a square top face that I used the array modifier to duplicate four times. I have the UV map set up so the square face is completely covered by the blue square in the texture. Is there a way to make the array modifier keep moving the UV map up the texture to each new square and then wrap back around to blue so the squares have a pattern of blue, green, yellow, red, blue, green, etc., instead of the UV map staying in the same spot and it staying blue?

By the way, this isn’t actually what I’m working on, I just made it to easier demonstrate the problem. I’m using the array modifier in conjunction with a curve modifier and bezier curves, so applying the modifier first isn’t an easy option. 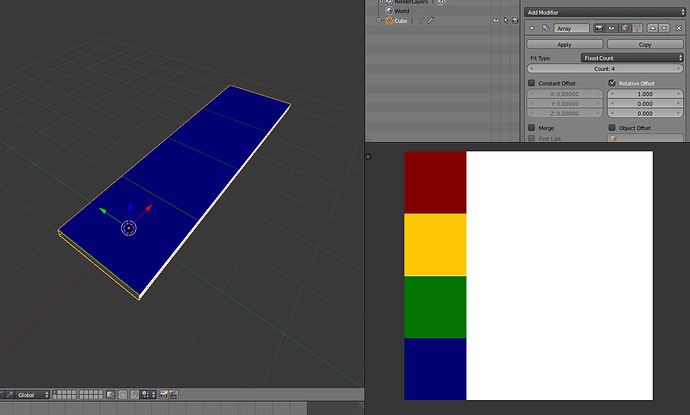 Thanks in advance, and Merry Christmas!

You can throw a UVProject modifier between the Array and Curve to allow the projection of an image upon the resulting array mesh. To leverage this modifier you need to add another object to the scene to project from. In the attached example file I added an Empty. To manipulate the projection of the image upon the mesh surface use standard transformation tools upon the Empty. In this case I scaled the Empty along the X-Axis to stretch the repeating pattern out and rotated it along the Z-Axis by 90 degrees. 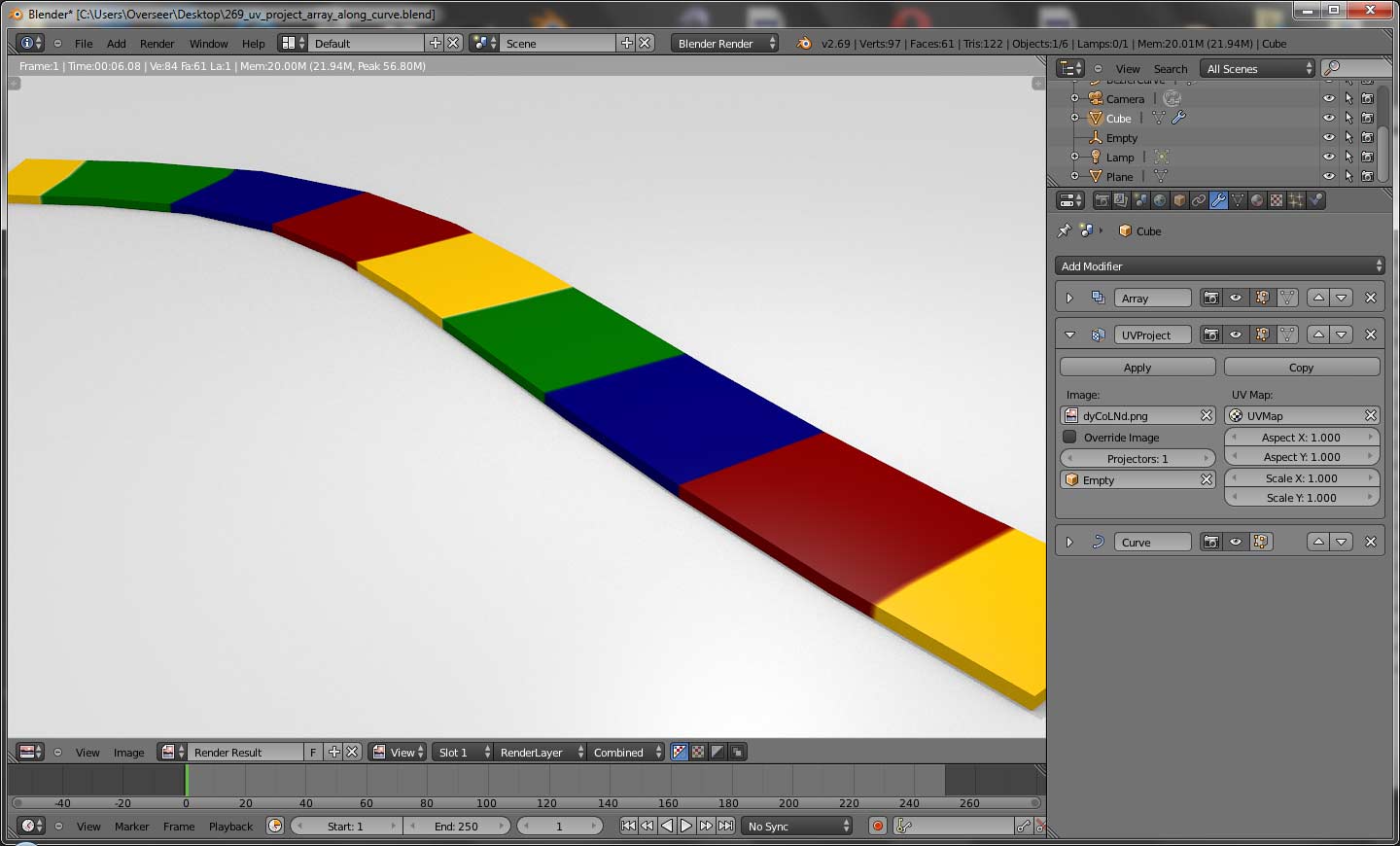