I previously used Blender Render with good UV results on an object. I’m now using the Cycles Render, as I understand it imports into Unreal better. The Texture and Material view looks fine, but the render is black. 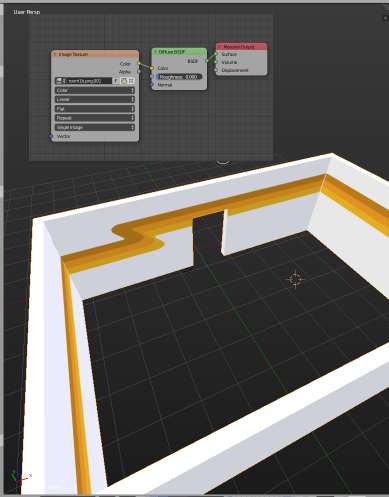 Also, when I import the model into Unreal, it uses the aforementioned texture for a reason unknown to me. It somehow determined a wild layout for it as well. The shadows seem to be artifacts from leaving off a face that would not be seen. I’m trying to figure out ways to cut down on polygons so I won’t get bogged down later.

You have cropped your screenshots so you’ve removed the useful information from your scene.
Are you using in lighting in your scene (that works with the cycles renderer)
Are all the objects including lighting on rendered layers

I just added a hemi, as that worked with a test cube. However, I can’t get it to work with the room. I’ve included a full screen shot, but I don’t know what parts of the interface you need to see. 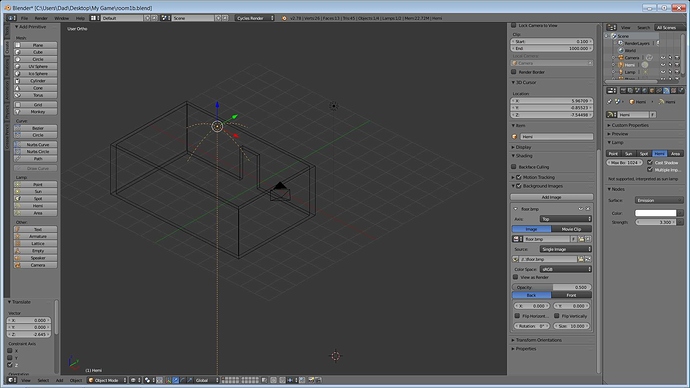 I’ve read that I also need to include a light map if I want to import textures into Unreal. I’ve successfully imported 1 UV texture into Unreal. I used Blender Render and didn’t create a light map. Unreal likes to assign that texture to models I import.

Unreal behaves strangely with my imported models. A model and texture created in Unreal disappeared from a level, but were still in the content. I can’t texture a certain import in Unreal. It only shows an average color. When I eventually get a workflow, I’m going to make a Blender to Unreal tutorial. I can’t find a concise tutorial.