Hello everyone!
I tried to use a UV-texture to make a background for a scene. I unwrapped the interior, exported the UV layout, used some textures in photoshop on the UV layout and exported two uv maps (color- and bump-map). I used those maps on the interior in the node editor for its material as seen in the screenshot. Most of it seems to work but the texture is aslope. You can see the edges aren’t straight. Especially the one on the z-axis is bent quite a bit. The edge on the x-axis as well, whereas the edge on the y-axis seems to be rather alright.
I should also note that this occured after I tried getting the texture straight. Before, there was only the problem that the patterns on the two walls didn’t match. The texture on the right was a bit lower and still is.
Can someone help me with there problems?
Would be really nice!
Also, his has nothing to do with the experimental feature set. I also tried the supported one. 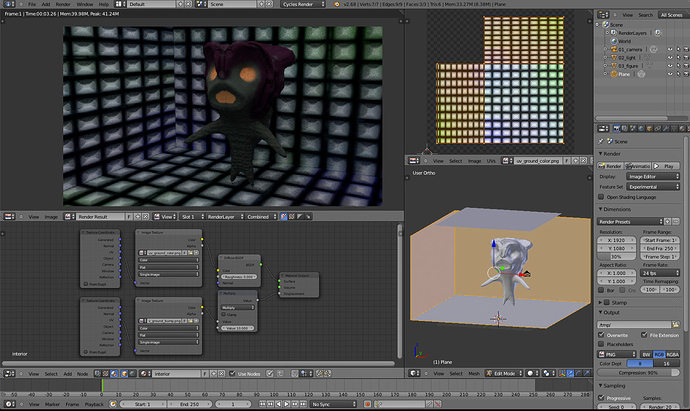 EDIT:
I’m not exactly sure about this, but maybe I accidentally created some sort of optical illusion here?
I just rotated the camera so that the straight line in the back has to be vertically straight and even though it doesn’t seem like it, but after pulling it to the edge of a window, I could see it is actually straight. The other question remains, though: Why is the texture on the wall not fitting? I even pulled the points of the uv unwrap to the texture’s exact pixels. 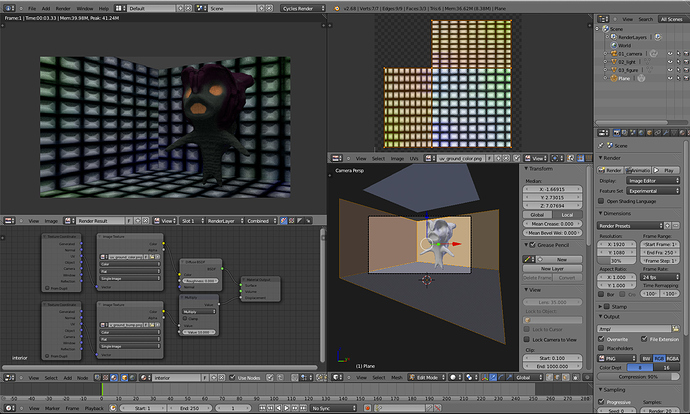