I am working on a midel of a tank, and I am at the UV unwrapping/texturing phase. I am unwrapping the body, and am having some strange issues. Most of it is unwrapping just fine, but the bottom and bottom of the sides are acting very strange. If these pictures aren’t enough to help, I can post the .blend file. Does anybody know what I am doing wrong? 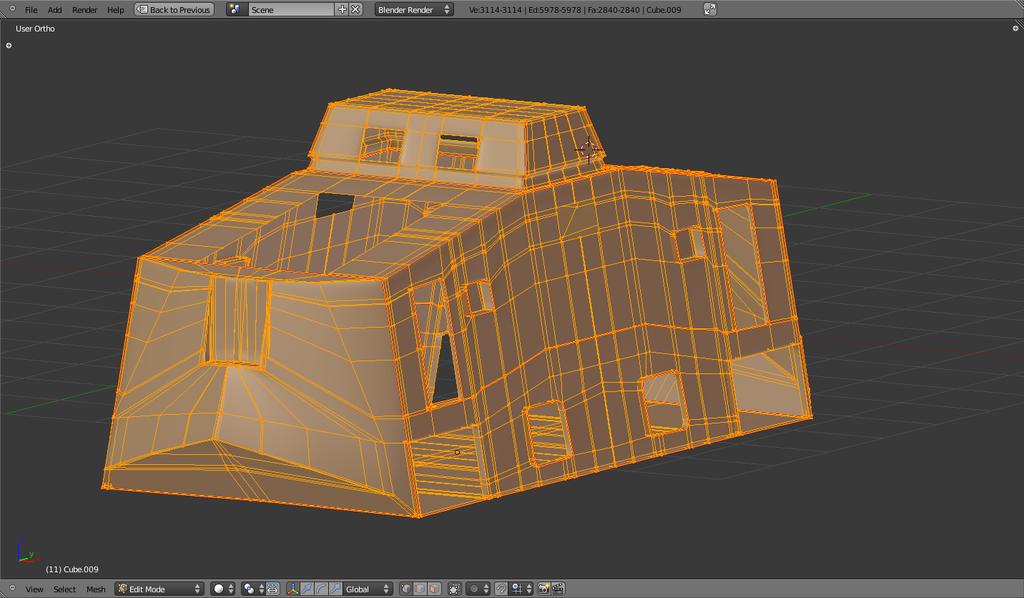 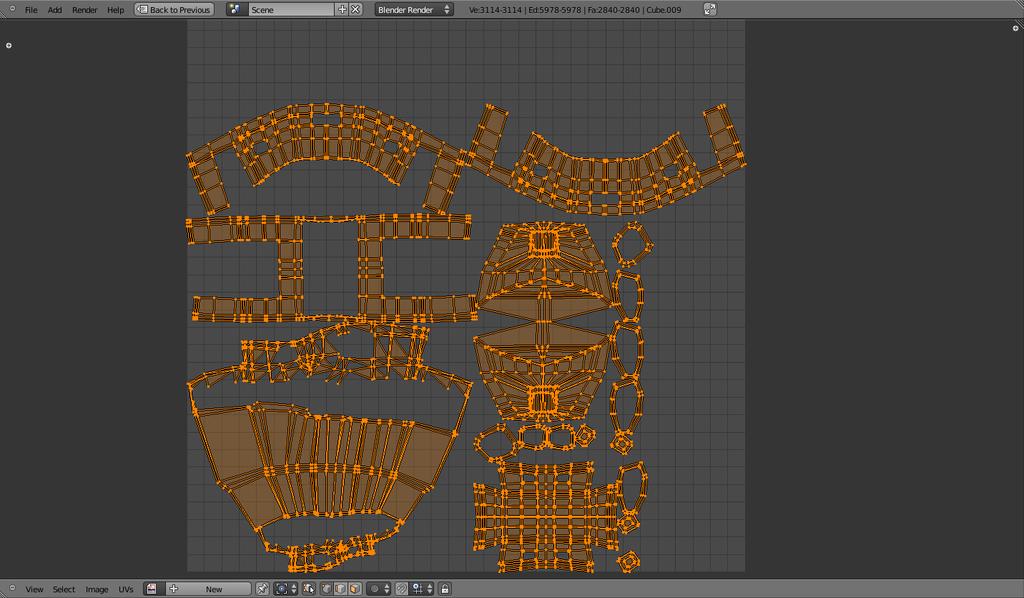 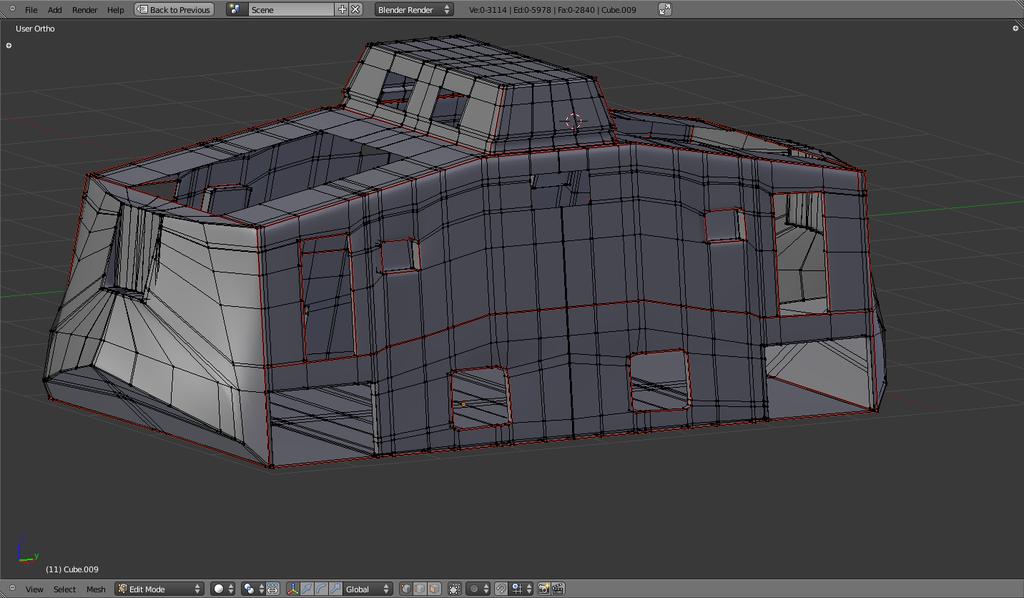 Oh boy. The topology is a mess =)
“acting strange” unfortunately isn´t much of a help to us?

Do you mean that it is unwrapped unproportional?
Then you got to select all in the uv-image editor and then >UV>average islands scale.
Or press ctrl+a

You might want to use a checkermap to see if you got stretching and scaling in your unwrap as well.

Most of it is unwrapping just fine, but the bottom and bottom of the sides are acting very strange.

I think this really needs to be a FAQ …

Whenever you have any strange mesh behaviour, start by:

Once you have done all that, and assuming you have marked seams in sensible places, you sometimes get a cleaner UV unwrap for a hard-edged object by using conformal unwrapping instead of angle-based.

Here are images of the area that I am having trouble with. I tryed doing what you suggested, but none of it really helps. More specifics: when it unwraps, it separates all the faces and treats them like separate objects, and turns them all into triangles on the uv window. I have no idea what to do about this problem. Sorry and thanks for the help. 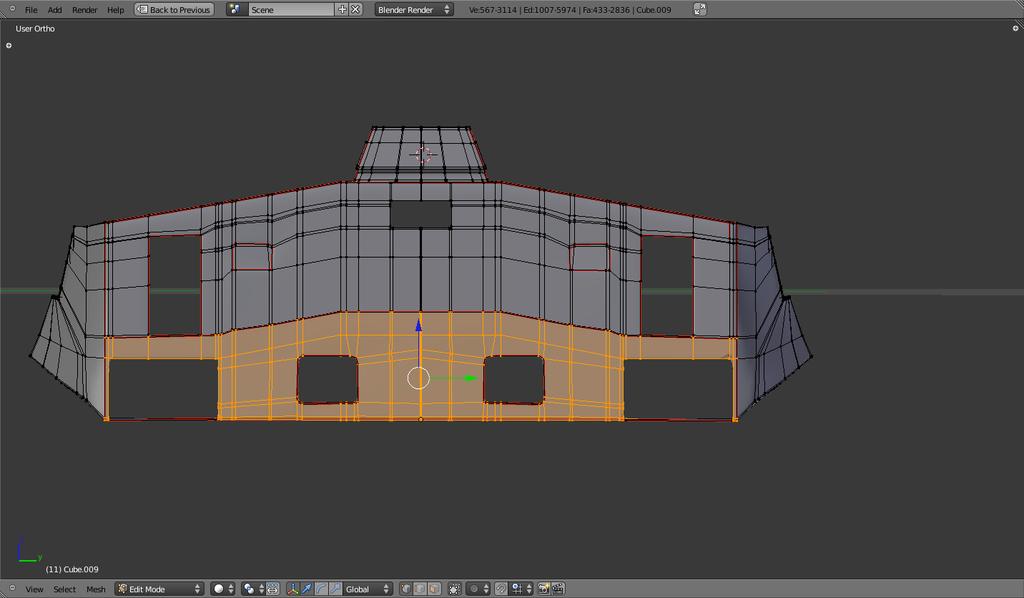 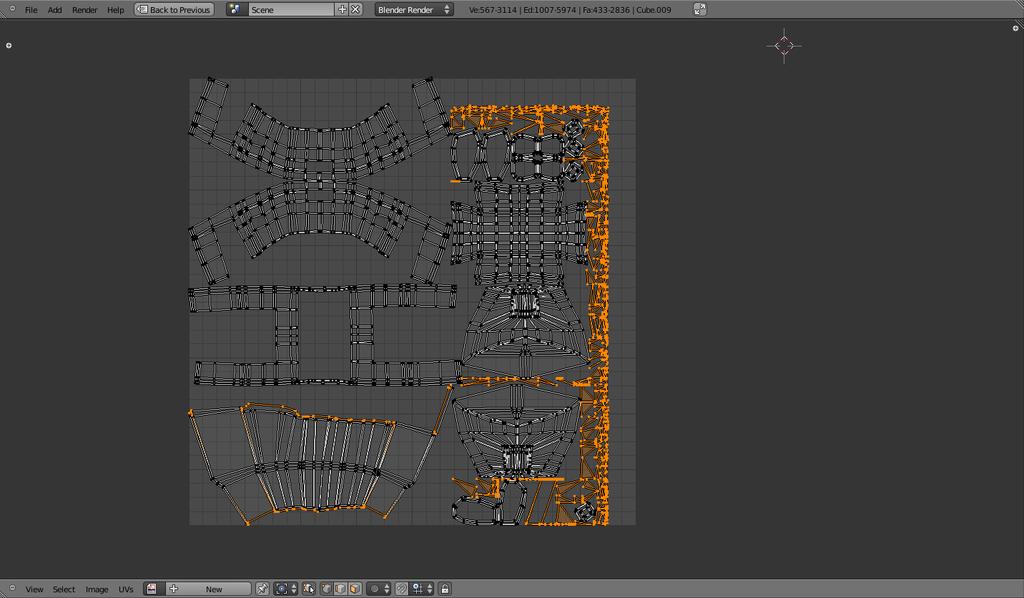 Looks like you have a few doubles in your model?
be in edit mode, vertex mode, select all, press w>remove doubles.
unwrap again.

I got it figured out. And thanks Arexma, that was the problem. Yay!