. It’s impossible to say for sure, of course.

But V-Ray for Blender has been updated for the first time in 3 years.

Vlado also low key confirmed that they’ve been working on it for the past couple months and now changing SDK to support better integration for Blender at app level as with Cinema 4D.

Seem like there is a glimpse of hope now that V-Ray can come to Blender for many users who need it.

I was once an early V-Ray adopter and beta-tester in the early 2000s, back when I was still using 3ds Max. A few features were my suggestions, such as the separatable highlight in the V-Ray Material, and I also created a MaxScript to automate V-Ray tasks across multiple objects with different V-Ray Materials, called The V-Ray Automator.

It will be fantastic… Hoping is free.
I hope that we don’t wait too much.

What does it do?

Chaos bought out Corona. Vlado is going as strong as ever. Didn’t know you were on the beta. Man, the amount of hours I put into learning Vray back when I switched from MentalRay. Nowadays you just hit render.

It’s an offline renderer. It does what Cycles does.

Man, the amount of hours I put into learning Vray back when I switched from MentalRay. Nowadays you just hit render. 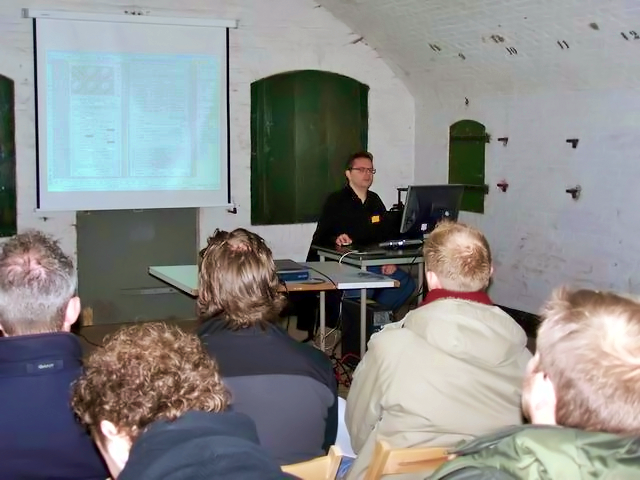 Before V-Ray I used to use and beta-test finalRender, which was the king of convoluted options and parameters, even more than V-Ray. But it was (and probably still is) also a great renderer.

P.S.: Sorry for attracting the attention to myself, @AlexeyAdamitsky . I’ll stop boasting about how long I’ve been in the 3D business now.

But it was (and probably still is) also a great renderer.

It is. I don’t particularly need it, but it would be HUGE for Blender ecosystem if V-Ray was fully supported and well integrated in Blender. I have no doubts about it. So I consider this great news that V-Ray for Blender gives some signs of life again.

I used VRAY (a somewhat handicapped c4d version of it) for a couple of years. Then switched to Octane. Was one of the early Octane adopters.

I was telling people 8-10 years ago on 3d forums: CPU rendering will die. It wasn’t a popular message and many people trashed me for it.

VRAY-Max-Architectural design always seemed highly connected. I was more interested in Mograph…and (at the time) c4d.

Hehe! I know that photo. Do you remember Brazil renderer in Max back then? It was built on the ‘Raytrace Material’ developed by Blur Studios, because of course we didn’t have true physical raytracing back then. There was even a slot in the ‘Raytrace’ material to put an environment for fake reflections because we didn’t have image based hdr lighting.

Nostalgia is taking me… in Italy we say “much water passed under the bridge!”
More or less about 20 years ago

Vray is a very good and fast renderer. It’s CPU renderer with a 3950x was basically as fast as the doing the same render with a Titan x and Quadro M4000.
Cycles is a very nice looking renderer though, in some ways I prefer the look cycles produces over Vray.
The thing I really miss from vray though is the baking functionality. You can easily bake large numbers of objects in a highly configurable way. It’s great for game development. I’d be interested to see if they can somehow bring that functionality to blender as well.
(That said, I don’t miss their update path and licencing BS in the slightest)

Omg, Mental Ray, just uttering the name triggers my ptsd. The hoops you had to jump through for simple GI. I also remember Brazil and FinalRender, but seldom used them (I was just a kid back then), but Mental Ray and Vray I used, and all the options… the GI methods… one for primary rays… another for secondary rays… final gather, photon mapping, radiosity and all that shit. I don’t hear about Vray so much nowadays, I think it was mostly used for archviz but then Unreal Engine pretty much stole that market I reckon.

Every archviz artist and product designers after relasing V-Ray and Corona for Blender: 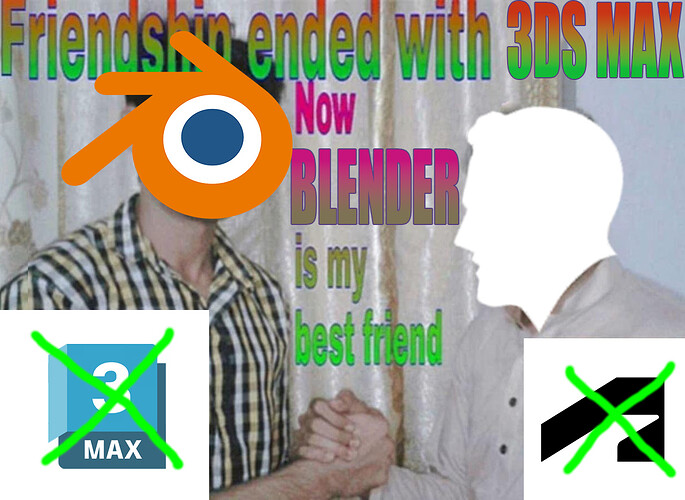 Those renderers for Blender would be a big pain in the a** for Autodesk, and big hope for a better Blender improvement and funding. I hope that there will be no a second part with FRIENDSHIP REGAIN WITH MAX when people discover that there’s no light linking or groups in Blender xD

God, yes, so many memories! The Raytrace material, it has made me wait so many hours, and was so crash-prone, particularly in the early years.

That must have been the “persecution years” for 3D artist. Training is held in a military bunker and everyone looks cold. lol

Haha, yes, this was the V-Ray assault course.

do we have any idea what the next steps for Chaosgroup are? Or one big black hole with no info as usual? Does anyone have any inside knowledge he/she wants to spill?

Subscription. $190+ year minimum, with 3 year option and monthly as well.[https://www.chaos.com/vray/blender#pricing]