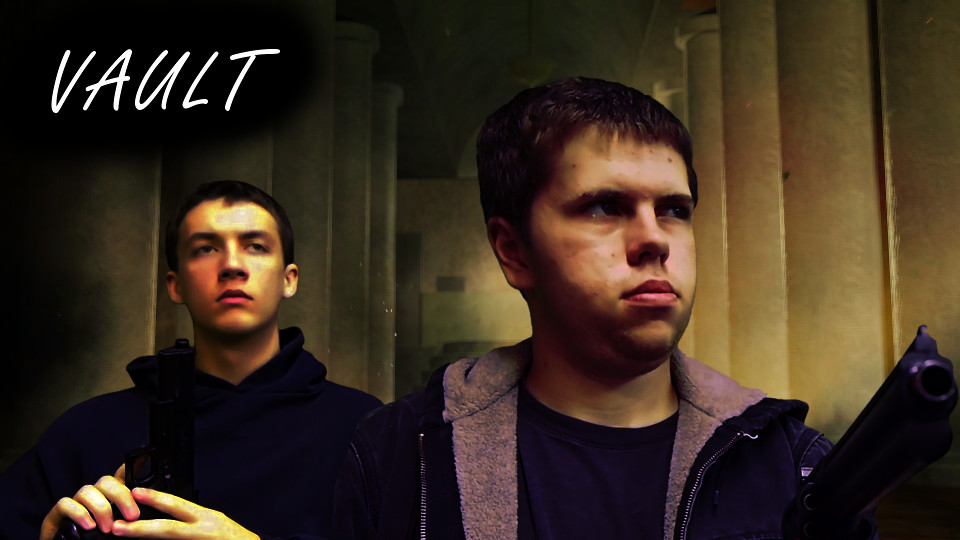 Finally finished another short film. Almost everything except the actors was done in Blender: models, animations, compositing, and editing. We filmed most of it on a green screen. This was our first project like this, so hopefully it’s not too bad.

Pretty ambitious project, so kudos for finishing it!

Some areas to improve:
The animated guy at the beginning was super hard to understand.
The green screening looked pretty good, but the environments were pretty lacking. Obviously making it all realistic would be a ton of hard work, but that is what it takes to make something look awesome.

For your first try, you guys did a fantastic job. Keep up the ambitious work and it will totally pay off.

Thanks for the feedback! We’ve done other films, so the only “first project” part was just about the amount of CGI, and since the film itself is rather small, it wasn’t much larger of a production than our previous work. Probably won’t be doing anything like this for a while, we just wanted to see how VFX were done.

Yeah, that voice being hard to understand was because the mic was pointed at the other guy… I cleaned up the audio a bit, but it would have been better to dub again (which was logistically impossible).