Here is a sculpture conceived and created in Blender exactly one month of work, including video editing and rendering in Cycles of more than 4000 frames, many of them rendered a second time to correct some problems. The mesh, after a final decimate, has about 25,000,000 faces and is obviously printable. 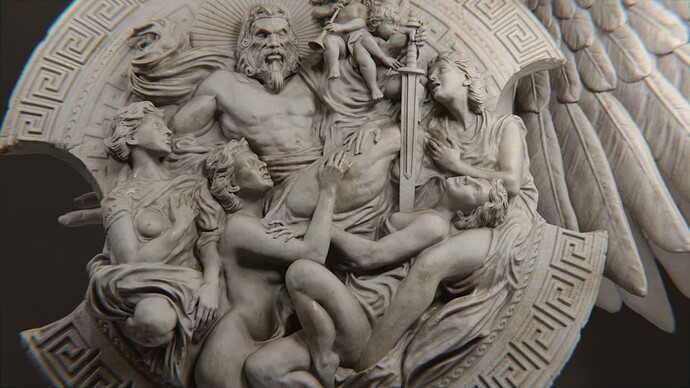 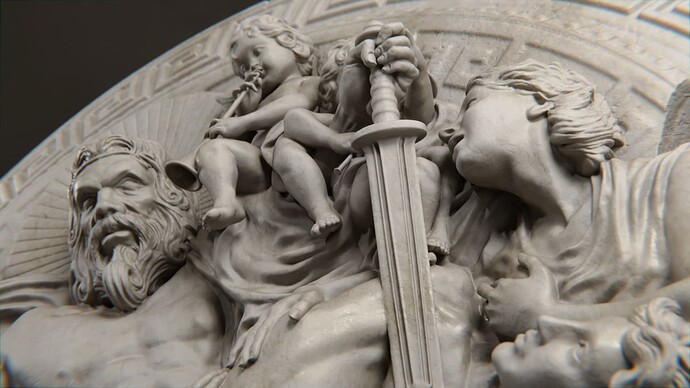 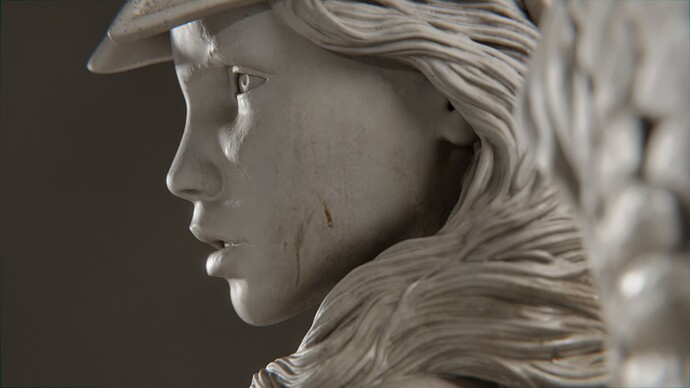 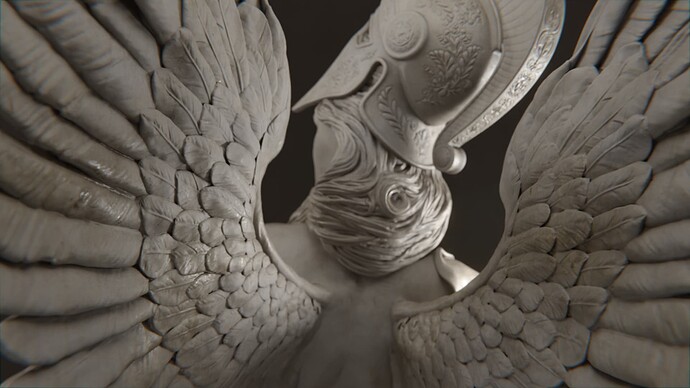 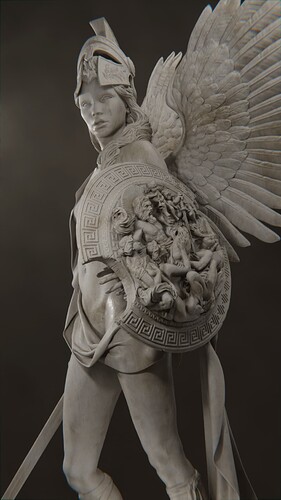 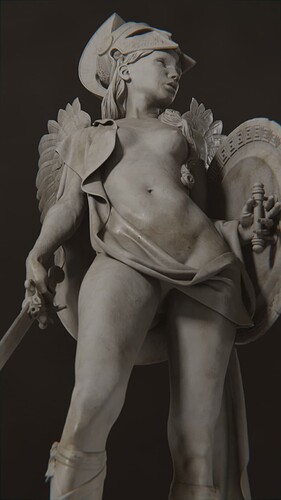 Great work! But the nudity requires the #nsfw tag - I added it.

@Christophe_Chambard @Mark06GT @ozgur1 Thank you all for your appreciation!
@bartv Sorry for that. Thank you very much!

Flat out amazing, and in only a month? Impressive!

2 posts were split to a new topic: The Escape From Jotunheim

everything must be a single piece for 3d printing? so that is all one big mesh?

That’s incredible work. Especially in one month. I assume there must have been a lot of posing and manipulation of pre generated assets ? I mean to get it done in that short of a time. But the finished figures have a real sculptural organic flow, dynamism and movement as does the rest of the elements, hair and cloth. Wonderful composition. The final poses especially of the Godless feel light loose and natural yet also enhanced and dynamic. It feels in her pose that she is properly bearing the weight of the sword shield and wings.

If you didn’t mind it might be nice to post bit more info about it because I think people would be inspired. Can I ask. what were your influences in doing this ? Did you work first by composing broad masses or finish individual elements to a certain level and bring them together ? It seems to contain a lot of real knowledge and study of the composition and forms of classical Greek and Roman sculpture as well as later renaissance influences. Although I can see from your folio it didn’t appear out of nowhere.

A masterpiece in a classic style only Italians can really do

@bandinopla Yes man, about 25.000.000 polygons.
@Toka Thanks. Also for your comment where you show a real interest in my work. A job that I completed in record time since, among other things, it wasn’t the only thing I had in the pipeline. My workflow in making a sculpture involves sculpting the larger volumes, increasing the resolution as the work progresses to take care of the details. The mesh was really hard to manage also because during the processing it reached quotas of almost 50,000,000 polygons that I was able to manage only thanks to a very powerful hardware. However Blender was not born to sculpt and shows all its weaker sides with the appearance of the first millions of polygons, resulting in the impossibility of using Boolean operations to join or separate parts which forces you to continuous join and voxel remesh. I don’t get the final figure from a single block (as a traditional sculptor does) but I often work the parts separately and then join them at a later time. I took care of the goddess pose after mirroring the main features of the subject by rigging the model and trying many poses.
I have always lived in Florence and I went to local art schools. When I think of the figure of the artist, I imagine classical sculpture and Renaissance works in the first place and I think these are the first references that every artist should retrieve for their works. But it is necessary to study. Unfortunately (I say conscious of being able to arouse unpopular reactions) I notice an increasingly invasive tendency of the oriental stereotype, which I keep at a safe distance as well as not appreciate for the artistic poverty that it manages to express. Really thank you for your interest.

Nice explanation, I love so much the story behind your great job. Can you say more about what you mean throught invasive tendency of oriental stereotype? any examples? You can even PM me in this case.

You’re on another level!