Here’s the last personal project I am working on; a viking.

The idea was originally to put an old folkloric viking on rock above a fjord but since I used references images from Ragnar Lothbrok from the TV Show “Vikings”, if I manage to do it realistic enough, I maybe tempted to stay with Ragnar and integrate him on a battle fight. Maybe behind a shield as they do the turtle technic or alone in a middle of a battle with particle of sands exploding somwhere around him. I don’t know yet, it’s another challenge that continue the target I seem to follow; photorealistic character.

For the moment I have the impression that I am perfectioning my thechnic but there is still an issue I can’t get rid of; it’s when I connect the ears to the head, I always get more vertices on the ear and it’s difficult to connect them without merging sometimes more than three points at once or creating new ones with the knife tool and then of course I encounter myself with tris or n gons. Well, since the ear doesn’t move I never had problems during animations but for the sake to model correctly, I’d really like some advices if you encouter the same problems. 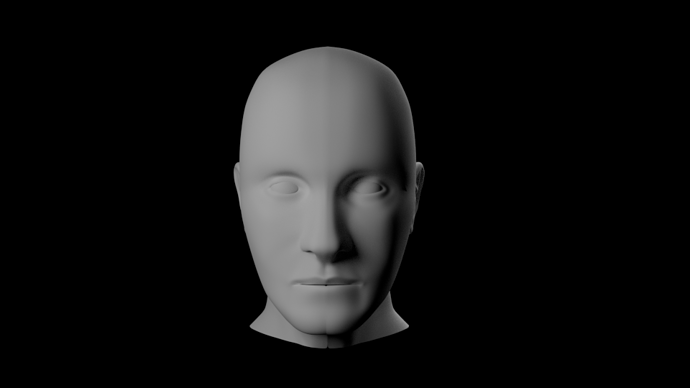 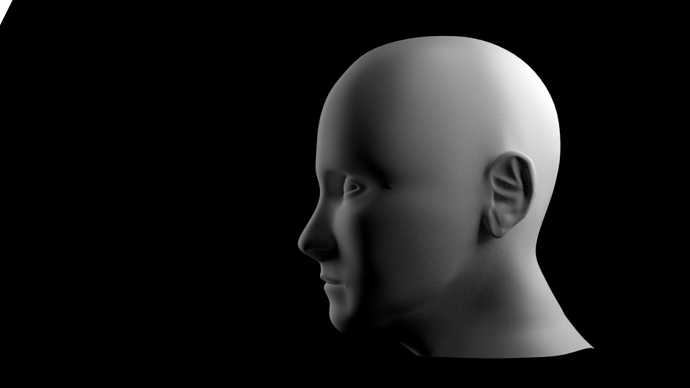 The good the bad and the ugly:

Here: http://www.cgarena.com/freestuff/tutorials/misc/earsmodeling/index.html is very good and easy tutorial for low poly modeling human ear. You simply have to many unnecessary vertices. Good luck!

Thank you very much bluexray for the encouragement and 3dnotguru for the tutorial you gave me. It’s very well done and I’m sure I will learn a lot.

This looks interesting! What you need to do now is sculpt in the detail in the face, then add the pore detail using alpha maps!

Check out Kent Trammell’s tutorial on how to create a realistic portrait, from CGCookie!

This is looking good so far. Are you going to give him a horned helmet, or make it more realistic. ( It turns out Vikings never had horned helmets) I haven’t seen the TV Show Vikings.

To connect the ears to the head you can use this link also :LINK 001
{If any of this information is incorrect - I’m a complete idiot & someone else will
get you the help you need}
I basically followed Jonathan Williamson’s tutorial and have no regrets.
I have highlighted the 5 faces that surround the edge-loops around the head.
Also if you end up with some strange dark shaded faces just use Flip Direction
in your tools settings.

Here is the tutorial I used :LINK 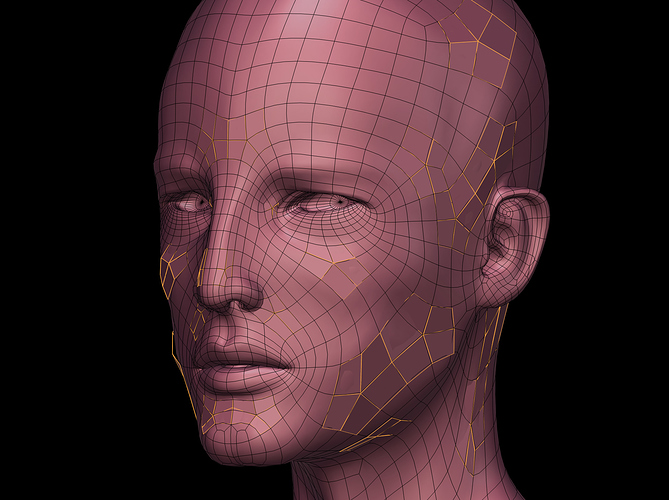 Had little problems with the access to the site… I think it’s okay now.

First of all thanks Montkey for the tutorial, it’s the same 3dnotguru gave me, it’s very useful. I will adapt this method to the next head I do.
There’s a technic in modeling to reduce the number of vertices using circle shapes… if you know what I mean, and I couldn’t figure it out how to do it, even if I watched other modeling using this technic but just one hour ago, I found more clues by accident.
You surely all know it but imagine you want to join 4 vertices to 2 others, you’ll create an hexagone. But if you merge the corners vertices you just need to connect the two looses vertices to the corners… yes I know it’s very confuse, I don’t know how to explain it … so here’s an exemple (just a little sample…) of what I mean. again it’s a very common technic but I couldn’t use it before.

Yes thank your the advices. Yes, that’s I am going to do. Following the Kent Trammell’s tutorial, I used histechnics when I made the ANBU ninja. I will use the same technic but just trying to do it better and cleaner. Surely pass more time on the SSS shader also.

But what I’d wanted to do here that I didn’t use before it’s the projection paint. I don’t know why but if there’s a function that I can’t understand how to use in Blender it’s the texture paint mode. It just never paints over the mesh, never works! Oh well, maybe once in a cube but I surely didn’t know how I did it and I recall know that it painted in purple whereas I chose the white… or something like that. I try with tutorials, reading… that function for me it’s a mystery. BUT I WANT TO USE IT BECAUSE IT SEEMS AWESOME !!
What I did for the moment for the diffuse tex of the skin was to pain on the UV Layer on photoshop. It works but if I want to use a photo based diffuse tex for the skin, I’d surely want to use the Kent’s technic with the projection paint.

This is looking good so far. Are you going to give him a horned helmet, or make it more realistic. ( It turns out Vikings never had horned helmets) I haven’t seen the TV Show Vikings.

Yeah at first I really wanted to do that of folkloric nordic guy with a horned helmet. I like this kind of imagery even if it’s… kitsch.

Here’s a reference image of Divico and a Ceasar. Divico was Helvet but… so I imagine that the guy I want to do is more Celtic thatn
a Viking but for the moment it’s just a guy so, he can change. And here are the last render test of the body.

I’m not going to model the bare feet because he’s gonna wear boots. 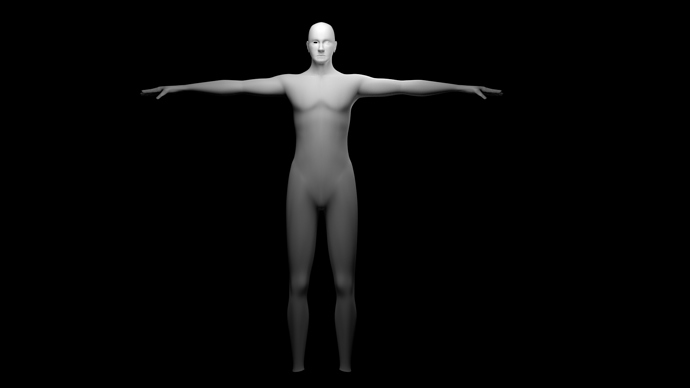 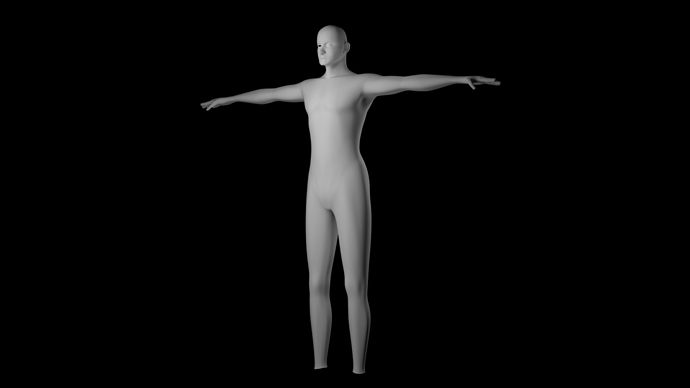 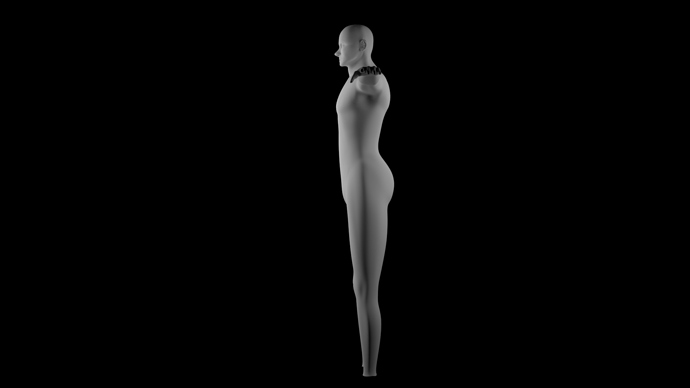 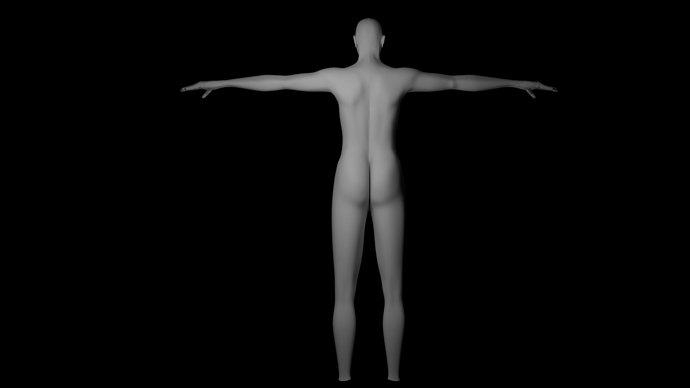 If forgot to post a rendertest of the hands.

What I am to do after the sculpting part is to bake the normals to aply on the face and the hands. Baking was another great option that I couldn’t use before as it never worked. I understood one month ago that I had to UV unwrap ALL the mesh and not just a part. It obliges me to dejoin the head and the hands to unwrap and rejoin after. It’s a waste of time but I don’t know how to do it differently for the moment but I’ll thinl about that. That makes me wonder why I took the effort to join the hands to the body… I lost tim and effort but it’s okay.