This is a Viola I made, I modeled it because it looked simple. Turns out that it was harder than i thought. 100% Blender, rendered in 50 mins.
Crits and comments welcome 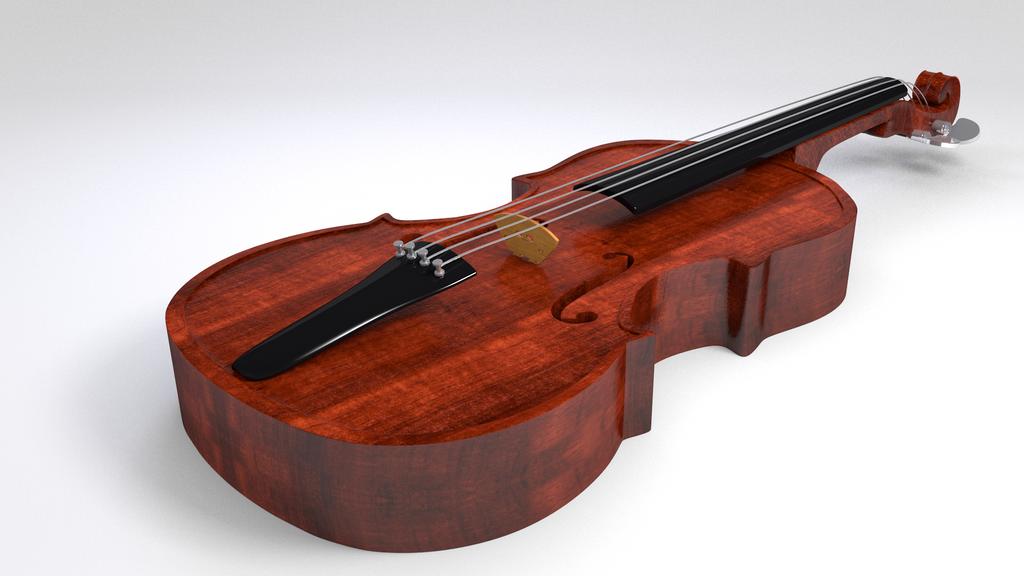 One of my favorite instruments.

It’s great but it is missing the bow

I agree with Michalis.
It looks like it was carved out of a solid block of wood…
Sorry, but to get a realistic viola, you’re gonna have to get more reference material and stuff.

Could develop into a masterpiece though.

Maybe I can offer my expertise. The wood grain is completely off. remember that the side is maple, and the front is spruce. Also make sure they are scaled right. There should be a kind of lip hanging off the edges of the front. Example. Also, the bridge doesn’t get smaller near the base, it stays conisitant. The pegs should not be made out of metal, but rather ebony or rose wood. The height that the fingerboard is floating off the body is a little to high. The tail peice should have a cord running down to the base where there is a pin. And finally, there should be a chinrest.

Thanks for the advice, will repost soon.

Nothing wrong with the composition in general…
Just the modeling needs a lot of attention.