Violin (for the music Nuts)

Just a little something i made for the music nuts out there. 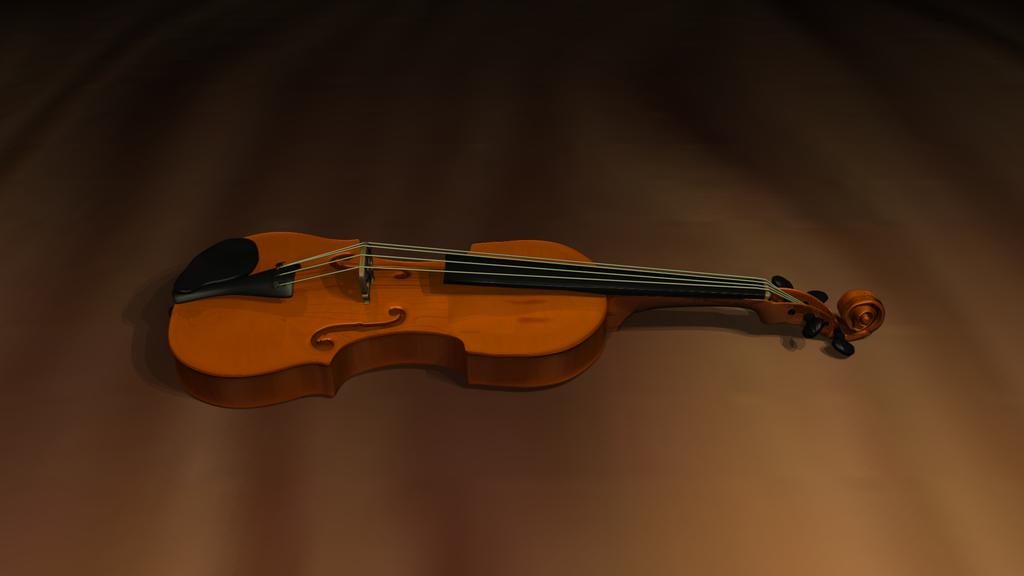 Wow - that looks nice, Guss! Nice attention to detail - how did you manage the f-holes? Are those in the mesh? Displacement? Texture?

Now, I have a tiny bit of experience in lutherie, so I’ll nitpick a little (but with love! all in the interest of helping, not hating!

The f-holes (sound holes) look a bit off in their positioning, and they almost look like indentations rather than full on holes. Also, although I know that flat-top violins do exist, that is not a traditional construction. They are almost universally arch-top (and back) which has a significant influence on the sound.

Otherwise, really nice work on the fingerboard, tuning pegs, and headstock! (what did you do for the scroll ornament?) Nice detail on the peg box, too - most others I’ve seen tend to blow that off as a solid block of wood. A real nit-pick here, but you might consider dressing up the purfling a bit - maybe something to stand it out more from the belly.

Good modeling on the details. The chin rest and the headstock in particular are excellent.

Yes, the f-holes are in the mesh.
Im aware that the whole violin is incorrect, but for reasons unknown, my original .blend file is gone, due to an unstable version of blender used at the time.
The violin does indeed have an arch top, but like a n00b, i lowered the specular hilighting to a point where you can’t see the bulge anymore…

im planning to do a remake soon, and i hope to post it soon.

please excuse my ignorance, but what on earth is a purfling??? (i dont even know how to hold a violin right, so…)

thanks for the coments, really helped!

Not sure where my reply went

Anyway … short answer now (sorry) - purfling is that thin “trim” around the instrument’s body seam - also called “binding”. It provides structural support. If you check out ref images you’ll see that they’re generally very fine, almost appearing as an ornamental carving, but they are in fact separate wood. On your model it’s visible at the ribs, but not so much on the belly. Hard to explain, but this image should give you a good idea: http://tinyurl.com/47chzz4

Again - all my comments are very nitpicky

- your model is almost all the way there. I’m just trying to give some polish points!

Nice job… when you do your remake, though, you should consider better textures, and hopefully some sort of more interesting scene.

I agreed with chabuhi. Also the f holes were a little big. Another thing is that the body doesn’t have enough curve. Plus the body looks a little long. When yo model it, keep in mind that it should look like a golden rectangle when in bounding box. Lastly, make the texture look more spruce-like. and the sides need to look like rich maple. Very nice scroll you got there though.

Oh, BTW, you should also make a nice bow to make with it (coda bows all the way).

Hey guys, thanks for all you helpful comments…:eyebrowlift:

@PlantPerson
I did do a more interesiting scene with the old model before I lost the .blend file…
here it is. I tried to adjust the specular hilighting in photoshop ang Gimp.
@chabuhi
thanks, man! I relly know a little more about violins now:o

@ everyone else
I really will try to improve on those little points in my remake.
thanks!!:yes: 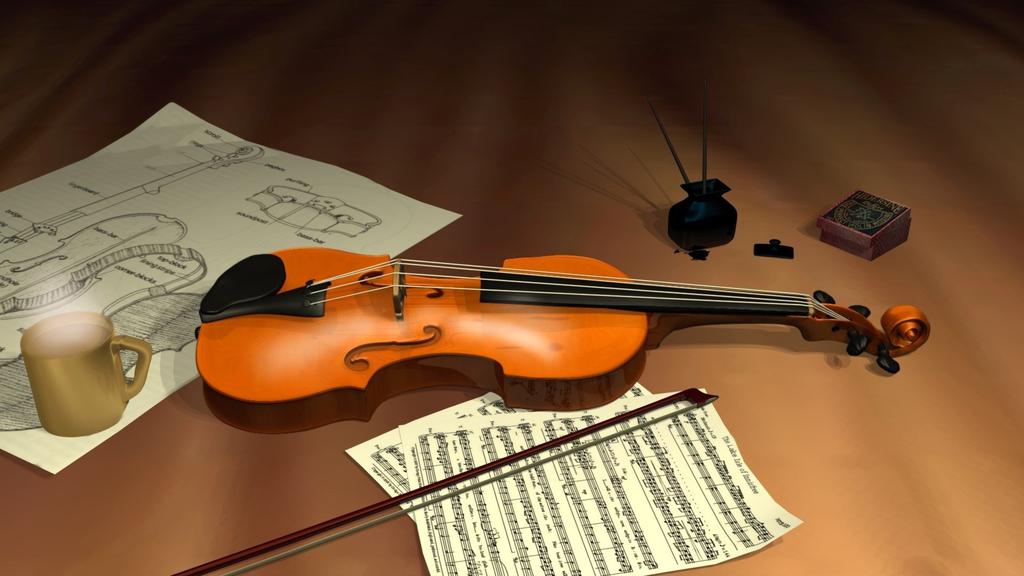